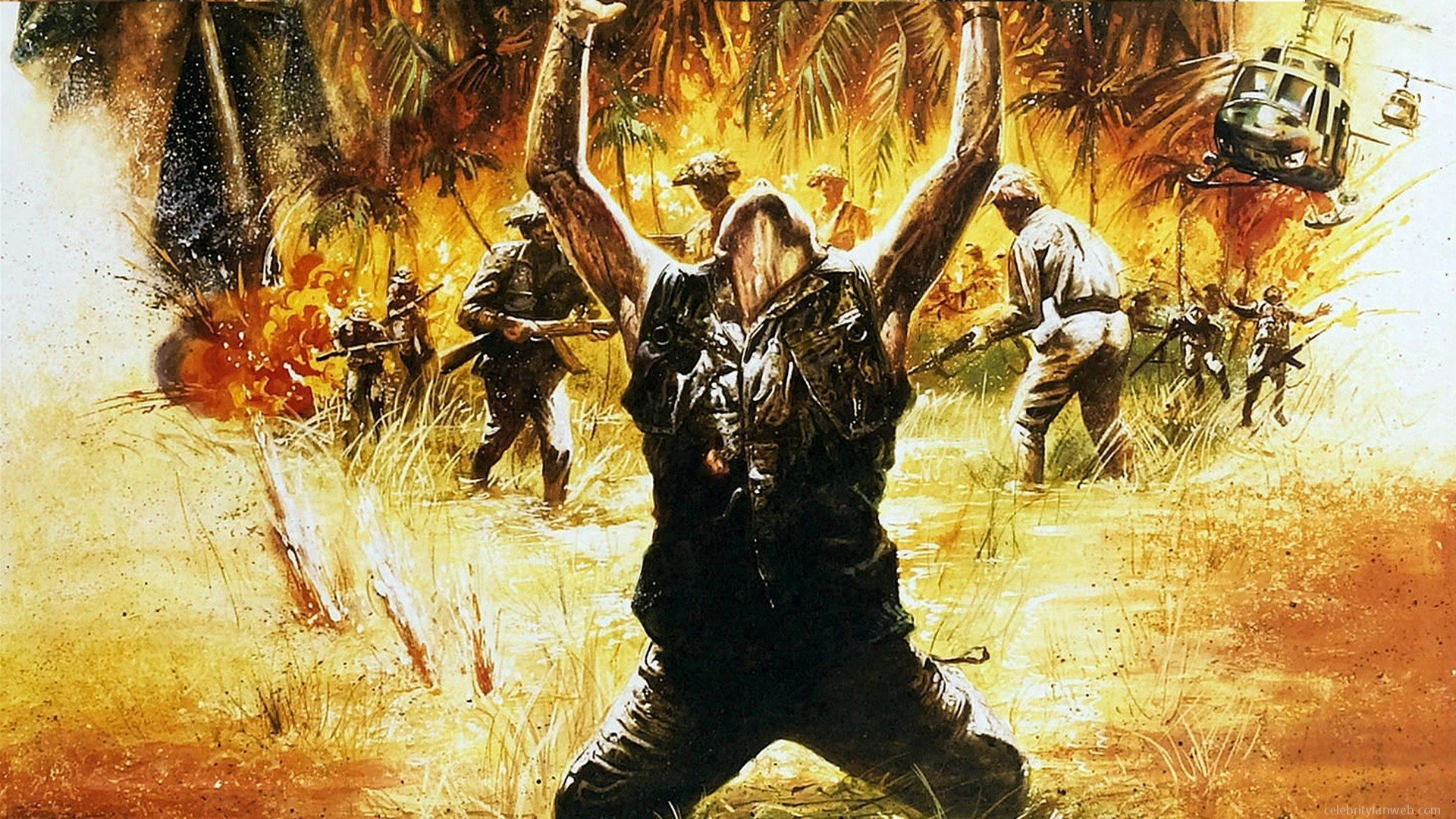 It’s a big anniversary year for the work of Oliver Stone. The Doors turned 30 this year and, on Monday, so does JFK. And also this week, another of Stone’s best films, Platoon, marks its 35th anniversary.

It’s well-known as one of the better films about the Vietnam War and was one of two to win the Best Picture Oscar (The Deer Hunter was the other.) Platoon was also the first Hollywood movie about the war to be directed by a Vietnam veteran, and one of three movies about Vietnam that Stone would direct, the others being Born on the Fourth of July and Heaven and Earth.

Platoon is a very, very bleak film, even by war movie standards. There’s not much levity, nor anything that makes war look exciting or cool. It doesn’t have many iconic images or moments, as is the case with Vietnam pictures like Apocalypse Now and Full Metal Jacket. In fact, it’s rather punishing, although there are quite a few things in it that were later sent up by Tropic Thunder.

Stone’s point, as he’s said in interviews over the years, was to make war look as bleak and dangerous as it was for him, even if it meant getting away from the conventions of the war genre.

Speaking of Apocalypse Now, which was released just 7 years earlier in 1979, that film of course featured both a lead performance and a great deal of voiceover narration by Martin Sheen. Platoon had a voiceover from Sheen’s son Charlie Sheen, whose voice is strikingly similar, and it’s a parallel that’s hard not to notice.

Also like Apocalypse Now, Platoon was filmed in the Philippines, whose jungle setting doubled for that of Vietnam. But while Francis Ford Coppola’s film was made with the cooperation of dictator Ferdinand Marcos — with Marcos lending the production helicopters and later using the same ones to fight rebels — Platoon started shooting shortly after Marcos fled the country in early 1986.

Sheen, during that brief window in the 1980s when he was considered a serious actor,  teamed up with Stone the year before Wall Street. In Platoon he played Chris Taylor, a middle-class kid and college graduate who signed up for the infantry, just as the director had.

His two sergeants are Barnes (Tom Berenger ) and Elias (Willem Dafoe), while the cast also includes such familiar faces as Forest Whitaker, Keith David, Kevin Dillon, Tony Todd, Stone regular John C. McKinley, and a very young Johnny Depp. Most of them do very bad things, and some of them have bad things done to them in turn.

The best performance in the film is by Dafoe. While Sheen’s character is clearly the Stone stand-in, there’s a bit of the director in Dafoe’s Elias as well, as the philosophical older soldier who’s got some perspective on things, and likely mirrors many of the director’s views on the overall geopolitics on the war. And his death scene is one of the best moments of Stone’s career as a filmmaker.

As for music, there’s a score by Georges Delerue, as well as pop tunes, but the piece of music most associated with the film is Barber’s “Adagio for Strings,” which plays both at Platoon‘s beginning and at various important points throughout.

Platoon isn’t Stone’s best film- that honor likely goes to either Wall Street or Born on the Fourth of July, and while JFK is the most expertly made of his movies, it loses points for being almost entirely false. But Platoon is near the top of the list of both his filmography and the Vietnam movie canon.

Harold and Maude at 50: A Love Story Unlike Any Other