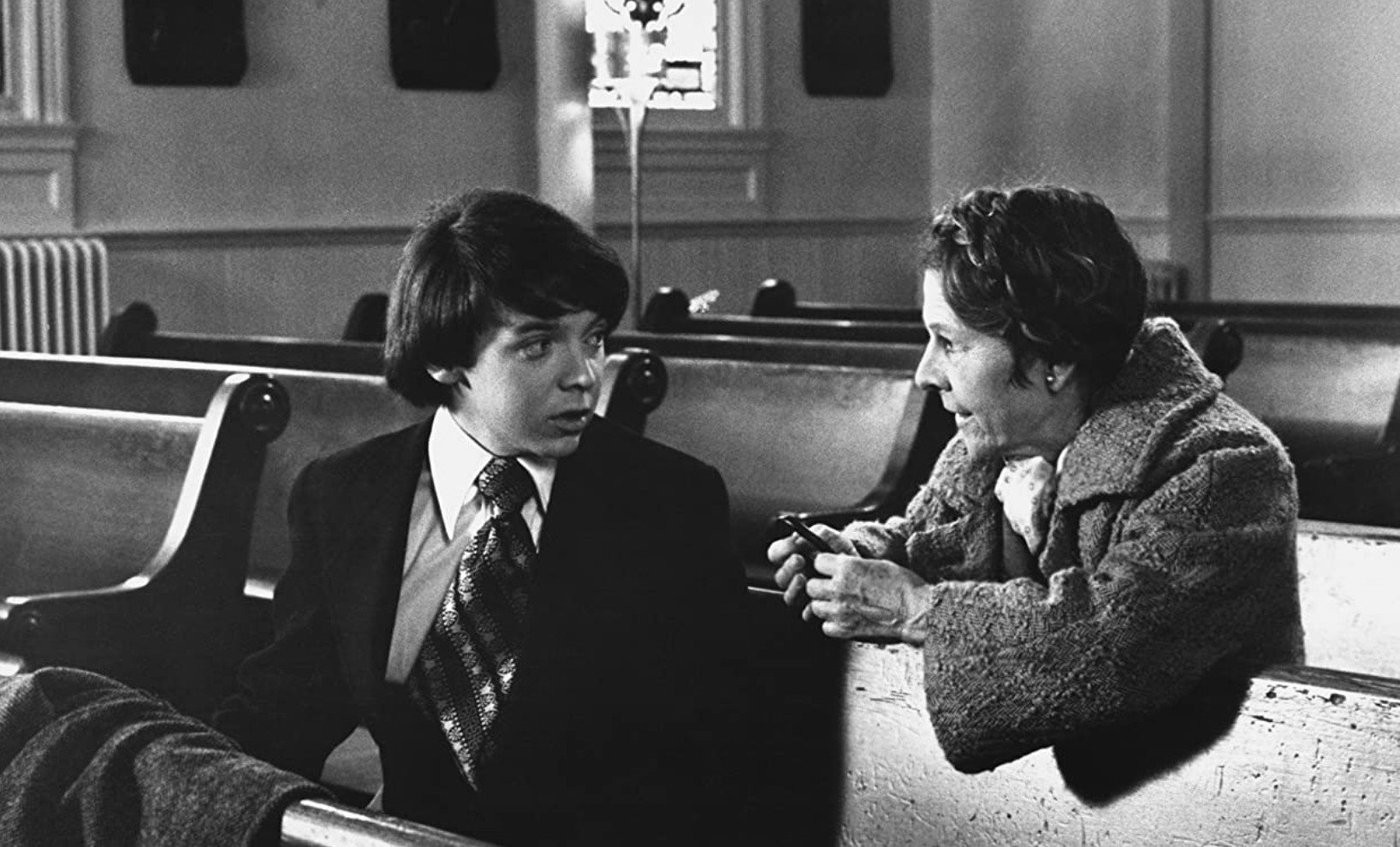 Revisiting a Classic: Harold and Maude

None of these movies, needless to say, is really an endorsement of pederasty. Those making a big deal about this seem unaware that depiction does not equal endorsement, and judging by some of the reactions, some have come to conclusions without bothering to see the movies in question. These people might through a conniption fit if they knew about 1971’s Harold and Maude, a film featuring what may be the largest age gap in the history of movies, at 60 years: Its male romantic lead is 19, and its female lead 79.

Harold and Maude, which more exemplifies the expression “it shouldn’t have worked, but it did” more than any movie I can think of,  is a romantic comedy, and also a very dark comedy. Harold (Bud Cort) is a depressed 19-year-old — though he could pass for 16 — who frequently pretends to commit suicide. He also drives a hearse, and crashes funerals, in order to reject his privileged upbringing. Harold soon meets Maude, a 79-year-old, also a habitual funeral attendee, and they form an unlikely bond and an even more unlikely romance.

He’s morose, despite (or perhaps, because of ) his wealthy circumstances, while she’s generally happy, despite some past trauma (including, in a mid-film reveal, her having survived the Holocaust.)

This all sounds dark as hell, and it is, but it’s also frequently very funny. Even its ending, while sad, also lands in something of a comedic place.

The movie’s secret weapon, though, is its music.  The film’s suite of songs, by Cat Stevens (now known as Yusuf) is exquisite, possibly the best collection of pop songs by the same artist in a movie besides Simon & Garfunkel’s songs for The Graduate.

Released by Paramount on December 20, 1971 — 50 years ago today — Harold and Maude was an idea so weird, and so beautiful, that it could only have arrived as part of the New Hollywood of the 1970s. Written by Colin Higgins, the film was directed by Hal Ashby, at the opening of a run of ’70s classics that also included Shampoo, The Last Detail, Bound For Glory, Coming Home, and Being There.

As illustrated in Peter Biskind’s great book Easy Riders, Raging Bulls as a microcosm of the New Hollywood’s death, Ashby’s career as a major filmmaker was essentially over once the ’80s started, and he died of pancreatic cancer in December 1988. Gordon had died in 1985, at age 88. Cort is still around, having gone on to a long career that included turning as the Skee-ball-playing God in Kevin Smith’s 1999 Dogma, and the bond company stooge in Wes Anderson’s 2004 The Life Aquatic with Steve Zissou.

Its 50th anniversary comes just days after that of A Clockwork Orange, a movie that couldn’t possibly be more different. But both are among the greatest, most unique movies of the 1970s.