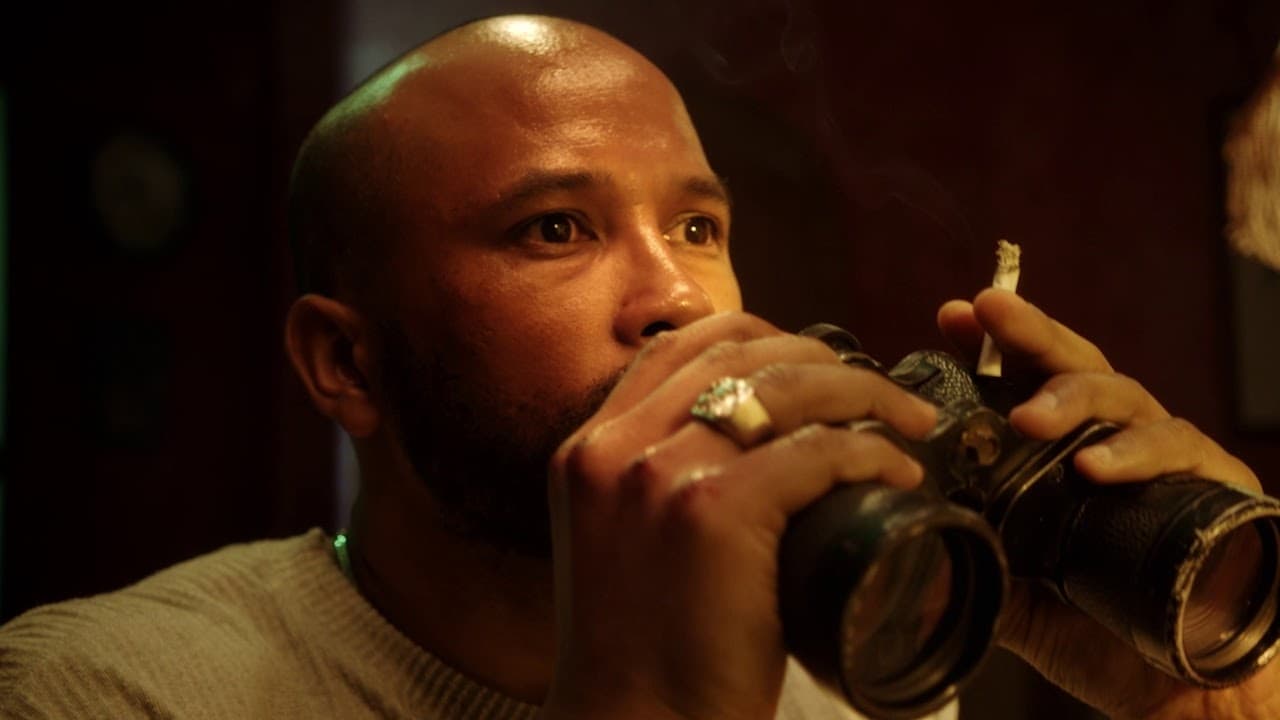 Of all Alfred Hitchcock’s masterpieces, Rear Window seems the least likely to connect to modern audiences. It has been the beneficiary (or victim) of numerous remakes and homages, to the point that its central story is familiar to most people, even if they haven’t actually seen the movie. The plot about a man who spies on his neighbors and in the process discovers a possible crime was sordid at the time, and is now even more so — plenty of viewers wouldn’t even give an ounce of sympathy to a man who peeps in on the private moments of others.

But Number 37, a new thriller from South Africa, suggests that maybe this story hasn’t been completely played out. The basic premise of Rear Window remains — a man peeps on his neighbors across the street with a pair of binoculars. But writer and director Nosipho Dumisa has crafted a story that’s not merely a Hitchcockian homage, but a pleasantly suspenseful thriller from an emerging talent worth watching.

Randal (Irshaad Ally) lives with his girlfriend, Pam (Monique Rockman), in a poor and crime-riddled neighborhood in South Africa. Randal has aspirations of luxury and wealth, things he hopes to obtain through a major drug deal that he has financed with the help of a loan shark notorious for exacting a frightful price for non-payment. When the deal goes south and Randal can’t repay his loan, he’s beaten to the point of paralysis. Newly wheelchair-bound and confined to his apartment, he begins watching the neighborhood with a pair of binoculars. During one gazing session, he comes upon a gang of petty criminals who murder a corrupt police officer. Fueled by a burst of hope and desperation, Randal plans to blackmail the killers in exchange for his silence, using the money to pay off his debts. Of course, it’s not quite that simple, and Randal comes to regret his ambitions.

Number 37 is based on a short of the same name made a few years prior. Dumisa’s visual style is a bit lacking — it uses many of the clichés of crime films rather than feeling particularly new — yet her great strength is in coaxing compelling performances out of her actors. There’s a noticeable change after Randal’s accident in which he casts off most of the boisterous personality that he put on when performing as a drug dealer. Ally expertly allows the character to break down as he fears for Pam’s life and his own. Rockman is particularly strong in the Grace Kelly role; a scene in which she tries to find a bag of money in the killers’ apartment is thoroughly chilling.

Yet despite how suspenseful Number 37 is, it’s impossible to ignore the fact that it’s basically a remake of Rear Window. If anything, that knowledge might complicate the current distaste toward remakes that afflicts so many cinephiles; after all, there’s nothing inherently wrong with a remake. Find a talented director, an inventive screenwriter, and a stellar cast, and you can still end up with a compelling film.

Fantasia 2018: ‘Microhabitat’ and The Cost of Happiness