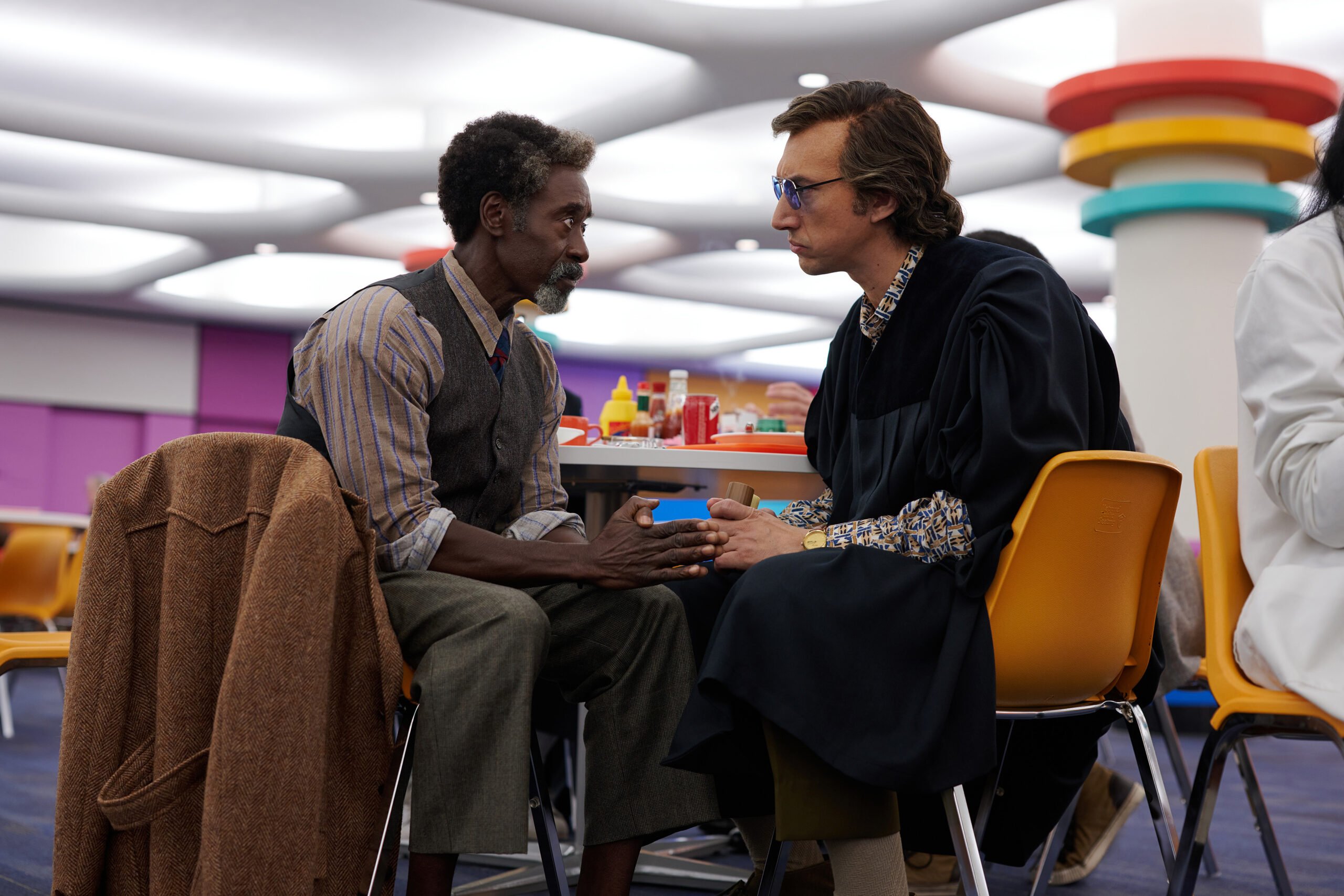 Noah Baumbach doesn’t usually have chase scenes or train crashes in his movies. They’re more likely to draw fireworks from people getting divorced, talking about getting divorced, or lamenting how hurt they still are by their parent’s divorce.

Instead, Baumbach’s new film is a bit of a 180. Not only is it the highest budget he’s ever worked with, but it’s much more ambitious: It’s an adaptation of Don DeLillo’s much-loved 1985 novel, one of those books long though unadaptable. Directors from James L. Brooks to Barry Sonnenfeld have taken cracks at it in the past, but Baumbach is the one who got it to the finish line, with a big release set for the end of the year in theaters and on Netflix (after Baumbach’s 2019 Marriage Story, the most memed film of 2019.) Following a Venice debut, White Noise was the opening night film at the New York Film Festival on September 30, where I saw it.

“White Noise,” the novel — which I have not read, although I gather that the film is rather faithful — is about family, academia, possibly apocalyptic events, and about a half-dozen other big ideas, all while juggling tones ranging from comedy to satire to horror.

Baumbach has sought to juggle all of those tones in the film version, and while there’s a lot of truly great stuff here, the director hasn’t quite pulled it all together. It’s a very complicated story, and it’s very understandable that the novel remained unadapted for the better part of 40 years.

The story focuses mostly on Jack Gladney (Adam Driver), a professor of “Hitler Studies” who lives with his wife Babette (Greta Gerwig, wearing a blond perm that must be seen to be believed) and their blended family of four kids. Two of them are played by Sam and May Nivola, the son and daughter of Alessandro Nivola and Emily Mortimer. Sam, in particular, is like the second coming of the young Jesse Eisenberg.

The early scenes establish this family, as well as their university life, in which Jack often goes toe-to-toe with Prof. Murray Siskind (a never-better Don Cheadle.)

The academic stuff, which also features the likes of Andre Benjamin and Jodie Turner-Smith, is the best thing about the movie, and a scene in which Driver and Cheadle deliver dueling lectures about Hitler and Elvis is one of the best of the year.

The film’s second act is built around something called the “Airborne Toxic Event,” when a train collision leads to a massive cloud that leads to both a short-term medical crisis and longer-term existential dread- one particular aspect of DeLillo’s novel which, needless to say, has taken on new resonance in the present day. The third act is about that angst, as manifested in the two leads’ corresponding fears of death, as well as detours into the caper and horror genres.

What undeniably works in the film are the performances. Driver, who put on weight for the role, acts somewhat against type but nails it, while Gerwig plays a one-of-a-kind character while acting in a film with her real-life partner, Baumbach, for the first time since Mistress America in 2016. (Driver and Gerwig last worked together in 2012’s Frances Ha.) The ’80s period detail is also wonderful, as the film masterfully recreates the Ohio of the 1980s.  The big setpieces are well-executed by Baumbach, who has mostly, in the past, directed people in rooms talking (though there’s plenty of that too.) The humor mostly delivers, and Danny Elfman’s score is fantastic.

What Baumbach doesn’t exactly nail is the pacing, as well as bringing it all together. It’s hard to nail down, exactly, what the movie’s big ideas are. And it ends with a much-ballyhooed end credits scene, scored with a new song from LCD Soundsystem. But the song, sadly, isn’t very good.

Baumbach has taken a huge, huge, swing here, and delivered some great things. But when it comes to filming this famously “unfilmable” novel, he hasn’t quite cracked it.