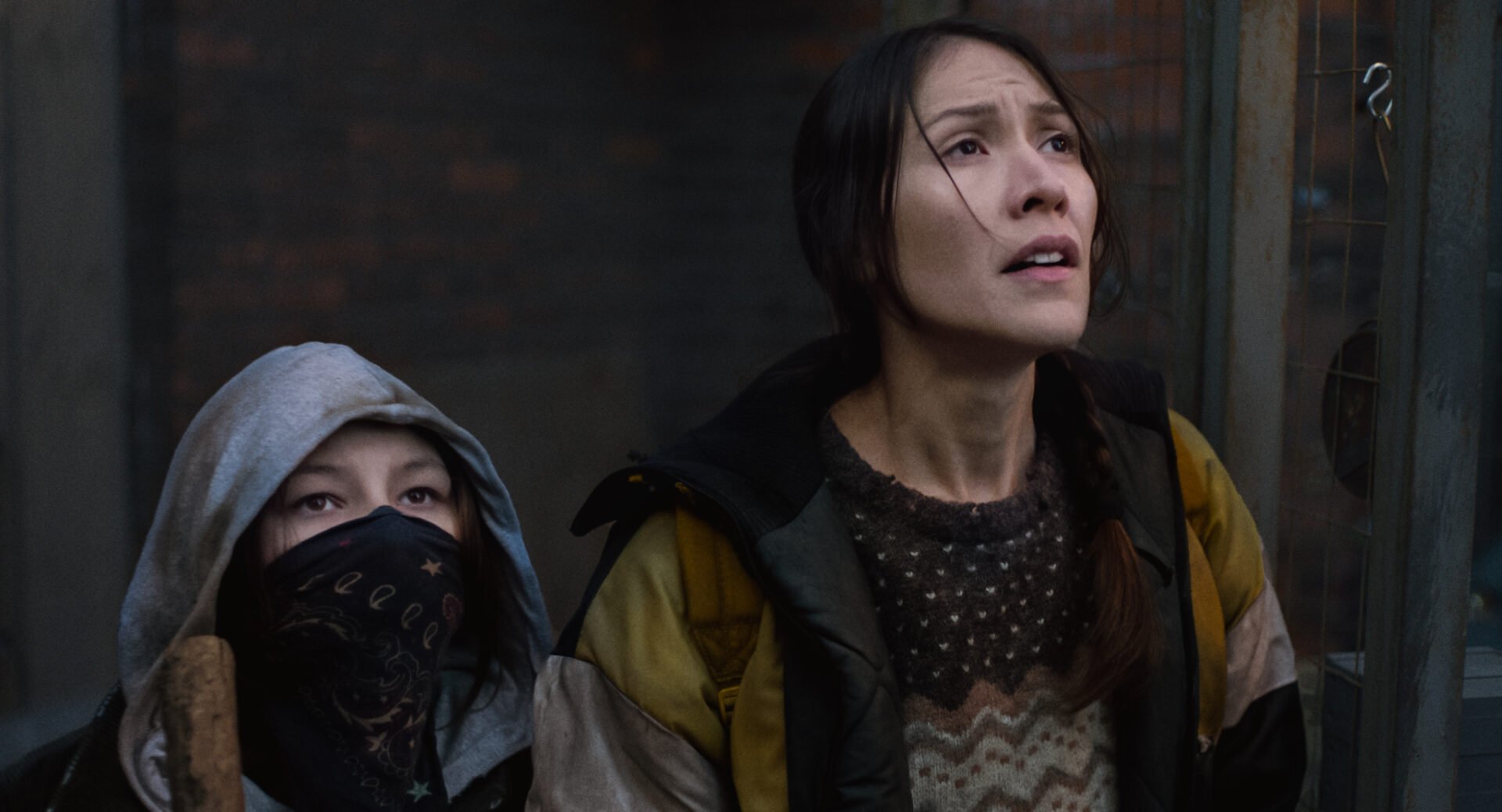 Despite its dystopian postwar setting, Danis Goulet’s Night Raiders leaves no question of its modern-day relevancy and historical context. Colonization prominently features as the centerpiece of the screenplay, emphasizing Canada’s often glossed over history through a near-future setting. As Canada reckons with its own past of Residential schools (Indigenous children would be taken from their families, abused, and their history and culture often eradicated), Goulet’s feature debut places them, and the society that allowed them to exist, under the microscope. Though ambitious to a fault and slightly rough around the edges, Night Raiders is a modernized and vital encapsulation of Canada’s (and other nations) history with Indigenous peoples.

Due to its incorporation of colonization, Night Raiders only feels slightly detached from reality. As children are taken from their families and put into schools that are essentially just glossed-up re-education camps designed to eliminate the population’s cultures and beliefs, many stand by and simply accept this as the way things are now. However, when Niska (Elle-Máijá Tailfeathers) is separated from her daughter, Waseese (Brooklyn Letexier-Hart), she joins a Cree vigilante group to break into the school and save her.

The opening scenes of Night Raiders set up a hostile environment, reminiscent of the video game The Last of Us in its bleakness and relative distrust of everyone. Every costume and element of production design gives the world a feeling of being lived in, but also divided. In those initial few moments, it’s Niska and Waseese’s relationship that feels like the only understood truth of the world and ends up the strongest element of the film, carrying most of the emotional weight. That’s largely due to the performances, none of which feel particularly showy but all feel weathered. Everyone appears to be at the end of their rope, desperate to find some form of hope to cling to in an increasingly hopeless situation. When the film tries to introduce other dynamics into the fray though, they all pale in comparison to Niska and Waseese’s relationship.

Everything outside of the mother-daughter relationship feels eerily close to The Hunger Games franchise, except instead of tributes being taken to kill each other, kids are being taken to kill their own land. It’s an ambitious conceit that Goulet ties neatly into the history of the residential school system, but the film often buckles under its own weight. Once Niska and Waseese separate, the film’s conceit is all it has going for it as we’re introduced to the Cree vigilantes fighting to keep their history alive and the mother-daughter relationship feeling more like a plot point than impactful to either character.

Still, even when it seems like it has too much it wants to say, it all ties into its central premise. There’s a lot to explore when drawing the parallels between its premise and Indigenous history, but Goulet’s reach exceeds her grasp. The anger and passion for the subject are clearly on display giving Night Raiders plenty of power, but the movie itself loses thematic focus a few too many times to leave a lasting imprint.