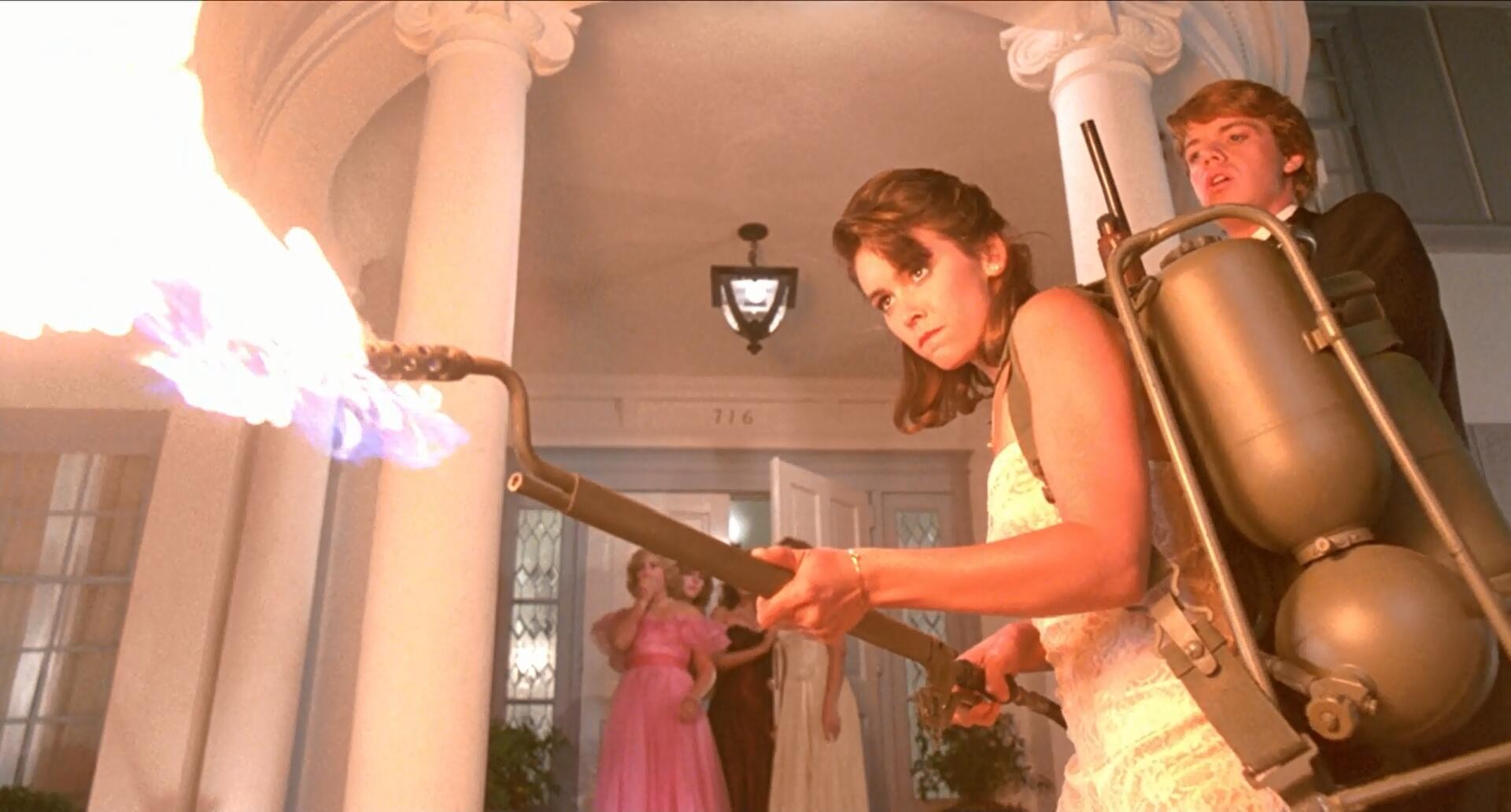 The debut feature by writer/director Fred Dekker is notable as an earnest attempt at a B-movie and a throwback to the genre. Paying tribute to everything from plots, themes and to the filmmakers that created them, Night offers alien parasites, zombies, extra-terrestrials, a sorority house, Prom Night and a 50?s opening prologue involving an axe murderer. Dekker goes so far as to pay tribute to his idols by naming every character after a famous filmmaker. There is the love interest, Cynthia Cronenberg, a police sergeant named Raimi, three other characters named Miller, Carpenter, Landis and of course, Detective Cameron, played by Tom Atkins.

Atkins steals the show, delivering the film’s most memorable lines including the classic: ‘I got good news and bad news, girls. The good news is your dates are here. The bad news is they’re dead.’ He perfectly embodies the hardboiled detective – worn out, all attitude, sarcastic and tough as nails. Jason Lively’s likable lead Chris Romero, and Steve Marshall, his sidekick J.C. (James Carpenter) share some sharp and witty dialogue and work well off each other, particularly in a couple of scenes that prove quite unexpected and touching (one involving a message on a tape recorder). Working on a shoestring budget, Dekker and award-winning make-up artist David Miller (Thriller music video) manage to deliver some quality effects and enough gore and blood to please horror aficionados. Visually, the film is a treat, from the opening grainy black and white photography to the vintage ’80s neon colors to the long tracking
shots and the nostalgic period detail.

Although never considered a genuinely scary horror film, Night of the Creeps was a film that caught attention for its original screenplay, special effects and it’s campiness. Dekker succeeded in making a horror movie that has it all: a dash of romance, scares, lighthearted comedy, nostalgia, camp, a touch of drama and a bit of gore.
Ricky D

Nosferatu’s Count Orlok, One of Cinema’s First and Most Inimitable Vampires