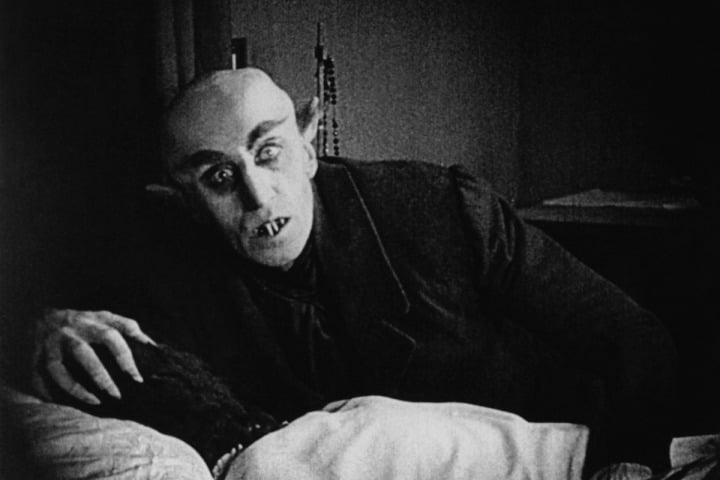 Vampires are the cool kids of the monster set. They’re attractive and alluring, mysterious and sexy. Sure there are drawbacks, but who hasn’t weighed a lack of sunshine and a garlic-free diet against eternal youth and power, and at least entertained the idea that they’d sign up for a set of fangs? At one point or another, usually during our angsty teenage years, we’ve all thought it would be cool to be a vampire.

But no one wants to be Count Orlok.

94 years after his debut in F.W Murnau’s Nosferatu, a Symphony of Horror, the film’s vampire (and his various reincarnations in several notable remakes and homages) remains fairly unique among his vampiric peers. He isn’t sexy, unless pallid skin, ratlike features and a glassy stare are what get you going. He isn’t alluring or seductive. There’s nothing of the carnal about him. He doesn’t display that much in the way of overt supernatural power, through feats of strength or even the ability to pass on his curse. He isn’t a dashing, entrancing creature of the night; he’s a leech, a parasite that brings infection in his wake. Rather than a being of supernatural might, Orlok is, in most regards, a rather pathetic specimen.

Having failed to obtain the rights to directly adapt Dracula from Bram Stoker’s estate, Murnau was forced to change his vampire into a more original creation, though this didn’t stop Stoker’s estate from seeking legal action later. Stoker described his Dracula as old, but with a wolf-like vitality and cunning to go along with a certain elegance. Orlok, meanwhile, moves with the stiffness of the dead, his features grotesque and his gaze often blank and unreadable. There’s an animality to him, but not in a cunning way. He expression often seems mindless, as though he’s driven only by hunger and instinct. There’s as much intelligence and humanity in his eyes as you’d see in a rodent’s. He’s repulsive and in many ways sub-human. 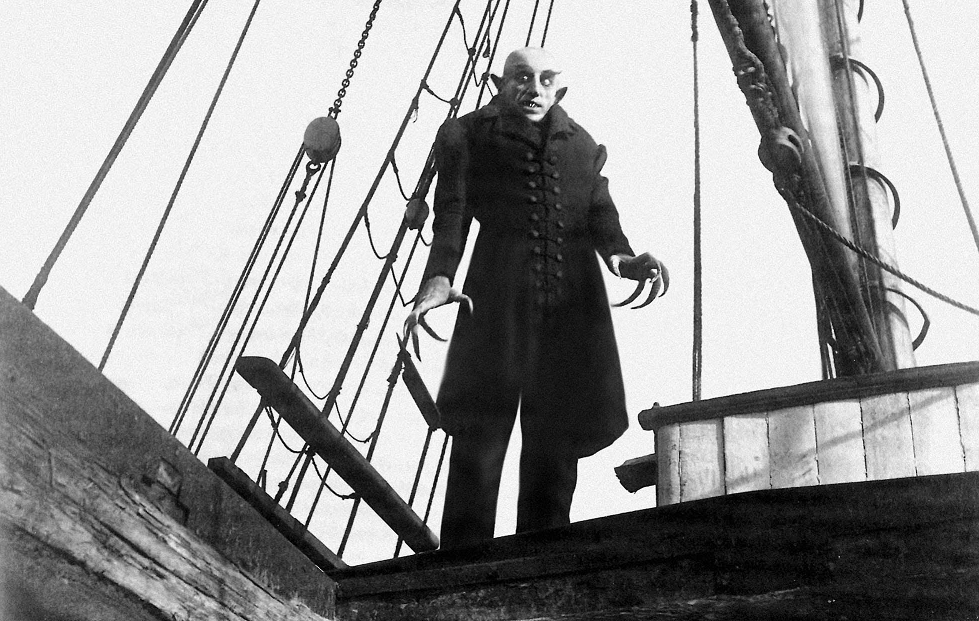 In this, he stands largely alone among the vampires that have graced the screen, and fiction at large. Even in the earliest popular vampire texts, like Stoker’s Dracula and Le Fanu’s Carmilla, the depiction of vampires has been more powerful and predatory than the verminous Orlok, and this tradition has continued. Dracula, of course, has remained a romantic figure since his inception. From Lugosi to Lee, Oldman and even up to Luke Evans, the king of the vampires usually cuts a dashing figure. This has continued with modern vampires like Angel, Lestat and numerous others.

Vampires have become synonymous with the carnal, the forbidden. In short, with sex. One can’t deny the imagery of the entrancing stranger, usually from abroad, appearing mysteriously to enchant young women, only to appear at their bedside to erotically lunge for their neck. Of course, there is a certain xenophobia in all this as well, the fear of the strange foreign man, come from across the sea to make off with our women. When it comes to the classical depictions of the vampire, it isn’t hard to see a streak of racism and patriarchal thought.

These days, though, those somewhat unsavory subtexts have been leeched out of the vampire. At their most romantic, they’re the tortured loners, poets and artists and misunderstood romantics, at war with their instincts and usually awaiting a fated love. At their most predatory, they’re sex and danger incarnate. They’re beautiful and well-dressed and throw the best parties. They’re the boys and girls your parents warned you about, the ones who lure you into an exciting but dangerous world of pleasure that more often than not spits you out when it’s done with you. They’re fearsome and strong, and often have ambitions of terrifying scope and malevolence.

All except Orlok. Poor, lonely Orlok.

There’s nothing enviable about him. In Werner Herzog’s 1979 remake, Klaus Kinski’s vampire is an inveterate sad sack. He comes to Wismar to seek the companionship of Lucy Harker, only to shrink back when she rejects him. He seems despondent and lonely, but not in a tortured and romantic way.

In E. Elias Merhige’s Shadow of the Vampire, which presents a fictionalized account of the filming of Murnau’s Nosferatu in which actor Max Schreck really was a vampire, Willem Dafoe plays Orlok/Schreck as a despicable villain. Dafoe’s Orlok has more malice and cruelty to him, more perverse glee in the selection of his victims. He grins and chuckles where Kinski would have moped, and the real Schreck would have remained cold and impassive. Again, he’s a far cry from most film vampires. Across all versions, despite differences in performance, Orlock remains one of the most outwardly monstrous vampires, in demeanor as well as appearance. So why then has the Orlok-style vampire remained a niche thing, in favor of your more typical bloodsucker? Perhaps it’s because the evil you don’t see is more dangerous and frightening than the one you do. Vampires, traditional vampires that is, remind us of the silent malice that potentially lurks behind the face of every stranger in the crowd. The guy standing next to you at the bus stop, an average looking person by all appearances, could secretly be a serial killer, a rapist, a monster on a level you can’t imagine. Anyone looking at Count Orlok, in any of his versions, should probably know to maintain a healthy distance, but the more human-like vampires remind us that evil is rarely detectable to the naked eye. There might be a strange look or something unsettling in his demeanor, perhaps, but so many predatory behavior patterns persist in our society because there’s simply no way to spot them for sure until it might be too late. There are plenty of ghouls and zombies and other assorted beasties whose evil and malice is reflected in their appearance. Vampires, almost uniquely, can look like anyone, and perhaps that’s the scariest thing about them.

Or perhaps it’s because of that almost ever-present link between vampires and the carnal. As discussed before, vampires are often used as a stand-in for the dangers of carnal indulgence, and there’s very little carnality to be found in Orlok. Vampires, in a way like many 80s slasher movies, are often used to illustrate somewhat puritanical fears surrounding sex. Sex, we’re told, is dangerous and potentially deadly. Which is true, of course. But there’s a conservative (again puritanical) undercurrent to a lot of horror, and vampires have often been used to give voice to that conservatism’s outlook on sex. Vampires are the sirens, the succubi, the tempers. You may want to answer their call, but if you do, you’re doomed. If that narrative is the one you’re pushing in your vampire story, Orlok probably isn’t the vampire you’ll be calling on.

And then there are the vampire stories used to talk about sex in the opposite light, a sex-positive one. Either for the sake of titillation, or in a story about sexual empowerment or awakening, vampires can be a potent metaphor for defying society’s expectations, embracing the carnal and finding power and independence in it. And what power and liberation is there to be found in Orlok?

But these are just some of the ways that vampires have been used from a subtextual perspective, and the list of stories vampires can be used to tell goes on and on. Sadly, few of those stories seem to have a place for Orlok and his few kin. We’ve chosen how we like our vampires, and we like them with hair and good posture. The Orlok-style vampire has never really been in fashion. Perhaps that will change in the future, perhaps not.

In the mean time, raise a glass to Orlok. He’s one of cinema’s first vampires and without any doubt one of its most iconic. He has few imitators, and maybe that’s because on a very important level he’s inimitable. But there are stories you could tell with Orlok, and vampires like him. There are truths you could explore, themes you could ponder with a vampire who represents the less glamorous kind of un-death. So maybe it’s time the rat-fangs and pointy ears got dusted off, and the open shirts and slinky dresses of most modern vampires took a bit of a sleep.

‘Night Of The Creeps’ – a horror movie that has it all