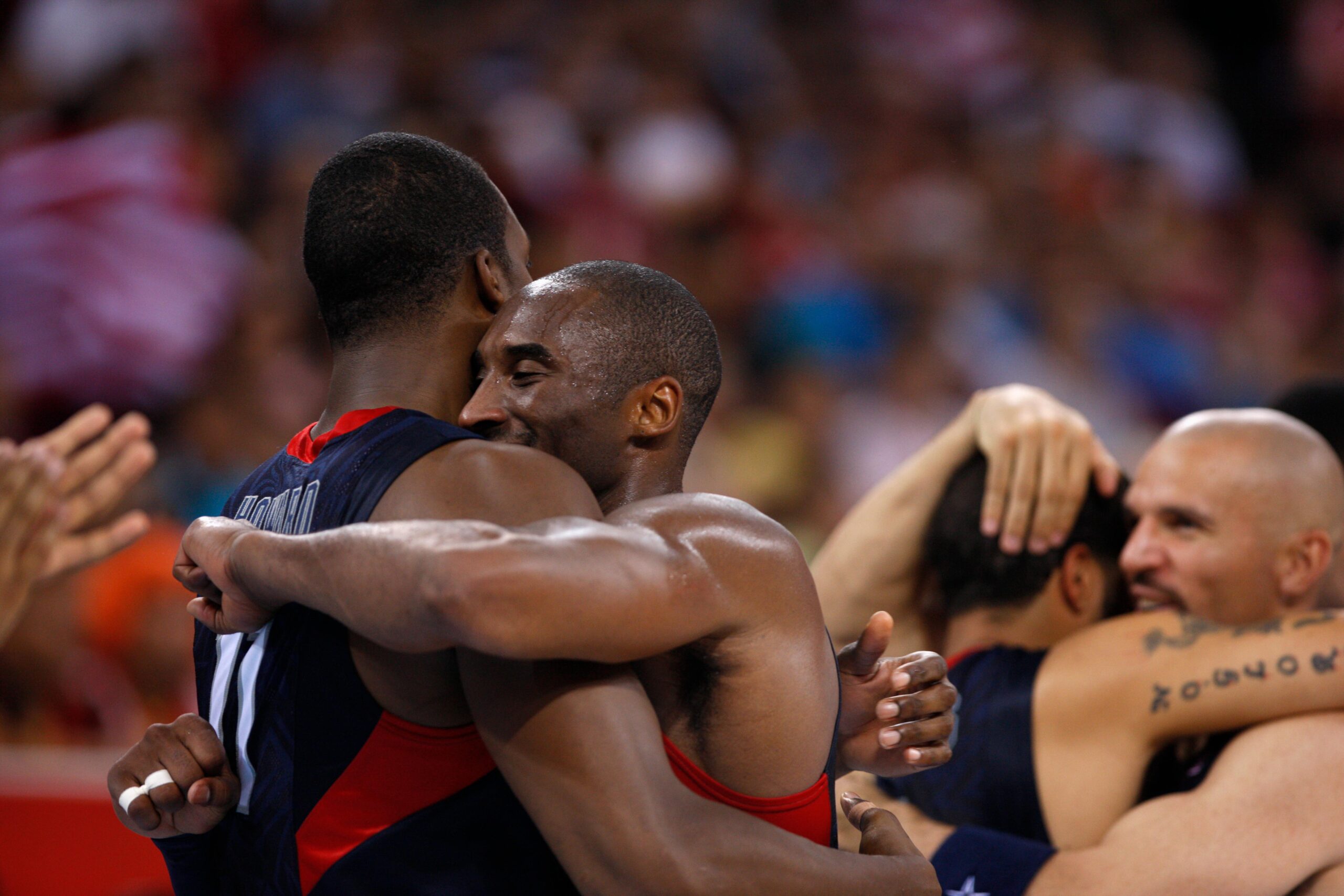 In 2004, the United States Olympic men’s basketball team lost the gold medal for the first time since professional players were allowed into the Games in 1992. This was such a national embarrassment that it occasioned a Herculean effort, led by USA Olympic boss Jerry Colangelo and coach Mike Krzyzewski, along with a multigenerational coalition of superstars like Kobe Bryant, LeBron James, and Dwyane Wade, to get Team USA back on top.

This team, which successfully won gold in Beijing, was called “The Redeem Team,” and that’s also the name of a new documentary about them, which debuts on Netflix on October 7. It’s a pretty straightforward sports documentary, with talking head interviews interspersed with game and practice footage of the team. The biggest surprise from the old footage? There’s a lot more cursing from Coach K than we’re used to hearing. And like most docs of its kind, it goes into a play-by-play mode of the championship game, at a certain point.

The film has a great deal of nostalgic value, although someone undercut by the usual sports documentary caveat of the participants telling their own stories.

As the story goes, USA Basketball decided they had to take the international competition more seriously, and therefore required greater commitments from players. The narrative, not particularly questioned by the documentary, was that they needed the right kind of discipline from someone like Coach K, who had been coaching college players for his entire career.

The team was led by the trio of James, Wade, and Anthony, who were super-young when playing on the 2004 team but had matured four years later. Also on the team, as something of an elder statesman, was Kobe Bryant, with LeBron and Chris Paul the last two active players remaining from that team. Dwight Howard was on the team, but you’d barely know that from watching the documentary. The same with Deron Williams (remember Deron Williams?)

There are various efforts made to put the situation in historical context, with the team and its host country resented by those angered by the Iraq war, and the team is visited by wounded soldiers, implicitly tying their struggle to that of the team. The film also sees the need to revisit the time Russia screwed the U.S. team out of a gold medal in 1972 (Doug Collins, that team’s star, had a son who was an assistant on the 2008 team.) Collins’ appearance recalls that great archival moment in The Last Dance in which a sports anchor announced Collins’ firing from the Bulls with “if you’re getting ready for work right now, you’re probably not Doug Collins.”

The film was made with the cooperation of USA Basketball, NBA Entertainment, and the International Olympic Committee. And a couple of more well-known executive producers.

It’s gotten to the point where whenever there’s a documentary about superstar athletes, I check the opening credits to see which athlete’s production company took part in producing it. In the case of The Redeem Team, the new documentary on Netflix about the 2008 U.S. Olympic men’s basketball team, it’s Uninterrupted, which is LeBron James’ production outfit, with Wade involved as well.

That doesn’t, all by itself, make the documentary worthless. After all, Michael Jordan had a hand in producing The Last Dance. But it would be great if these docs could be more impartial.

Less defensible is the part that deals with Kobe Bryant’s involvement on the team. Around 2007, we’re told, Kobe had brought “baggage” to Team USA because… he had run Shaquille O’Neal off the Lakers, he was thought to have “snitched” about Shaq’s personal life, he had demanded a trade himself, and he was seen at the time as a selfish teammate with few friends around the league.

Wasn’t there something else?

I’m not someone who believes that Kobe’s rape case needs to come up every single time his name is mentioned. But if you’re going down that road, to pretend Kobe having “baggage” five years later had nothing to do with Colorado is just plain dishonest (we do see it referenced in newspaper copy, briefly, while the Shaq snitching allegation is mentioned, but no one ever talks about it out loud.) It’s the kind of thing that happens when a documentary is executive-produced by a guy’s friends.

On a lighter note, there’s a story told about how, during training camp, the players were all returning to the hotel from partying at 4 in the morning and they passed Kobe in the lobby, who had gotten up early to head to the gym. There was a similar story in this year’s Sundance boxing documentary La Guerra Civil, in which Oscar De La Hoya got up early to go running and spotted his opponent Julio Caesar Chavez, on his way back from a night out.

If you’re a fan of that era of NBA basketball, you’re likely to enjoy The Redeem Team. But it doesn’t reinvent anything when it comes to the sports documentary form.

Schrader Continues His Search for Humanity’s Redemption in Master Gardener