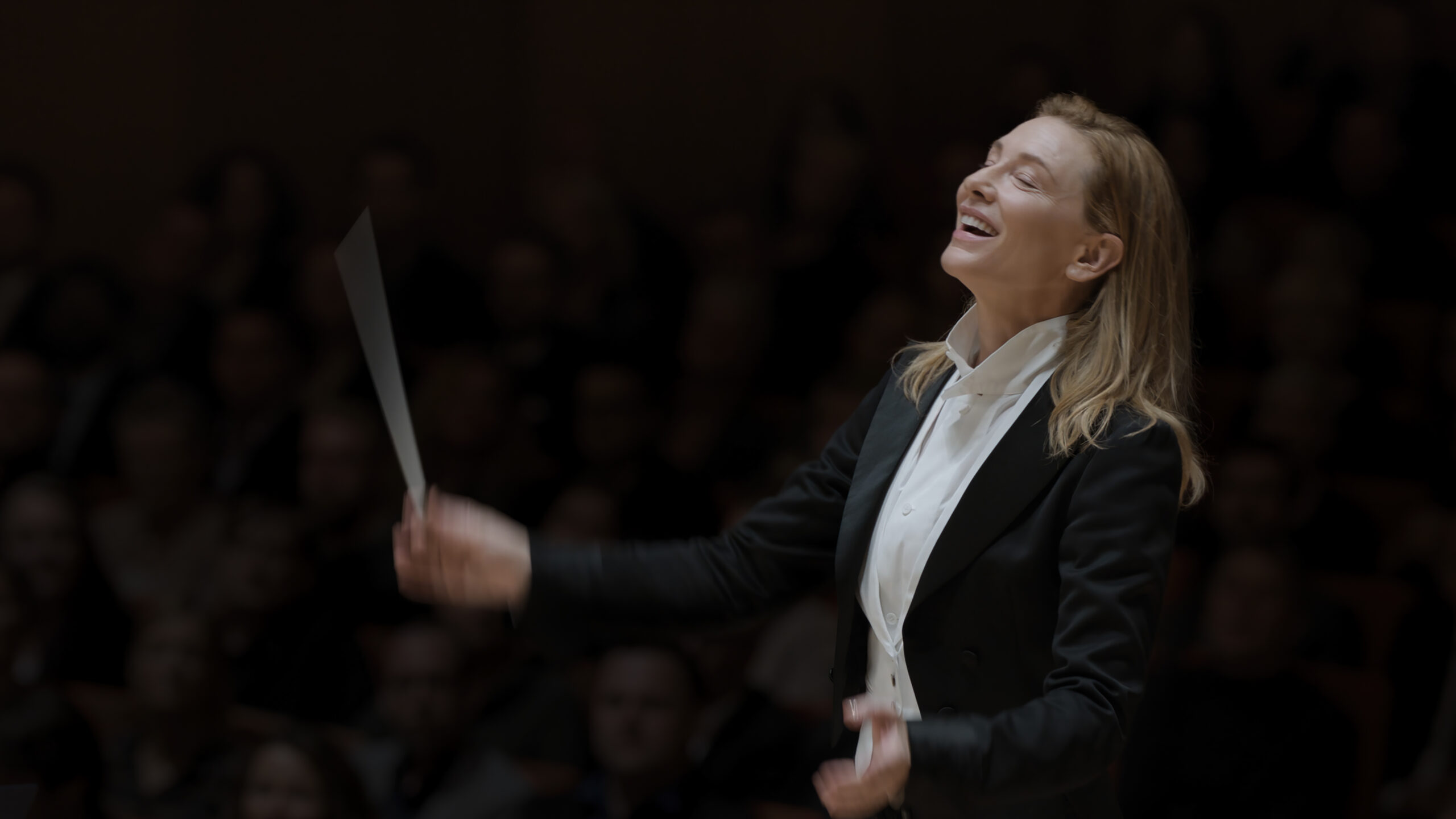 There’s a scene relatively early on in TAR that represents what I feared the movie would be, and I’m thankful that it’s not.

It’s the one in which famed conductor Lydia Tár (Cate Blanchett) is teaching a master class at Juilliard, talks about classical music, and dresses down a young student (self-described as “BIPOC” and “pangender”) who expresses a distaste for Bach, due to the 18th-century composer’s “misogyny.” Tár’s dismissive monologue sounds so much like the sort of speech Camille Paglia would give that I’d be shocked if she wasn’t the inspiration for it.

On its own, this seems like the most tired, lazy, pored-over crap imaginable, the sort of pop culture low-hanging fruit loved by Republican politicians, Bill Maher, and the three or four worst New York Times op-ed columnists, the sort of people who see overzealous college students as a greater threat to liberty than actual rampaging fascists. Out of context, the scene even looks like one of those Aaron Sorkin scenes in which a brilliant middle-aged news anchor or TV producer dresses down a female college student, to the implicit applause of the audience at home.

Luckily, this sort of scene isn’t what the movie is about (although, I fully suspect many people are going to see it out of context, along with a half-dozen other things throughout the movie.) TÁR does indeed have things to say about such fraught issues as #MeToo, cancel culture, and 21st-century gender relations. But ultimately, TÁR is less interested in pontificating about those things than it is in character work, and in telling a self-contained story against that backdrop. And when the Juilliard lecture comes up again later, it’s not in the way you expect.

Just as notably, TÁR features what can only be called career-best work from Cate Blanchett, in the title role. This is a fantastic film, one operating at an elite storytelling level.

TÁR, which arrives in some theaters on October 7 after positive reactions in Venice and New York, was written and directed by Todd Field, whose last movie was 2006’s Tom Perrotta adaptation Little Children (he also directed In the Bedroom and had a run as an actor, most memorably as the piano player in Eyes Wide Shut.) I didn’t particularly like either of the other films Field directed, but Tár is head and shoulders above both.

Blanchett’s Lydia Tár is the world’s greatest living orchestra conductor, as established in an early interview scene that doles out plenty of expository detail and also makes it clear that she’s the sort of person who would be interviewed on stage at the New Yorker Festival.

Married to a German woman (Nina Hoss) and with a young daughter, Blanchett’s Tár is about to complete a cycle of all five Mahler symphonies. She talks about her Leonard Bernstein influence, being a woman in her profession, and other things that will become important later in the film. For one thing, she endows a program that provides a leg up for young female composers, which the film hints early on may not be done with entirely altruistic motives.

Tár, it turns out, is plagued by anxiety and sleeplessness, and is also prone to many of the proclivities common to powerful men in her profession and others like it. We’re meant to consider such tired questions as whether to separate the art from the artist, whether #MeToo “has gone too far,” and what to think about “white feminism.”

But if you thought that this was the sort of film in which characters say incendiary things that represent the unvarnished views of the filmmakers, that’s not what’s going on here at all.

The film is full of little moments that illuminate everything. It also leaves a lot of key moments off-screen and trusts the audience enough to infer meaning from them. One late moment, involving a brief conversation down a flight of stairs, doesn’t really reset the plot in any way, but it does invite us to recontextualize what we’d seen before.

TÁR is a film that’s very comfortable in its world of gleaming symphony halls, well-appointed office buildings, and enviable city apartments. This is all contrasted by things that happen at the end, although I won’t give away specifics.

Yes, at two and a half hours, it’s a bit too long. Its third act, while ending in a satisfying way, drags on too much and has way too many false endings. But even with all that, TÁR is one of the year’s best films.