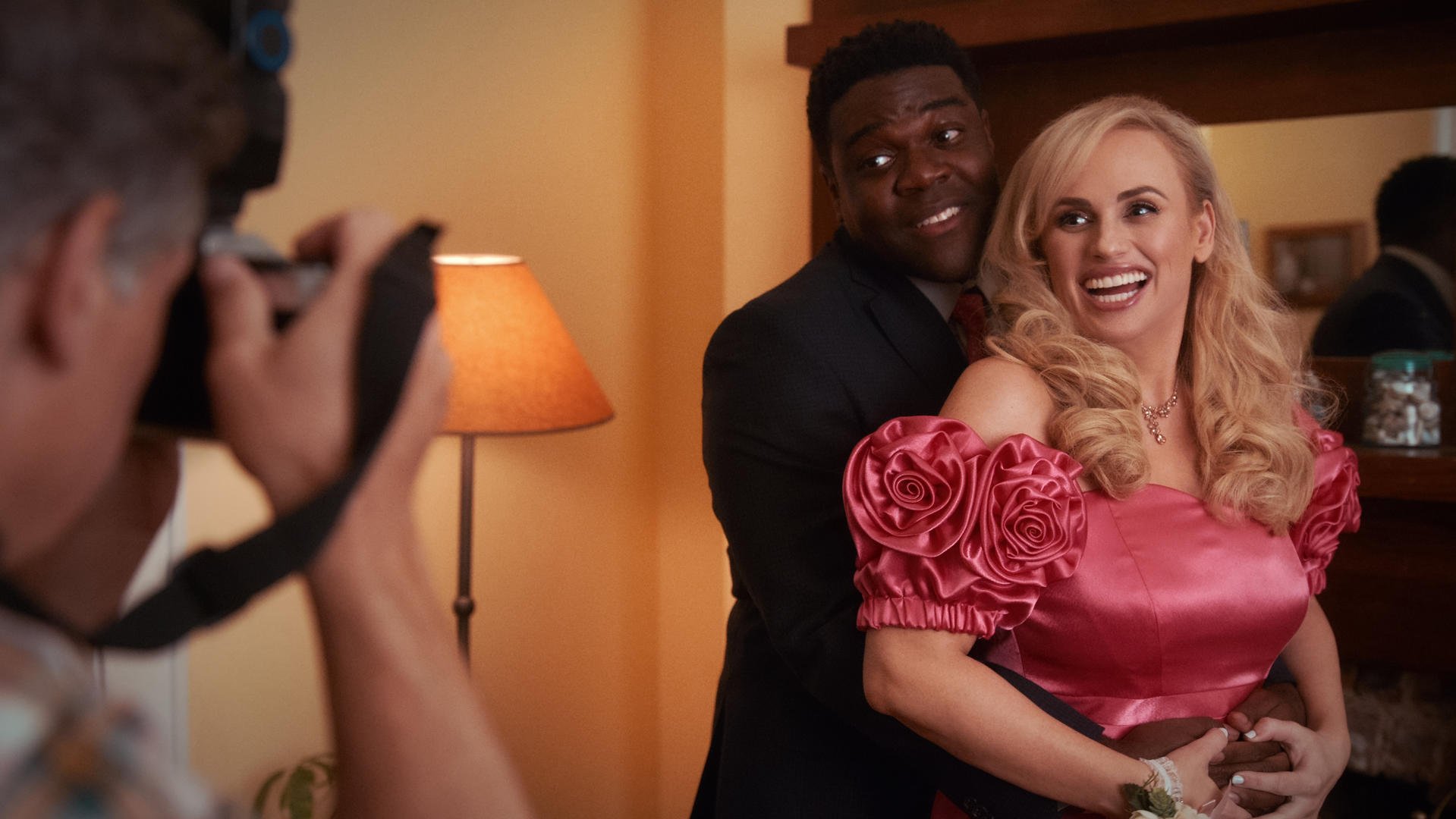 Netflix’s new comedy Senior Year is similar to many real-life experiences with senior year of high school: often awkward, frequently confusing, and sometimes even a bit boring. However, despite its flaws, Senior Year still manages to be a lot of fun and occasionally even surprisingly original.

The film tells the story of Stephanie Conway (Rebel Wilson), a teenage girl who has an accident and falls into a coma before she can finish high school. After being in the coma for 20 years, Stephanie finally wakes up. Despite the fact that she is now 37, Stephanie decides to go back to high school to finish the senior year she never got to complete. She also decides to compete for Prom Queen, a title that she lost to her frenemy Tiffany (Zoë Chao) in her original senior year.

The film promises two things: a Rebel Wilson star vehicle full of laughs from the beloved comic actress, and a classic “adult returns to high school” comedy in the vein of 21 Jump Street or Never Been Kissed. It is thus surprising that the first fifteen minutes of the film feature almost no screen time for Wilson, and the next 15 feature no high school. The film promised in the trailers does not actually start until a whopping half-hour into the runtime, a hint of Senior Year’s larger structural problems.

The first 15 minutes of the film take place in the past; we follow a young Stephanie (Angourie Rice) as she fights tooth and nail against Tiffany for the prom queen crown. While Rice does a fine Rebel Wilson impersonation, the film spends way too much time on exposition scenes that could have easily been brief flashbacks.

By the time they get through Stephanie’s origin story and initial awakening, many viewers may be tempted to simply stop watching the film before it even has a chance to begin. The fact that the film takes the length of a standard sitcom episode just to get through an unnecessary flashback suggests that the 3-person writing team did not pay enough attention to pacing or narrative structure.

Once Rebel Wilson is finally in her element, she immediately reminds viewers that she can elevate even the most mediocre of scripts with her performance skills. The film’s energy picks up about 30 minutes in when Stephanie returns to high school, finds new friends in cheerleaders Yaz (Joshua Colley) and Janet (Avantika Vandanapu), and meets a new frenemy in Tiffany’s daughter Bri (Jade Bender). Stephanie learns that the rules of high school have changed since the dawn of social media, and she adjusts to the new world so she can resume her quest for prom queen.

In terms of narrative, the film is a mess. Stephanie’s obsession with prom queen is explained away by a tonally odd and underdeveloped backstory about trying to honor the memory of her late mother, who died from cancer. Character development happens spontaneously with little clear motivation, and the film is consistently unclear about where its focus is.

One of the biggest issues is that Senior Year tries to tackle too many interweaving plotlines for its 111-minute runtime. The film explores Stephanie’s relationship with her 2 uncool high school friends from 2002, Seth (Sam Richardson) and Martha (Mary Holland), who feels like she abandoned them after she became popular, a narrative almost identical to Mean Girls. It also follows her relationship with the new teenage friends she makes in 2022 and how she helps them come out of their shells. It also follows her relationship with her high school ex Blaine (Justin Hartley), who tries to seduce her into an affair, as well as her relationships with both Tiff and Bri. It also, of course, explores her mission to become prom queen and her unresolved issues with her late mother. The film ultimately takes on too many different stories, and as a result, none of these stories is given enough time or space to properly develop.

Luckily, the film has a strong enough cast to uphold its underwritten script. While Yaz and Janet have limited depth, screen time, and character development in the script itself, Colley and Vandanapu are strong enough performers that their characters still come across as compelling, lovable, and memorable. Seth and Martha are similarly underwritten, but Richardson and Holland do enough heavy lifting to make up for the script’s limitations.

The film’s inconsistency also extends to its social commentary. It bizarrely oscillates between a clever criticism of performative activism and an obtuse cliché depiction of modern high school students as fragile snowflakes. On the one hand, the film demonstrates quite effectively how people can feign interest in social causes for likes and followers, criticizing the way social media can reduce social activism to an Instagram trend. When engaging in this commentary, the film is actually quite insightful and intriguing.

On the other hand, the characters who actually are socially engaged and do actually care about serious issues are treated as if they are boring, fragile, and repressed. Any move that Martha, who is now the school principal, makes towards inclusion on campus is treated as the work of a puritanical dullard. When the cheerleaders want to raise awareness of serious issues like consent, they are presented as being dorky and uninteresting until Stephanie teaches them to have fun again.

Socially mindful characters are portrayed in a parodic way that makes them seem like they were written by a reactionary conservative who fears that today’s teens are becoming “too soft.” The film’s commentary here is unclear and confusing and sometimes comes dangerously close to shaming teenagers for caring about meaningful issues like consent and the environment. The film misses a lot of the nuance and depth of today’s socially-conscious teens, often reducing them to inaccurate stereotypes clearly imagined by middle-aged conservatives who haven’t interacted with a real teenager in years instead of representations of the complex, interesting, and meaningfully engaged people they are in reality.

Luckily, this line of reasoning is eventually dropped, as all of the socially mindful characters end up becoming lovable by the end of the film. The result is ultimately a few uncomfortable scenes that reek of reactionary conservatism that are quickly forgotten so the film can move on to more interesting topics.

For all of its structural, narrative, and political shortcomings, Senior Year’s script absolutely shines in its clever one-liners and hilarious standalone moments. The writers are experts at nonchalant, off-the-cuff comments that completely catch audiences off-guard, a writing style that works very well with Wilson’s delivery.

Every time the film starts to get a bit messy or dull, a line emerges that will have audiences in stitches and give them the motivation to keep going. Hearing Michael Cimino as popular heartthrob Lance casually declaring, “I really want to get spit roasted by two leather daddies,” or Stephanie casually declaring that “once you’ve blown someone’s dad, you realize they’re not that scary” adds exactly the type of wit that a script like this needs.

For fans of Rebel Wilson or anyone who wants a fun-filled comedy with enough witty one-liners to keep them consistently laughing, Senior Year is worth the watch. Once you get past the first 30 minutes, the last 90 are worth the wait. However, if you’re looking for a coherent plot, well-developed characters, and strong narrative structure, you might want to look somewhere else; Senior Year is a film filled with great and hilarious individual moments that never cohere into a strong whole.