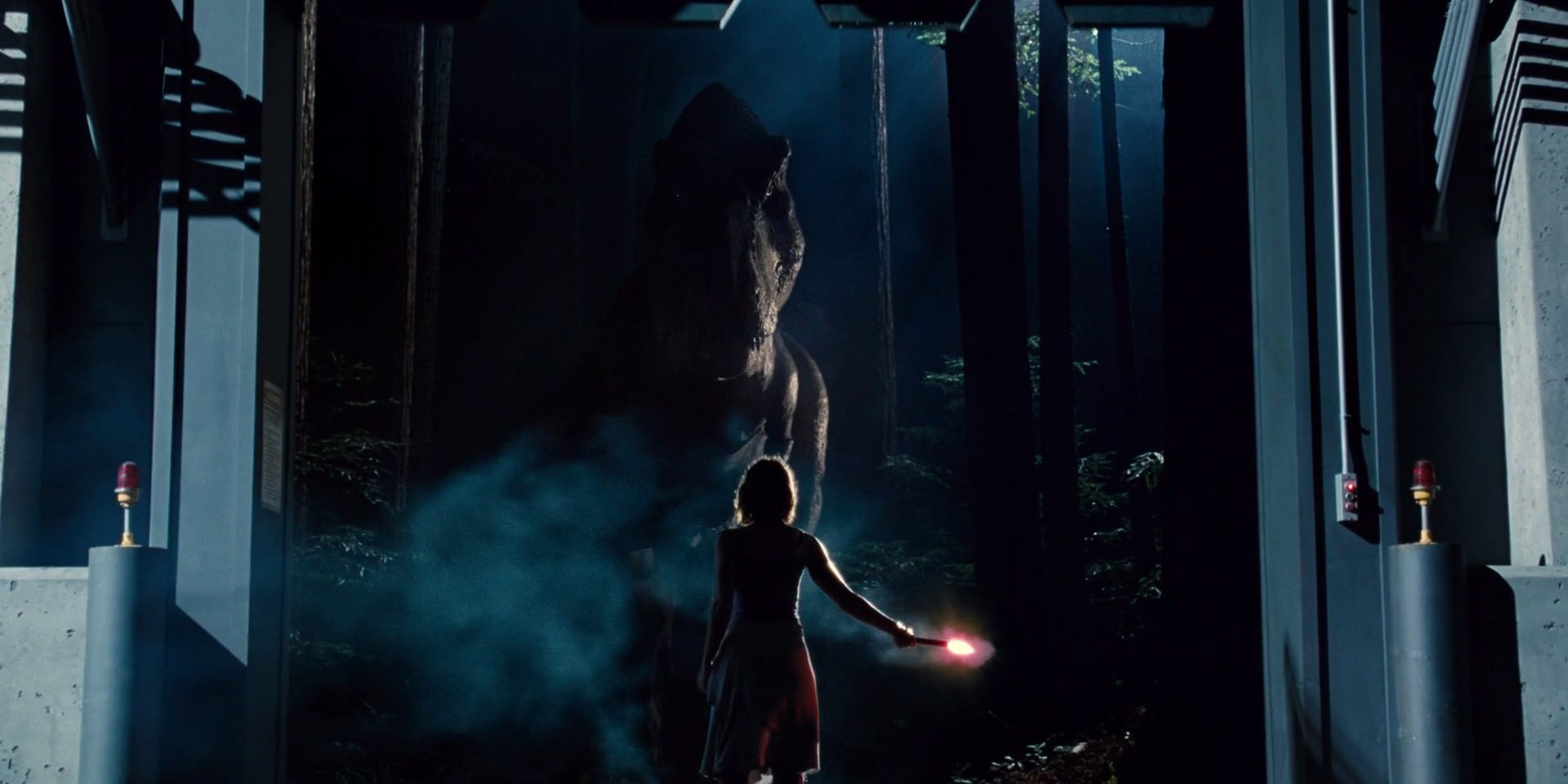 On the strength of his indie charmer, Safety Not Guaranteed, there was hope that director Colin Trevorrow might deliver something new and interesting with Jurassic World. Sadly, it seems the Jurassic Park franchise was a swirling vortex of mediocrity from which no filmmaker could escape. By the time it reaches its gloriously-daffy climactic battle, you’ve lost all interest in the computer-generated nonsense and pointless sub-plots. On a positive note; if San Andreas was too intense for you, Jurassic World might be right up your alley.

Summer blockbusters are traditionally safe and boring. Jurassic Park films are traditionally safe and boring. It shouldn’t come as no surprise, then, that Jurassic World is safe and boring. Still, it’s a bit shocking to see such a cluttered and lackluster effort, especially given all the talent involved. But cluttered and lackluster it is, from its clunky dialogue and bland characters, to its endless sub-plots and non-existent drama. Let’s see if we can count the competing plot threads without removing our shoes and socks.

With the murder and mayhem of the first Jurassic Park a distant memory, Jurassic World is raking in the cash: theme park style! Despite being the only dinosaur park in the world, we’re told that people aren’t captivated by interactive exhibits or giant dino-fish that gobble great white sharks like cocktail wieners. “No one’s impressed by a dinosaur anymore,” laments our heroine Claire (Bryce Dallas Howard). It’s a moronic statement made by one of the many moronic characters that populate the cast.

Meanwhile, Owen (Chris Pratt) is training Velociraptors to do Stupid Pet Tricks, while his boss, the deliciously-slimy Hoskins (Vincent D’Onofrio), is scheming to use them as super-soldiers. In another, less-interesting storyline, girl-obsessed teenager Gray (Ty Simpkins) and his wimpy little brother Zach (Nick Robinson) are headed to Jurassic World to meet Aunty Claire for some dinosaur hijinks. Oh, and Claire and Owen dated once but it didn’t work out, even though they have smoldering chemistry. And Gray and Zach’s parents might get a divorce, which makes the kids all sad and weepy in embarrassing public places. We’re dealing with a lot of crap here.

None of this melodramatic hogwash makes any difference, obviously, but it sure would be nice to give a damn about any of these characters. After about 60 minutes, you realize this is nothing but a bunch of glorified videogame dinosaurs running around while inconsequential humans scramble for their lives. The difference is that a videogame is more immersive because you’re actually invested in the fate of the characters.

Trevorrow re-cycles most of the larger action set pieces from previous Jurassic movies. Instead of kids being trapped inside jeeps, they’re trapped inside space-age pinballs. Instead of smart dinosaurs escaping from cages, we get… smart dinosaurs escaping from cages. With so much emphasis placed on changing the name of the franchise, one would expect a fresher approach to the material. This is basically just Jurassic Park IV with Chris Pratt!

That four screenwriters are credited for the script is our first red flag. Nothing about these cluttered storylines makes any sense, and once we learn about the villainous schemes of Hoskins, things go from nonsensical to goofy. People do and say ridiculous things that have no basis in reality. For instance, Gray and Zach worship Owen as an indestructible god, despite the fact he’s getting his ass kicked by a bird the first time they see him. Worse still, there is an undercurrent of ugliness to the action. Soldiers are treated like faceless cannon fodder, and one secondary character’s death, in particular, is so brutal and unwarranted that it leaves a bad taste in your mouth. This character’s worst offense is being a bad babysitter, yet she suffers a more ignominious fate than the primary villain. And while we’re on the subject… when did screenwriters forget how to properly kill a villain? First, San Andreas botched its villain’s demise, then the stable of writers for Jurassic World dispatch their baddie with a collective ‘meh.’

The performances are fine, but they’re wasted on characters that have no control over what’s happening to them. What is their purpose, other than to survive (or die)? Pratt is in full action mode, with a minimal amount of winking at the screen. He affords himself nicely, though we’re always waiting for him to crack wise. Jake Johnson picks up the slack in the humor department, making prescient observations that belong in a much smarter movie. D’Onofrio has a wonderful time prowling the screen as an opportunistic mercenary, and Howard looks great running in high heels.

Perhaps our cynical heroine is right; no one is impressed by dinosaurs anymore. How else to explain the complete lack of wonder or imagination in Jurassic World? The days of Stan Winston’s 30-foot Tyrannosaurus Rex are now a distant memory. Movies created to showcase visual spectacle might succeed at the box office, but their stories leave us empty and uninspired. Thus, we find ourselves four movies into a stale dinosaur franchise that always plays it safe. Always gives us what we expect. Always re-cycles the same old story to showcase the latest SFX technology. There are a lot of talented people working very hard to entertain us, but the thrill is definitely gone.