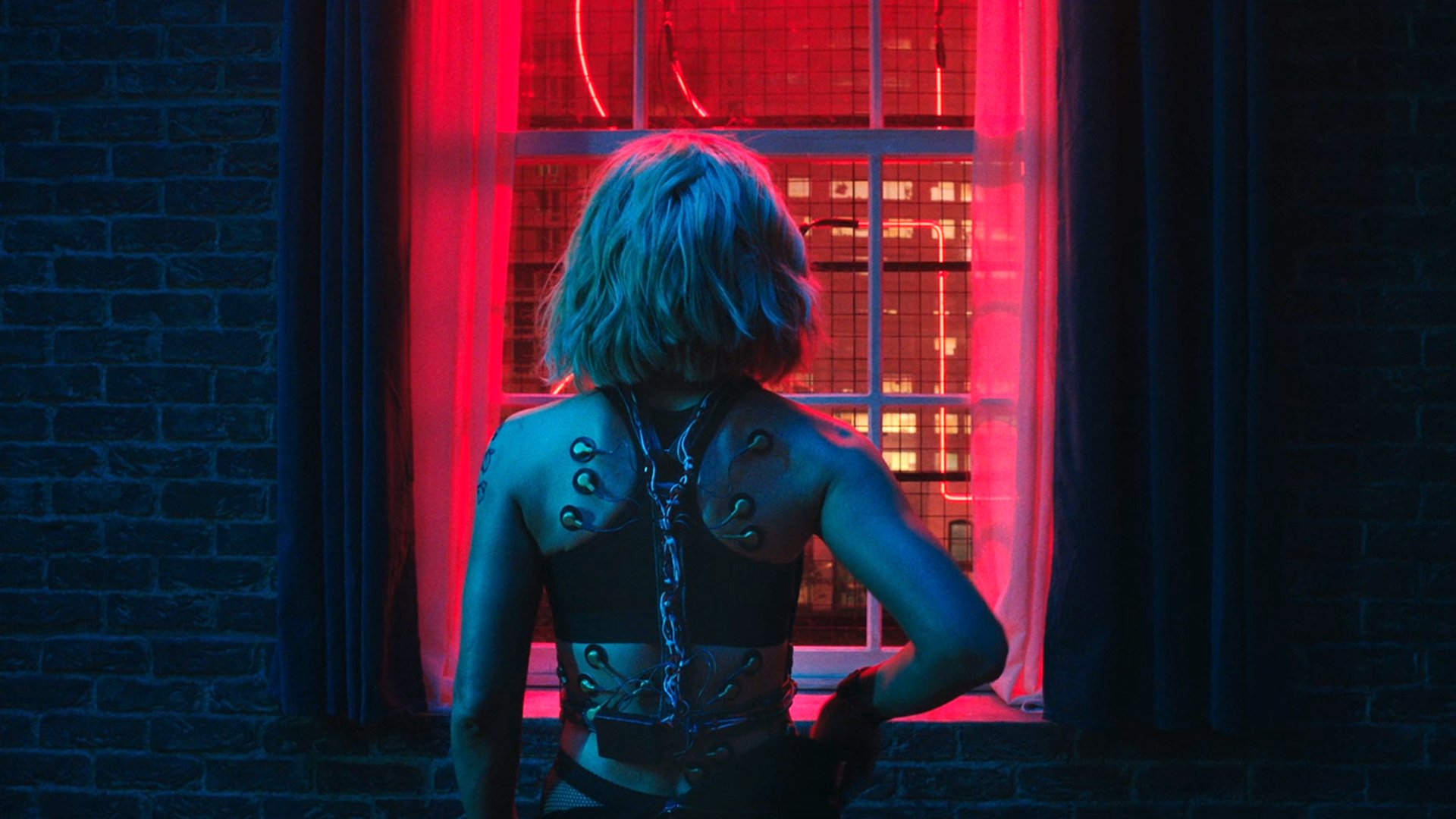 “Some people cry, some people drink, some people write shit poetry. I hurt people. Might as well put it to good use.” This is the moment the real action of Jolt begins. The movie trailer shows Lindy (Kate Beckinsale), a woman with a violent impulse control disorder and a defiant attitude, taking men down. And that’s true! But the heart of this story is that Lindy has just discovered the power of human connection to help cope with her illness.

Jolt sees her on a vigilante mission to solve a murder and avenge the death of Justin (Jai Courtney), a man who she only recently met but feels indebted to. There’s a running joke of Lindy explaining that yes, she’s risking her life on this reckless revenge trip, but no, he wasn’t actually her boyfriend; they’d only gone on two dates. “As if dating in this city wasn’t hard enough,” one of the cops (played by a fierce, fantastic Laverne Cox) investigating the murder acknowledges, “you finally find a good man… and then boom: two bullets to the brain.”

In addition to the plight of modern dating, Jolt deals with issues that many mentally ill and disabled people can relate to: Inconsiderate medical conduct, experimentation, as technology improves, adapting treatments when our bodies become impervious, and feeling like ‘regular’ everyday experiences, are inaccessible. Then Jolt adds movie magic to these realities by giving Lindy advanced fight tactics and extreme action-scene strength.

Like an addict snapping a rubber band on their wrist, Lindy triggers electric shocks that control her impulses to viciously attack perpetrators of injustice. “What is it about creepy old men always underestimating women?” she asks at one point, before setting up a contraption that connects a mob boss’s genitals to his car’s jumper cables.

Her rage is cathartic. In a world of senseless violence and hateful acts against women, to see Lindy furiously stab evil men —taking control of the situations where we are limited to holding on for the ride— is a breath of fresh air. We see her conquer moments where women are expected to tamp down any emotional reaction and excuse the guilty party —be they manspreaders or misogynists.

Understanding the significance of Lindy’s (literally) short-lived relationship takes more than knowing that she has made a romantic connection for the first time in her traumatic, sheltered life. It also requires the lived experience of being young and chronically ill. When her immediate connection with Justin allows Lindy to step outside of her usual thought patterns while remaining true to her sardonic self, it feels miraculous. It’s especially remarkable for those who know the struggle, the ache, of hiding integral parts of yourself in an attempt to conform. Lindy has not been able to do that before. She doesn’t like most people, and therefore avoids them. Until she meets Justin.

Justin accepted her without hesitation; gave her the room to be seen as beautiful and desired in a place where she has only felt isolation and anguish. The revolutionary impact on Lindy, however, short their time together, cannot be understated.

It’s this nuance and relatability that redeems Jolt from the all-too-common trope of a mentally ill girl who cannot be controlled and goes out on a destructive rampage. The film depicts Lindy electrocuting herself almost obsessively at some points in a desperate attempt to “fix” herself. Those scenes are brief, blink and you’ll miss the heartache before the next impassioned outburst. But they’re there, and they mean something in the context of mental illness treatment on screen.

The historical imagery of experimental treatments used on neurodivergent people is severely traumatic. Aside from the four-minute opening scenes of her childhood, and the scenes when Lindy must be sedated by her psychiatrist and only friend (Stanley Tucci), Jolt handles this with kind consideration.

“I need my life vest,” says Lindy in desperation when her electrocution harness is stolen and she cannot get it back. She resolves to bite down on a live electric wire if she cannot acquire a replacement device for her coping mechanism. The scene will feel familiar to many people who struggle with pain and don’t always have access to their medication —the lengths you will go to feel in control, to feel “sane” are unimaginable, until you’re in that very moment and nothing feels off-limits. She survives because of her powerful resolve, and the unwavering support from her out-of-the-box-thinking psychiatrist.

Jolt is ferocious, and the pacing is fantastic.

Profound as this all is, Jolt is an action film —and it would have been electrifying in cinema. There’s a visceral delight, an intangible satisfaction; somewhat reminiscent of Deadpool. When Lindy steals Justin’s McLaren and races through the city, the zooming car chase inspires nostalgia for classic Friday night movies at the local mall so vivid that one can almost smell the room filled with buckets of popcorn.

Jolt is ferocious, and the pacing is fantastic. Director Tanya Wexler rapidly takes us from internalizing Lindy’s build-up of frustration, into a scene depicting the brutal acts she imagines, and then right back to reality where we will discover whether she acts on those impulses. There’s witty dialogue and unexpected humour scattered throughout.

A favourite unforgettable scene brings Lindy —mid-chase through a hospital and hiding from Laverne Cox’s character— into the newborn babies’ ward. When Cox approaches with a gun, Lindy’s first instinct is to throw a baby at her, forcing the cop to lower her weapon and catch the child. This action repeats a few times as they engage in a dance while Lindy’s trying to escape. It’s a thrilling, subversive moment of levity.

There’s also fun ridiculousness like Lindy showing up at an electronics store and asking for the store’s “biggest geek” which leads us to a girl sitting at what can only be described as a quintessential hacker’s station. The teenage employee swiftly unlocks the dead man’s phone and perfectly pinpoints the “shady” locations of his last seven calls, immediately linking them to FBI files —for which she is gifted the McLaren.

Though there are several women in speaking roles, two of them leads, the cast is predominantly white and male. While Jolt disappoints in that regard, there is some interesting character development. “You know what that tells me?” An overly invested cop (Bobby Cannavale) asks after Lindy allows him to feel the electrocutions she triggers. He jumps back from the shock; another reminder of the violence she’s comfortable inflicting on herself to fit into societal norms. When he concludes that “It tells me you’d rather hurt yourself than somebody else.” we realize he’s somehow transformed from a cop who offers inappropriate, lingering displays of comfort to a victim, to a man with compassionate insight into the way she moves through the world.

Lindy did not ask to be built this way; she can’t change her chemical make-up, and she can’t stop people from doing horrible things. But she can get justice for this one man by turning what has been seen as her weakness into her strength.

It’s all this —the redemption arc, the lengths she goes, the aching for acceptance as she is—that makes the twist in Jolt‘s final arc something of brilliance. The information we learn when she reaches what should be the climax leaves the audience and Lindy herself breathless trying to catch up with the shifting narrative. When the tables turn and there are new weapons used against her, the heartbreak is palatable, the betrayal crushing, and this revenge romp turns into something darker and entirely new. In the process, (and with the introduction of Susan Sarandon playing someone mysterious from Lindy’s past) making way for a sequel.

True Legend is a step above most forgettable Kung-Fu films

Kill Me Please Wrings Laughs, Pathos Out of Assisted Suicide