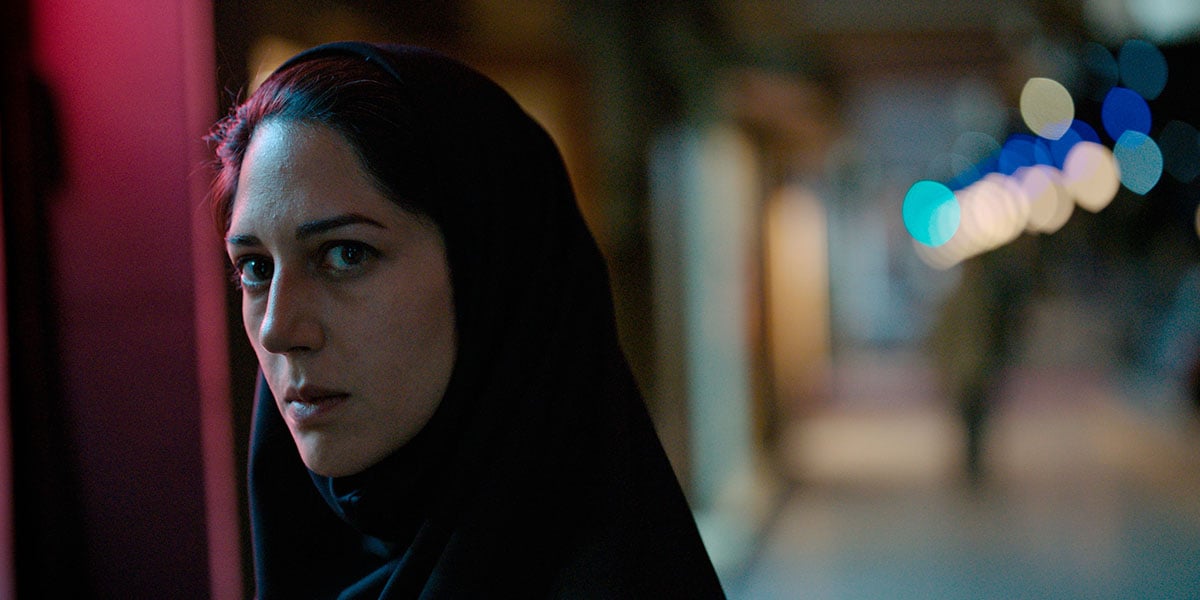 Though Ali Abbasi’s Holy Spider initially presents itself as a fairly standard cat-and-mouse thriller, its ripped-from-the-headlines subject matter uncovers contrasting perspectives of the same event. Brutal in its depiction of a serial killer murdering sex workers, Abbasi’s latest is designed to ignite a conversation surrounding misogyny embedded within religious and judicial systems. Setting, tone, and a methodical examination of its villain reveal a story of justice being dictated by society more than those in charge of the law.

A string of murders has shaken the spiritual capital of Iran, Mashhad, and created a city where fear prevents women from roaming the streets. With the killer unknown and the targets being exclusively sex workers, journalist Rahimi (Zar Amir Ebrahimi) leaves Tehran to chase the story and try and catch the one responsible for the murders. When it becomes clear that no one is mourning the death of prostitutes due to them being labeled as sinners and immoral, Rahimi quickly realizes she is on her own and will have to catch the killer herself.

Where Abbasi makes things interesting is how the serial killer is presented. Opening with a scene that follows a prostitute as she meets different clients – their faces all out-of-focus or hidden in the shadows – it culminates with her death at the hands of the serial killer. From there, Abbasi reveals who the killer is immediately and then begins exploring the home life of Saeed (Mehdi Bajestani). With two children and a loving wife, he spends his days home or at work supplying for his family, and then at night drives around Mashhad picking up prostitutes and killing them.

There’s a whole other can of worms that Abbasi opens up on top of depicting the murders of the women with gruesome attention to detail. It’s not enough that we watch Saeed murder his victims without remorse, but Holy Spider takes on the unenviable task of making the audience understand why Saeed’s actions are approved by many in Mashhad – from civilians to religious and political officials. Thankfully there’s no attempt to empathize with a murderer as Abbasi is very blunt about his disagreement with Saeed’s rationalization for committing atrocities, but the film eventually turns into a full-on cross-examination between public perspective and moral justice.

It results in a fascinating contextualization of religious violence and holy crusades through the crime thriller genre. Not at all subtle about its intent, Holy Spider’s only misstep is that it often belabors the same points in order to sharpen its critique. This can be seen more with Rahimi’s character as she faces the same roadblocks over and over when trying to operate within a male-dominated world. Iran becomes more than just the setting as deeply-held beliefs about how women should behave and the leniency given to men colors the ways in which Rahimi and Saeed are able to follow their respective arcs.

Holy Spider is a bleak film made bleaker by its often claustrophobic cinematography from frequent collaborator Nadim Carlsen and a thunderous and deafening score by Abbasi’s other regular composer, Martin Dirkov. The aesthetic accentuates the seedy underbelly of Mashhad as the dark corners of humanity emerge in the night. It’s a technically gorgeous film that underscores its grim demeanor alongside some incredibly powerful performances from all of its cast.

Once Holy Spider winds down it puts as fine a point on its thesis as possible. A condemnation of ingrained misogyny within Iran, Abbasi wants the audience to be left cold by the end. His handling of perspective and constant graphic brutality when showing Saaed’s victims isn’t without problems but it works to fuel an otherwise incendiary work that demands provocation before another perspective can be evaluated. What could too easily slip into repetition and generic thrills is elevated by Abbasi’s steady hand and reluctance to give his villain’s ideologies credence or empathize with him despite giving him a platform to project.