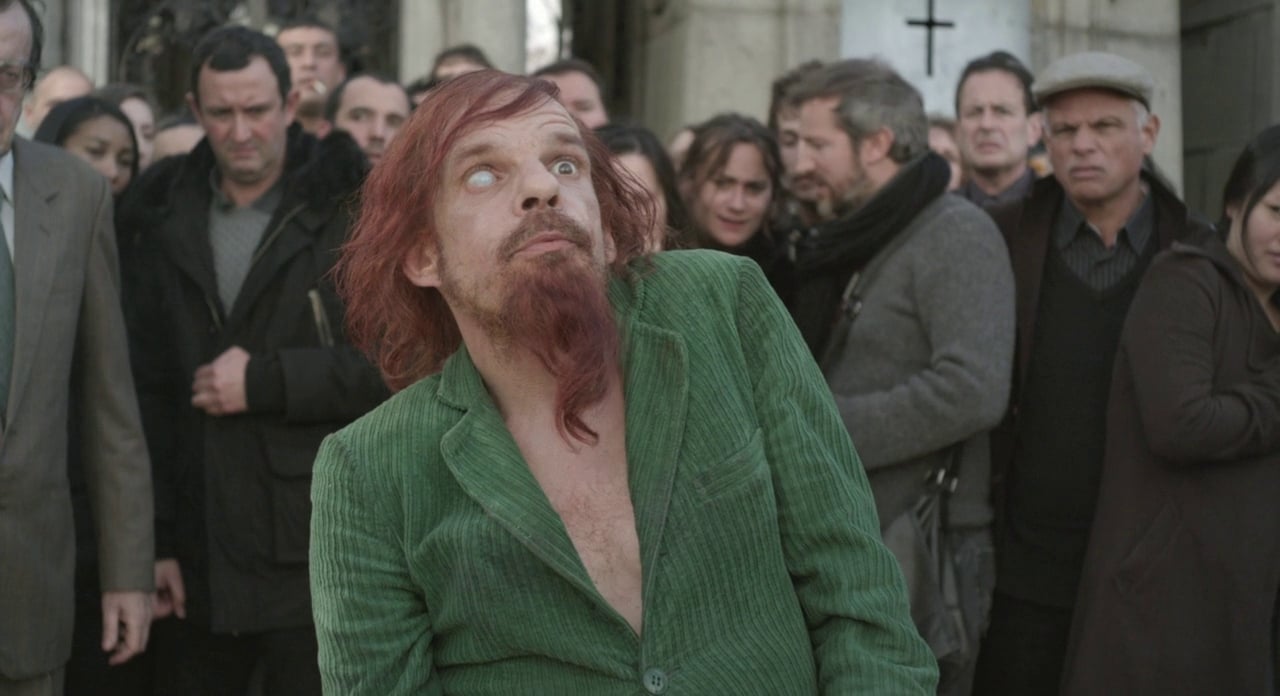 His first feature film after a 12-year-long hiatus, Leos Carax’s directorial return to French cinema landed like a brick through a greenhouse. Holy Motors (2012) is the utterly insane tale of a man in a limousine, ferried between different ‘appointments’ where he dons costumes and prosthetics to play different roles. Yet, there is no rhyme or reason for these performances. Where are the cameras? Why are his appointments often so violent or sexual? Who is his mysterious employer? And is that… Kylie Minogue? Expect no answers in this maddening odyssey through the streets and underbellies of modern Paris.

One could attempt to describe the tone and themes of Holy Motors: perhaps as a diabolic mixture of Filantropica (2002) and Mulholland Drive (2001); as a film on the artifice, joys, and horrors of social and commercial acting; as a hallucinogenic journey, an acid trip; as a collage of human existence; as an experience akin to flicking between channels at 3 am during a lightning storm. Any attempt at explanation is necessarily reductive to a film that is so original and inventive in both its concept and execution.

And that is partially the point. While tempting to look for an overarching meaning to the chaos, it is simply much more fun to enjoy where it takes you. Its joyful creativity is perhaps exemplified by the interlude: where we take a break from the character’s appointments to enjoy a joyous accordion ensemble. It’s unheard of to see this many accordions in one place, and after watching, it feels a crime that accordion bands aren’t more commonplace.

Carax mixes the mundane with the insane throughout the whole of the run-time, with each new event and appointment taking you much further off the beaten path (the limousine’s road) than you thought possible. To say any more would be to spoil the fun of surprise: but be warned prudish viewers, Holy Motors is as explicit as it is inventive.

Even with the range of the surreal and the strange, the film still manages to hit affecting emotional beats. The chameleonic Denis Lavant, who plays the central character, embodies each of the many roles with a convincing physicality as well as emotional expression, hooking you in despite the potentially alienating nature of the film’s experimental plot. Family dramas and intense topics intermingle with the amusing and the puerile in a way that somehow works. There’s a point during each appointment where we become invested in the man’s character, where we start to buy into the artificial situation ourselves. There’s a real beauty in that, perhaps symbolic of the power of cinema itself. But, again, regardless of meaning, it is so much fun to let a film such as this one just carry you along.

The film opens with Leos Carax himself awaking, stumbling into a theatre, to then see what we assume becomes the body of this new film. He watches on a balcony above a stupefied and shadowed audience. What does he make of his own work? Is this his own meta-anxiety at the reception of Holy Motors? Or a narcissistic image of himself as an auteur-god? Anxiety or delusion? In any case, the dream-addled and disturbed worlds of Carax are an utter treat to experience. With his Holy Motor running, I’m just glad to be along for the ride.

25 Years Later: The Devil’s Advocate is a Divine Comedy

Sliced and Diced: The Timelines of the Halloween Series Explained