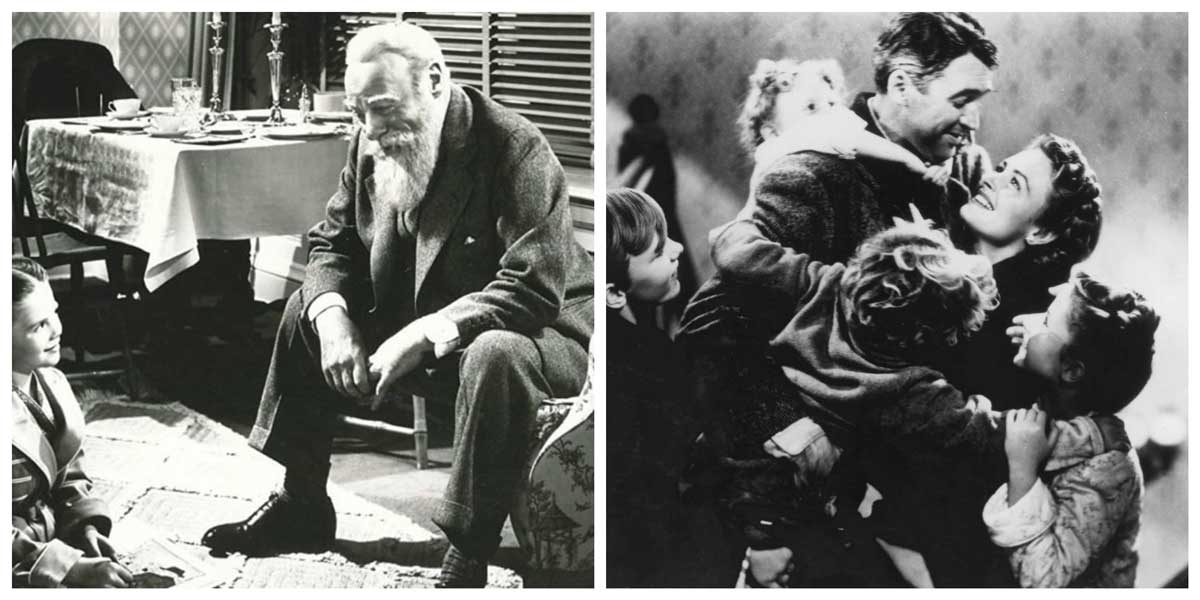 I hadn’t moved out on my own yet, so it must’ve been the late 1970s. It was still the early days of cable. I think we had maybe two dozen channels, a number of them being out-of-town local stations like WGBH out of Boston, and WGN out of Chicago, as well as a handful of PBS stations we’d never been able to get via our old rooftop antenna.

The cable spectrum was growing rapidly, but faster than the amount of programming available to fill it. And that was when America re-discovered It’s a Wonderful Life (1946).

The movie’s copyright had run out and the film had fallen into public domain. That meant that anybody and his brother who could get their hands on a print could air it…and they did. For a few years there, you couldn’t punch your way through the buttons on your cable box without bumping into Wonderful Life a couple of times on damned near every night in the week or so leading up to Christmas.

My brother, six years younger than me, was always a bit of a sentimentalist. After the first time he’d gotten a taste of Capra’s paean to the underappreciated value of human decency, he took to it like some kind of fanatical new convert to a newborn faith. He would make us watch it whenever it was on, summon us from wherever we were in our small four-room apartment to plop together on the sofa and boo-hoo our way through the finale…together.

Which wasn’t nearly as boring as it might sound.

Maybe it was the distinctive magic of each of those movies: one reminding us that what we’d forgotten still mattered, the other rekindling a childhood belief we’d always regretted losing. Maybe it was the simple act of watching them together. I don’t know.

What I do know is that each year, while my mother and I joked about my brother’s annual corralling of us on the sofa (my father had passed away some years earlier), and we’d grumble when he did it, we still fell into line, did as we were bade, and participated in the annual tearing up.

Eventually, I would move out, and so would my brother, and It’s a Wonderful Life was withdrawn from public domain, re-copyrighted, and has since only run once a year on NBC. My brother lives in Virginia, my mother passed away several years ago.

As many times as I’ve seen both movies, I still get misty at their finales. I get teary when George Bailey finally, belatedly, almost too late realizes just what a great life he has, and I get teary when judge Gene Lockhart says there really is a Santa Claus, but I get the biggest lump in my throat for the memories those movies stir; of a crowded sofa in a small apartment, a mother and her sons, and a lovely, lovely bit of Christmas.

Drive My Car: Hamaguchi’s Rewarding Journey of Acceptance Is One of the Best of the Year