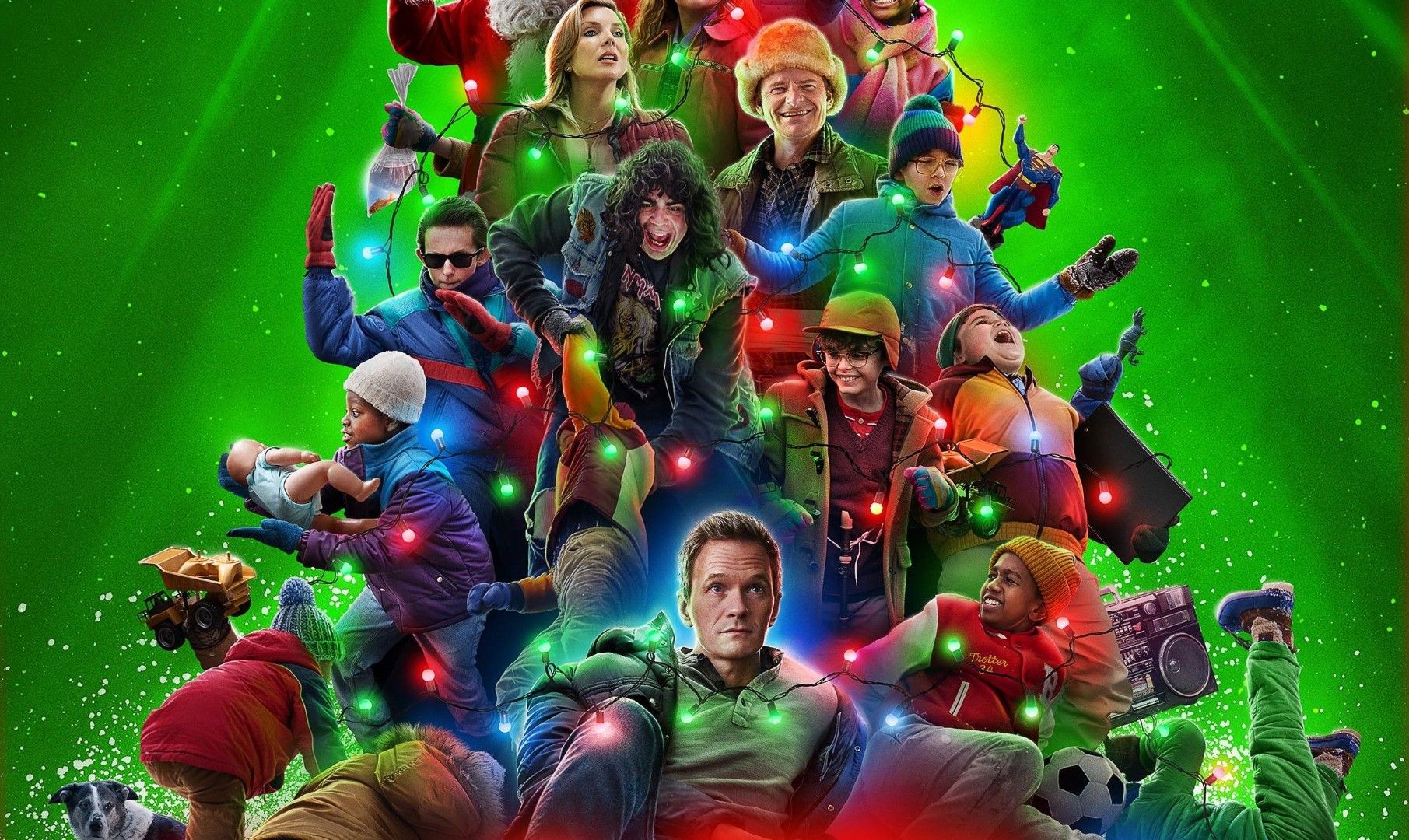 8-bit Christmas is the perfect film for anyone looking to get into the holiday spirit.

Everyone knows how stressful shopping for presents can be during the holiday season. There’s nothing quite like the pressure of trying to get someone the season’s hottest gift while battling seemingly everyone in the city for it. It’s such a familiar (and terrible) experience that they made a movie about it in the form of 1996’s Jingle All the Way. At the same time, we can all relate to the universal feeling of being a kid and wanting that hot-ticket item, preferably wrapped and waiting for us under a Christmas tree. That’s where Michael Dowse’s 8-Bit Christmas (2021) comes in, based on Kevin Jakubowski’s novel of the same name.

The movie opens with Jake Doyle (Neil Patrick Harris) and his daughter, Annie (Sophia Reid-Gantzert), who’s trying to convince her dad that she should get a cellphone for Christmas. She’s embarrassed that her friends need to call or text her dad to reach her and she thinks it’s time she got her own phone. Jake disagrees and takes her to her grandparents’ home, where they’re going to celebrate the holiday together. While there, he shows her the Nintendo he got when he was her age and from here we go back in time to the ‘80s. We get a beautiful transition of us watching someone ride a bike in an 8-bit videogame to an areal shot of our protagonist pedalling as fast as his legs will take him.

We meet a much younger Jake (Winslow Fegley) and his group of friends at the height of Nintendo fever. None of them can afford one, so they vie for one of the ten coveted spots in rich-kid-turned-game-lord Timmy Keane’s (Chandler Dean) basement, which is outfitted with a Nintendo Entertainment System and eventually the Nintendo Power Glove. Unfortunately, Timmy’s dog is crushed in a Nintendo-related accident (don’t worry, the dog lives) and his system is taken away. Determined to get his own game system, Jake asks his parents, John (Steve Zahn) and Kathy (June Diane Raphael), for one for Christmas but they tell him it’ll mush his brain and refuse to buy him one. From there, the movie turns into one of Christmas, as Jack and his friends scheme and plot and desperately try to get their hands on a Nintendo in time for Christmas morning.

The movie is a lot of fun and perfectly themed for the fast-approaching holiday season, especially with things like the Oculus Quest 2, the Xbox Series X console, and PlayStation 5 being current hot commodities. It also teaches us a beautiful lesson about how we can enjoy the holidays without worrying about the toys we did or didn’t get under the tree, and how sometimes the best gift of all is another Christmas with someone we love.

8-Bit Christmas is full of heart, with the relationship between Jake and his dad taking centre stage. Although John comes across as a harsh, no-nonsense, handyman of a dad, we learn that he’s ultimately just trying to bond with his son and prepare him for the real world. There are times where John does come across as unnecessarily harsh, but it seems more like a commentary on being a father in a middle-class family during the ’80s than it does him being a bad person. It’s clear that he loves his son and that the gift he ultimately gives him for Christmas is something that will last a lifetime.

This movie is also full of laughs, with some great references to lax safety practices in the ’80s. In one especially notable scene, Jake tells his daughter that he was wearing safety glasses while his dad worked a power saw, while in reality, we’re watching him hold lumber with a paper bag over his head. There are also some great scenes at a downtown mall in Chicago that feel like they could be paying homage to Jingle All the Way and A Christmas Story (1983), and both move the story while being outright hilarious.

Ultimately, 8-bit Christmas is the perfect film for anyone looking to get into the holiday spirit. It’s funny, packs an emotional punch, and imparts a great lesson about the value we place on the things we get during the season of giving. Be sure to catch this heartwarming comedy this Christmas season, available to stream on HBO Max.