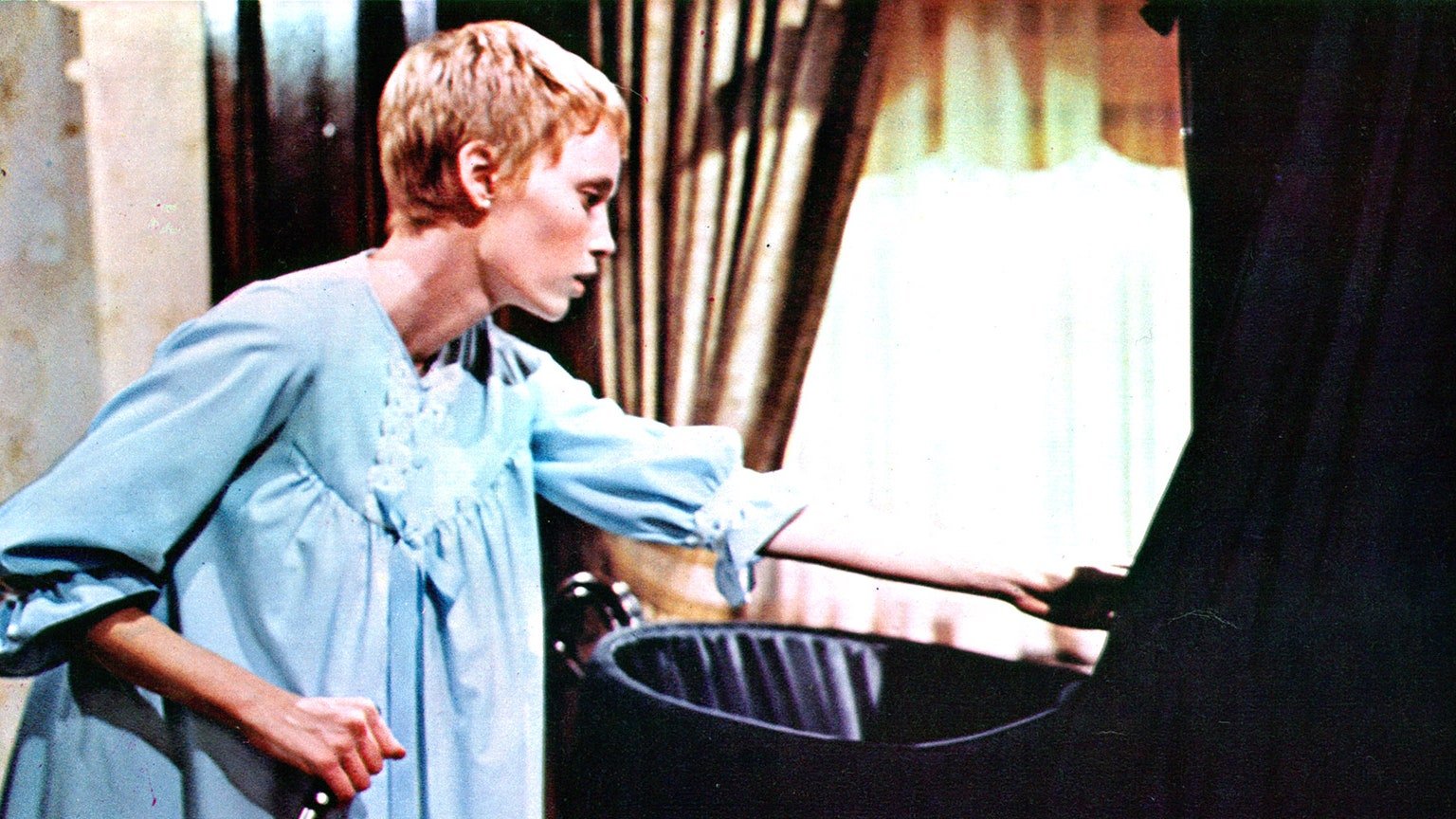 Rosemary’s Baby, originally a 1967 novel by Ira Levin but adapted into a 1968 movie by Roman Polanski, is a loaded film. The movie examines rape culture, body autonomy, reproductive rights, gender roles, and what it means to be pregnant with the Antichrist. As we said, it’s a lot.

A Quick Note About the Director

However, before we can get into examining the character of Rosemary (Mia Farrow) it’s important to acknowledge that this film, which is often held up as an emblematic piece of art encouraging women’s rights, was made by a misogynistic rapist. Roman Polanski has been living in France, as well as Poland and Switzerland, since fleeing from justice in 1978 for the rape of a minor. He’s also made sweeping sexist comments about women, romance, and birth control, including this gem from 2013, “I think that now offering flowers to a lady becomes indecent, that’s how I feel about it. I think to level the genders—it’s purely idiotic. I think it’s a result of progress in medicine. I think that the Pill has changed greatly the woman of our times, ‘masculinizing’ her. I think that it chases away the romance from our lives and that’s a great pity.”

So the irony that this iconically feminist film, with a narrative focus on rape, was made by this infamous chauvinist isn’t lost on us.

With that being said, while today’s piece is going to focus on the character of Rosemary, we’re going to be focusing on a more modern interpretation of the work and less on the authorial intent of Polanski.

Rosemary’s Baby follows the story of Rosemary and her husband Guy Woodhouse (John Cassavetes) who move into a Gothic apartment building in Bramford, New York City. Guy is an actor, whose career has been less than exceptional, and Rosemary is his stay-at-home wife. The two become close friends with their elderly neighbours, Minnie (Ruth Gordon) and Roman (Sidney Blackmer) Castevets, and soon Guy’s acting career starts to thrive. It’s not long after that Guy tells Rosemary that he wants to have a child with her. On the night they’ve arranged to have intercourse, Rosemary passes out after being unknowingly drugged and while unconscious she dreams she’s been raped by a demon. She wakes up the next morning to discover her husband had sex with her while she was unconscious, which results in her pregnancy. It quickly becomes apparent that something’s wrong during the fetus’ gestation, as Rosemary begins to rapidly lose weight and experience significant pains while carrying it to term. Eventually, Rosemary realizes her neighbours and husband are part of a Satanic cult and have plans for her child. When Rosemary manages to escape her apartment to seek help, she’s dismissed as being hysterical and is taken back only to be sedated by the cult’s doctor. She gives birth and, after seeing her son’s red eyes, learns that Satan impregnated her all those months ago. The movie ends with her son crying, and Rosemary rocking him in his cradle.

The main source of horror in this movie stems from Rosemary’s lack of autonomy throughout the narrative. From the get-go, Rosemary has no say in her own life and is very much conforming to traditional gender roles. Rosemary and her husband both agree to move into the new apartment. Although she’s the one who begs him to make an application on the place, it’s ultimately an illusion of choice and equal say in their marriage. With Guy acting as the sole bread-winner of their home, he ultimately has total control of their financial matters. While he’s out working, Rosemary’s home concerning herself with tending to the apartment and preparing Guy’s dinner.

The one element she should have power over when taking stereotypical gender roles into consideration is child-rearing and pregnancy, and even that’s out of her hands. Additionally, although she begins the movie by letting us know she hopes to be a mother of three one day, it’s ultimately Guy who decides when they’re going to try for a child. More horrifying than that, Guy exerts authority over Rosemary’s body without her consent by agreeing to let the Devil himself rape his wife and impregnate her. At no point does Rosemary consent to having sex with this Satanic entity or to carry his child. But her husband, at the behest of the cult, sanctions and participates in her violation and trauma.

The Powerlessness of Rosemary

One of the key ideas that make Rosemary’s Baby truly horrific is that her body doesn’t belong to her. Rosemary isn’t treated as a person but as an incubator. She’s the means by which the cult will have their Antichrist end. The food she eats, the places she goes, even the doctor she sees are decided for her. The horror of the movie lies not in Rosemary becoming a mother, but in her nonconsensual journey to motherhood. Her body becomes a prison and a constant reminder of her assault and lived trauma.

Rape culture is another layer to Rosemary’s story that’s important to address, and which falls under the greater theme of lack of agency. When Rosemary wakes up following her assault the night before, Guy tells her that he had sex with her despite her being unconscious. Rosemary is upset at his admission, but he makes jokes about the assault anyway. He tells her, “I didn’t want to miss baby night… And it was kind of fun, in a ‘necrophile’ kind of way.” When she says she dreamt she’d been raped by something inhuman, he gets upset and acts defensive, even shouting a sarcastic “Thanks a lot!” from the bathroom.

Another way that rape culture is shown in the film is through her doctor’s belittlement of her. Towards the end of the film, Rosemary escapes her apartment and finds her physician, Dr. Hill (Charles Grodin). While there, she tells him her suspicions and her fears for her child, and when he seems to agree with her there’s a look of relief at finally being believed. She’d been gaslighted for so long by the cult members, that having someone validate her anxieties and trauma is visibly a relief to her. However, it’s soon clear that he doesn’t believe her—a pervasive idea which lends itself to rape culture in society—and even goes so far as to call her assailants to come to collect her from his practice.

A Feminist Ending… Sort of

Despite all the trauma that Rosemary is forced to endure, she never stops fighting for herself or her child (even after she learns his true parentage). The movie is full of her defiance, from voicing her concerns about the neighbours and researching the cult she’s being trapped by to fleeing from her home and spitting in her husband’s face moments before the credits roll. Although Rosemary is a victim of sexual assault and more trapped than ever, the movie doesn’t end on a note of sadness even if her fate seems bleaker than previously imagined. Rather, Rosemary seems more determined than ever to protect her son (even if she’s protecting him from Satan himself) and to reclaim her power from her assailants. While she starts by approaching the crib with a weapon, she changes her mind once he begins to cry. She then displays her authority over the cult members and tells them not to rock her son so hard, asserting what little heteronormative authority she has as the mother of the Antichrist.

Most Memorable Women Vs. the Devil Faceoffs in Movies