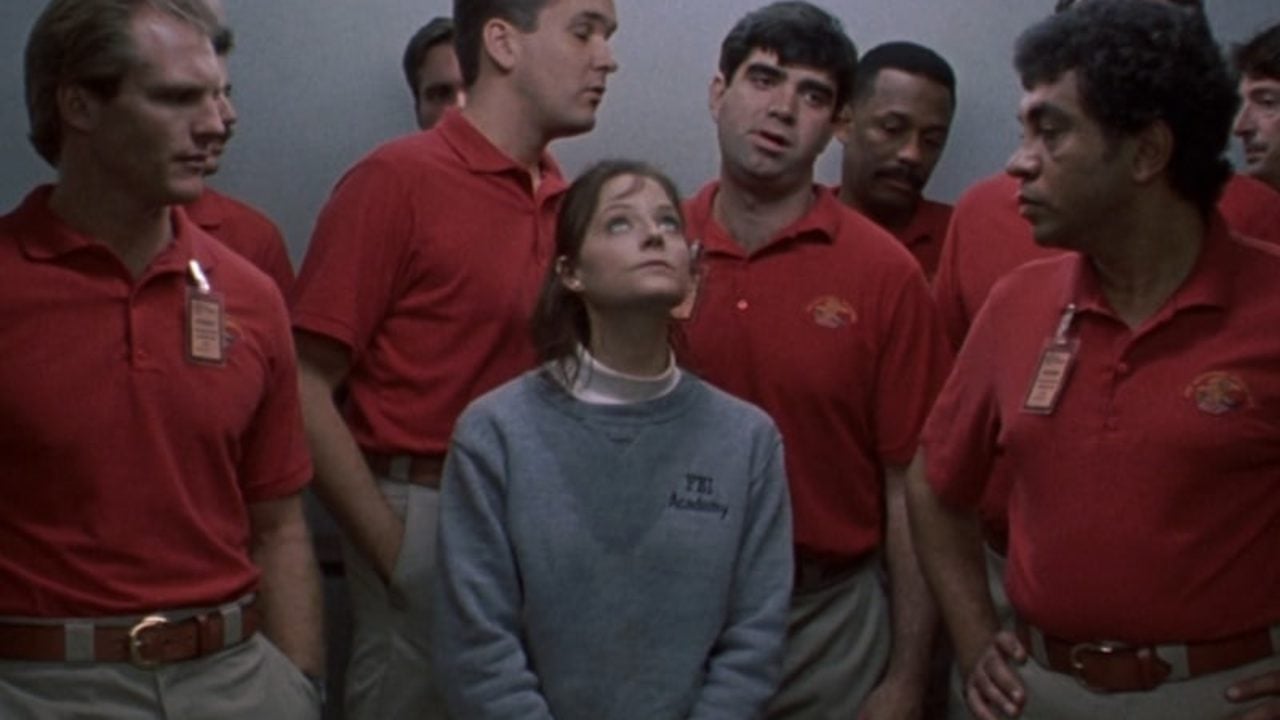 Considered to be the first (and only) horror movie to win an Academy Award for Best Picture, Jonathan Demme’s The Silence of the Lambs is a movie which follows the journey of Clarice Starling (Jodie Foster) as she tracks down nefarious serial killer Buffalo Bill (Ted Levine), who’s been skinning women to make a suit and now how has a Senator’s daughter in his clutches. To successfully catch him Clarice must work with the incarcerated Doctor Hannibal Lecter (Anthony Hopkins), a former psychiatrist turned serial killer and cannibal, to understand and capture Bill.

There’s no doubt that The Silence of the Lambs is an amazing film. From Foster’s and Hopkins’ performances and their direction to the screenplay and the score, this movie is unsettling and uncomfortable in all the right places. How Buffalo Bill is killing his victims, the pressure on Clarice from her superiors, and the gripping showdown between her and Bill at the film’s conclusion is simply masterful.

But The Silence of the Lambs is also not without its flaws. The hero-cop archetype isn’t an especially original one (and, given the demonstrations against police brutality, one we’re not going to spend our time deconstructing), and Buffalo Bill’s depiction is inherently transphobic. However, the film offers a great depiction of sexism in the workplace as well as an exploration of the male gaze, all of which is navigated by the film’s protagonist and legendary feminist icon.

The movie opens with Clarice training at the FBI Academy. We watch as she runs through an obstacle course in the forest, panting and sweaty, and while the moment should be an empowering one which shows us her physical prowess, it’s framed in a way that reminds viewers of a horror movie’s final girl. Clarice doesn’t look like she’s running to train, but rather she looks like she’s running from danger. We’re seeing her through the male gaze, and so any power she should be displaying is being subverted through the shot. As if to drive this point home, her workout is cut short by a superior who tells her she’s needed back at the Academy. He then watches her run away, and as she makes her way onto the campus several of her male peers, who are also working out, stop or turn to watch her jog by. She then enters a packed elevator, a lone woman in a confined space full of men. She’s then assigned the job of speaking to Hannibal and before she even sets foot outside his cell door, she’s told that she’s beautiful, is hit on, and has her abilities called into question by Hannibal’s psychiatrist Dr. Chilton (Anthony Heald).

This is all within the first twelve minutes of the film.

While all of this may seem inconsequential at first, it shows us that Clarice is never safe from objectification. Her peers and instructors, men she should be able to depend on for guidance or will be expected to work with in the field, are shown as predatory. She hasn’t even spoken to a killer known for eating his victims, and we already know that Clarice is unsafe and not respected by the men around her (and they’re supposed to be her allies). We see this repeated throughout the film, with one of the most notable scenes taking place around the forty-minute mark when Clarice’s boss, Jack Crawford (Scott Glenn), asks to speak to the local sheriff in private because he doesn’t want a woman to hear the sexual details of the crime.

Her relationship with Hannibal isn’t much better, despite some people believing it’s one built on respect. Hannibal frequently sexualizes her and then tries to upset her with this fetishization. As Nicholas Barber explains in his piece “Why The Silence of the Lambs Is a Feminist Fable,” Hannibal is predictably boring and obsessed with Clarice’s body and the sexualization of it. Barber says, “he also has the grubby one-track mind of an adolescent schoolboy trying to shock his teacher. At his initial meeting with Starling, he speculates about her upbringing, and ‘all those tedious, sticky fumblings in the back seats of cars.’ At his second, he asks whether Crawford ‘wants you sexually.’ At the third, he drools over the thought of her being abused by her mother’s cousin.” He then shares his frustration with audiences who’ve seen the film and chose to take away an appreciation of Hannibal and a fascination with serial killers, as opposed to outrage over the injustice Clarice is emblematic of.

Writer Noah Berlatsky also delves into the tumultuous relationship between the two in his article “The Feminist Failure of Silence of the Lambs.” In his work, he explores the idea of Clarice being a victim, though not in a passive capacity. He argues that the disrespect she faces in the workforce, paired with the lack of agency she has with Hannibal, is proof that the film isn’t truly a feminist narrative. He mentions that “her relationship with Lecter is tinged with sexualized, sadistic abuse, as he forces her to discuss traumatic details from her childhood in return for information about her serial killer case.” And while there’s a point being made and validity to both arguments, it seems reductive to revoke the feminist status The Silence of the Lambs once had because of the film’s problematic elements when dealing with its protagonist.

Although Clarice is still forced into a stereotypical showdown with the killer, something frequently reserved for final girls in slasher movies, she’s far from helpless or without agency. Despite needing Hannibal’s help to find Buffalo Bill, it’s her detective work and tenacity that solves the case. While society’s favourite fictional cannibal still escapes, Clarice doesn’t shy away from the fact that she’ll soon have to capture him. Despite the onslaught of workplace microaggressions and outright sexism, Clarice doesn’t take things quietly. After her boss speaks to the sheriff in private concerning the details of the case, Clarice confronts him about his decision, even though he claims it was just to get rid of the man. She says, “It matters, Mr. Crawford. Cops look at you to see how you act. It matters.” Good intentions or not, she makes sure her boss understands that the precedent he sets around other men will impact how they treat her, and other women in the field.

Even her discovery of Buffalo Bill is a feminist win. Her male colleagues break into the house of their alleged killer, smashing down the door with their guns blazing, all of them aggressively ready for a firefight. Clarice, on the other hand, is doing the thankless job of interviewing those who knew the victim. She’s seen chatting with a woman at Moxley’s, the truth and experiences of this young woman eventually leading to the discovery of the killer faster than the hypermasculinized violence of the other FBI agents ever could. Clarice isn’t afraid to push back against men and do things her way, even using the pride and sexism of others to her advantage (like the officers not realizing she isn’t part of Dr. Chilton’s group when she goes to question Hannibal one final time).

Although The Silence of the Lambs might have its flaws, Clarice Starling is a prime example of women pushing back against sexism, the male gaze, and the expectations of others. A feminist icon through and through, Clarice reminds viewers that sometimes the most courageous displays of feminism aren’t grand gestures, but everyday actions of dissent against patriarchy.

‘Re-Animator’ is a Must-See for Horror Fans Everywhere