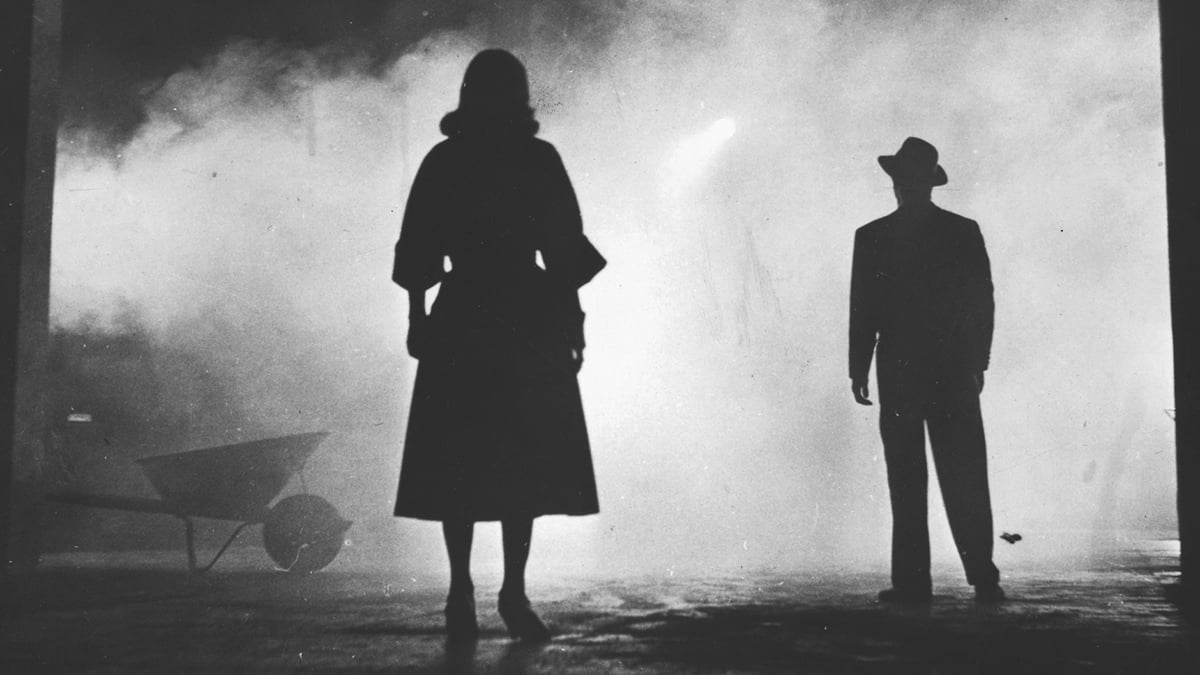 A detective is obsessed with a case, tracking down either a killer or a thief which has eluded him for long enough for frustration to sink in. An antagonist who always has the perfect alibi to reinforce whatever fabricated story he might have to deflect suspicions. A beautiful dame, prized trophy of the criminal, becomes the apple of the detective’s eye, for good or ill. If these plot elements read as familiar, it is because they should. They have been utilized a countless number of times throughout cinematic history, especially in Hollywood. There is something about the combination of those three storylines that attracts viewers. Perhaps it is that each allows viewers to leave vicariously in some way or another depending on the individual. Such familiarity can either be the downfall of a picture or the source of inspiration to create something captivating. The Big Combo, from director Joseph H. Lewis, released in the waning years of film noir’s popularity, is an example of the latter.

Lt. Leonard Diamond (Cornel Wilde) of the Los Angeles Police Department has been on the hunt for the elusive Mr. Brown (Richard Conte) for over a year already. His investigation has stretched over such a long period and necessitated such funds that the department would like nothing other than for Diamond to drop the case until harder evidence of Mr. Brown’s malfeasance is brought to light. Lt. Diamond’s primary strategy in trying to snatch information on Brown has been to trail the latter’s current main squeeze, Susan Lowell (Jean Wallace), even when she has left the country to go on vacation! Susan herself is feeling the strain of being Brown’s girlfriend, so much so that, one night at a club while under the protection of the mobster’s two main henchmen (Earl Holliman and Lee Van Cleef, in an early screen role long before becoming a legend in Sergio Leone’s For a Few Dollars More), she takes some pills in a suicide attempt. It is later while recovering at the hospital when Diamond succeeds in extracting some pertinent information from the depressed girl: the name Elisha. What connection this mysterious Elisha has with Brown just might be the most vital clue Lt. Diamond needs to bust his case wide open.

To argue that The Big Combo is a perfect film, a flawless example of the police procedural genre and an endlessly captivating mystery would be going too far. Superior and, frankly, more original police stories were made both before and after its 1955 release. However, there is something to be said about director Joseph H. Lewis’ notable efforts in bringing vibrant life to such a tiny picture. There are plenty of examples that demonstrate how small The Big Combo is, the most evident being the sets, all of which feel incredibly small and intimate. Another hint would be that however many times the protagonist, Lt. Diamond, harps on the point about Brown being a criminal mastermind, leader of a terrifically seedy organization, all the viewer ever sees of this dastardly conglomerate is Richard Conte, Lee Van Cleef, Earl Holliman, and Brian Donlevy, who plays a seemingly washed up, near-deaf hoodlum who lost his spotlight on the team long ago. Limitations they may be, they do not prevent the film from being not only an intelligent mystery but also a compelling character piece, even though not all the characters will win the viewer’s undivided interest.

The Big Combo comes up big where it counts…

For one, The Big Combo is gifted with some cleverer writing than with most films of this ilk, by which it is meant that Philip Yordon, who penned the script, injects some well-devised details about how each side, the police, and the mobster organization, is run. Early on in the film Diamond is harangued by a colleague for using up so much of the police force’s funds for an investigation which not only has lasted longer than necessary but has not produced any concrete results. He is reminded that such funds are taxpayers money just as in the same scene the audience learns Diamond has also been forced to fund some activities all on his own due to lack of approval from the department. The dialogue exchange thus accomplishes three things. First, it contextualizes and grounds the story in a sense of reality. Second, it succinctly reveals to the audience how obsessed Lt. Diamond has become with wanting to toss Brown into the slammer. Thirdly, it is suggested that Diamond’s interest in Brown has taken on another life as well in the form of Susan Lowell, with whom the investigator may or may not have fallen in love with. Cornel Wilde offers a nice performance in the role, conveying his character’s obsessive nature all the while providing him with a sense of warmth that wins over the viewer. In other words, the obsession never crosses a line where the audience begins to question just how righteous Diamond is.

On the opposite end of the spectrum, the elicit operation is a tightly run ship, with none other than Mr. Brown himself giving the orders. He is a charismatic, cool-headed man, not one to easily get nervous. His demeanour is in fact quite cool for the most part, although never to the extent that his collectedness might be misinterpreted for arrogance. There is no mistaking that he is the villain, and yet the script wisely offers the character some shades of grey. From the moment the name Elisha is uttered from Susan’s mouth, that person, whoever she might be, definitely has a hold on Brown. Part of the interest in watching that mystery unfold is precisely in observing Brown betray an ever so slightly softer side to him.  He is a bad guy, but not mechanically so. In addition to the writing, actor Richard Conte does a splendid job in producing a multi-dimensional antagonist. However fun it might be to see cops arrest mobsters for their unruly ways, it is hard to deny that Mr. Brown is a smart, level-headed man, and part of the credit for successfully creating the character must go to Conte.

Even though it was written earlier in this review how ‘small’ the film looks in some cases, it should be noted that the cinematography is exempt from that criticism. Whereas the sets confine the movie in many ways, the play of light and shadow frequently belies the small production values. What is especially interesting is how forced some of the choices appear to be. There are moments when, if one thinks about the geography of the scene for a moment or two, there is no real reason why the room and characters would look so cool, yet they do.  John Alton, who worked as a cinematographer on the project, ups the ante in some spectacular ways, which practically feels at odds with some of the movie’s other visual aspects. There are movies when the stylistic choices feel as though they morph organically out of the story and other occasions when they feel much more deliberate, which is the case with The Big Combo, but then again, who has ever complained about a film’s cinematography looking superb? This movie reviewer certainly won’t try to be the first.

In the end, The Big Combo moves along at an excellent pace and wraps up its central conceit just in the nick of time. There are not too many twists and turns, but enough little reveals to keep the viewer guessing. Most importantly, the psychological gamesmanship between the two leads truly carries the film along with strong writing.

Key Largo is Both Pulpy and Thought-Provoking

The Man Who Cheated Himself has a phenomenal climax