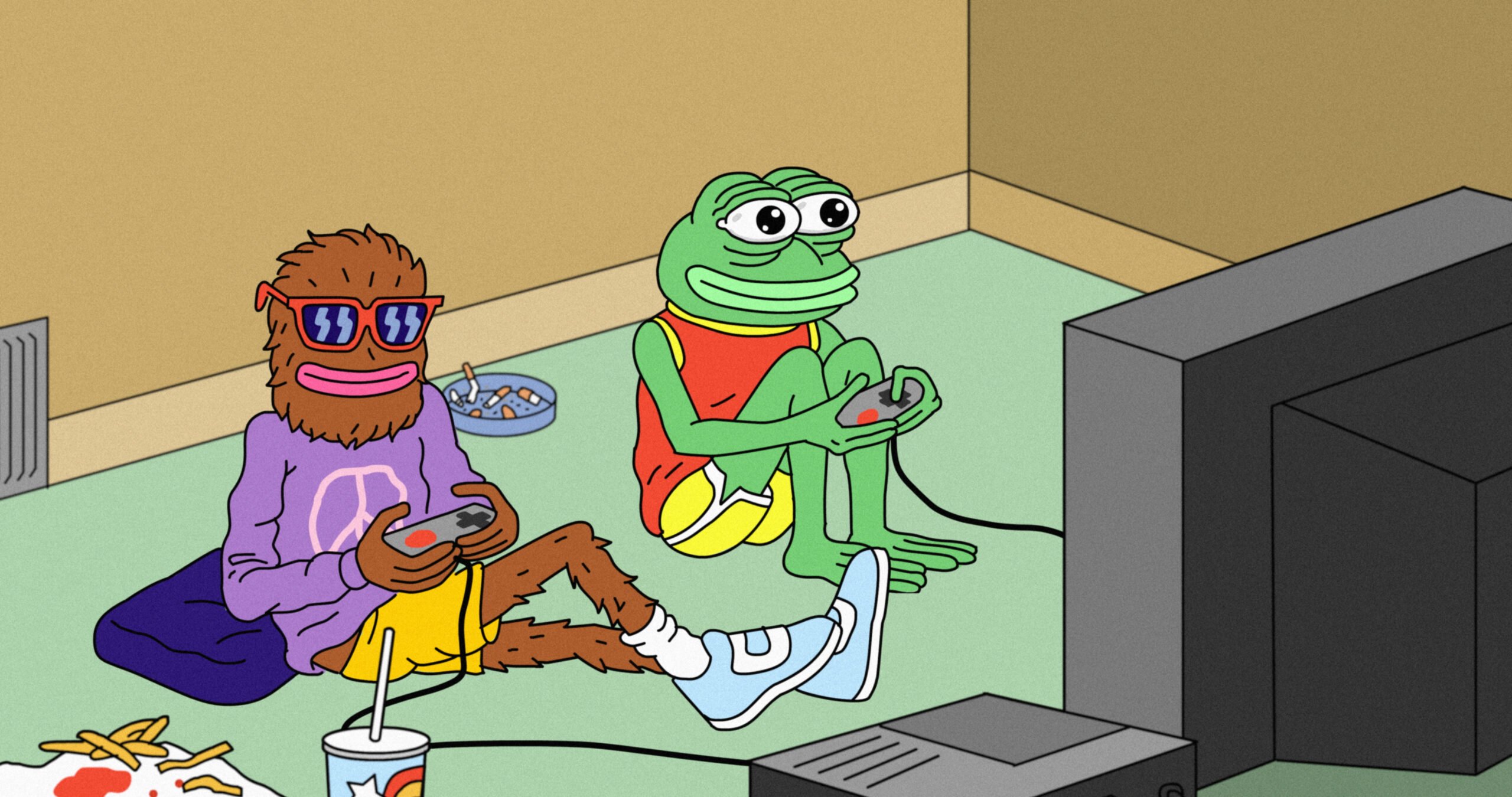 If you’re one of those people who’s “too online,” you probably know all about Pepe the Frog. He’s a green cartoon frog that emerged, around 2015 and 2016, as something of an unofficial mascot of the alt-right, and other frothing racists.

The origins of Pepe, however, had nothing to do with racism or anything political or controversial- the character was established in 2005 by a cartoonist named Matt Furie, and Pepe’s popularity had a long life in memes before the alt-righters ever got a hold of it.

Feels Good Man, a compelling new documentary that shows this week as part of Fantasia Fest, chronicles Furie’s creation of Pepe, and how his creation was unwittingly appropriated by some of the worst people in the world, and how Furie fought back to reclaim his creation. This included lawsuits against the likes of the conspiracy theorist Alex Jones- and even a meeting with the Anti-Defamation League, who had proclaimed Pepe a hate symbol in 2016. At one point, Furie ultimately decides to “kill” the Pepe character.

The documentary, which gets its name from Pepe’s catchphrase in the original cartoon, is valuable, mostly, as a character study of Furie, and it really puts across this notion of how unfortunate it was for his innocuous creation be appropriated without permission by some truly hateful people. But the film also provides a look, better-done than most, at the awful logic of Internet trolling, and the stupid dance that goes into couching the foulest bigotry in layers of irony.

One of the better segments of the film is the plentiful footage of Jones testifying in a deposition, which is its own form of absurdist comedy, as Jones tries mightily to play his bullshit character while also straining to not perjure himself.

Chan culture, the alt-right, and other such cesspools, for all the attention they get, is harder to make interesting than you would think. A documentary earlier this year, TFW NO GF, tried to explore that same subculture, with mixed results. It tried to humanize 4Chan types, only to clarify that these guys are EXACTLY who you expect them to be. Another festival doc this year, White Noise, was more successful, profiling some of the alt right’s bigger names. And the recent Spree, a non-documentary feature directed by Eugene Kotlyarenko, took a creative and surprisingly violent look at chan culture.

The good man of Pepe the Frog may never fully get rehabilitated, but Matt Furie’s shot at doing so has certainly made for a documentary worth rooting for.