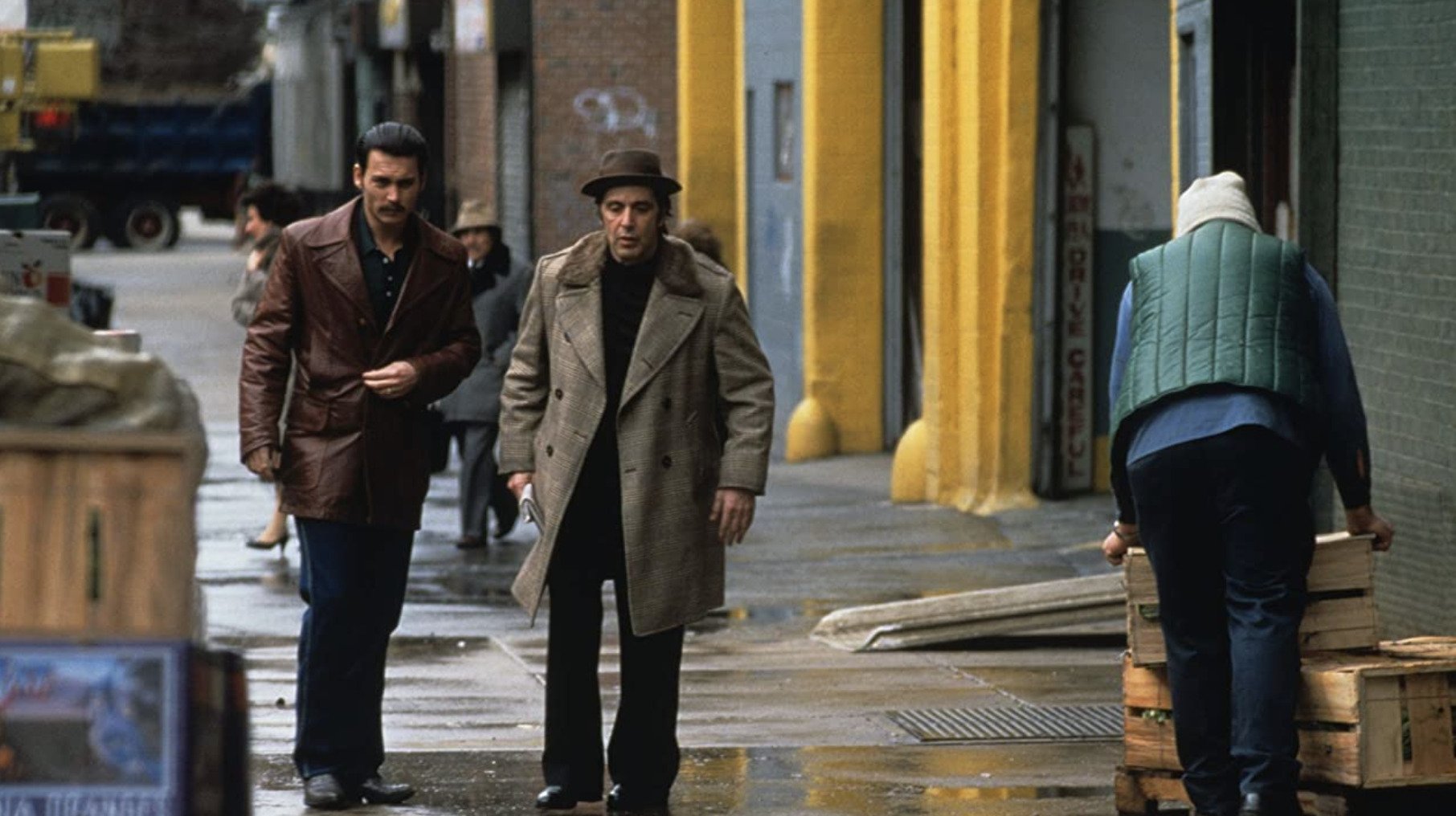 Donnie Brasco arrived in February of 1997 — 25 years ago this week — and it’s a very enjoyable mob film, telling a compelling true story and featuring strong performances by leading men Al Pacino and Johnny Depp and a long list of tough-guy actors in supporting roles (Michael McKean, Bruno Kirby and Tony Lip among them.) But it’s not quite a classic, mostly because it didn’t break any ground, or show us a new way of telling this type of story.

The biggest innovation in Donnie Brasco was in making Pacino a low-man on the mob totem pole, rather than the boss while providing a view of the guys who do some unglamorous work as breaking into parking meters. It’s the type of mob movie in which Pacino’s character, who lives in a rundown apartment, spends a lot of time complaining that he was passed over for a promotion.

The other is that it introduced “fuhgettaboutit” to the lexicon, in a scene in which he explains the phrase, with different inflections, to a pair of FBI technicians, played by a very young Paul Giamatti and Tim Blake Nelson.

Donnie Brasco was directed not by Scorsese but rather Mike Newell, who has made huge hits like Four Weddings and a Funeral and Harry Potter and the Goblet of Fire but hasn’t ever been associated with the gangster genre otherwise. He’s also a British guy, as opposed to the Italian-American filmmakers long associated with the genre. It was, however, written by Paul Attanasio, who earned his second Oscar nomination in three years, after 1995’s Quiz Show.

Depp plays the titular Brasco, a jewel thief who is, in fact, an undercover FBI agent named Joe Pistone, sent to infiltrate the Bonano crime family in 1970s New York City; the film was based on Pistone’s memoir, written from witness protection. Pacino is Lefty Ruggiero, a mob lifer and struggling sad sack who brings Brasco into the family and shows him the ropes.

The two develop a bond, something of a mentor/protege relationship- one always threatened by both the older man’s jealousy and even more by the younger man is spying on and recording him. As in most movies and TV shows about undercover law enforcement, the tension is about how he will get caught, and eventually, in the ways, Pistone gets seduced by the mob life.

The two main performances are both fantastic. It’s somewhat amusing that Pacino was playing the worn-down old guy in this movie (just as he had in The Godfather Part III seven years earlier), and here he is still working, a quarter-century later.

The film does have one big weak link, though. Everything with Anne Heche as Pistone’s wife is cliched, screeching-wife nonsense that brings to mind the “I’m taking the kids to my sister’s” character from Saturday Night Live. A couples therapy scene, in particular, plays like it was written by a guy who had just gotten divorced and was angry about it. The problem is less Heche, though than the writing.

Donnie Brasco is a fine film. But good as it is, won’t be taught in film schools in 50 years the way The Godfather and Goodfellas are.

How Batman & Robin Became a Dark Stain on the Batman Franchise

The 10 Greatest Scenes From The Batman Movies