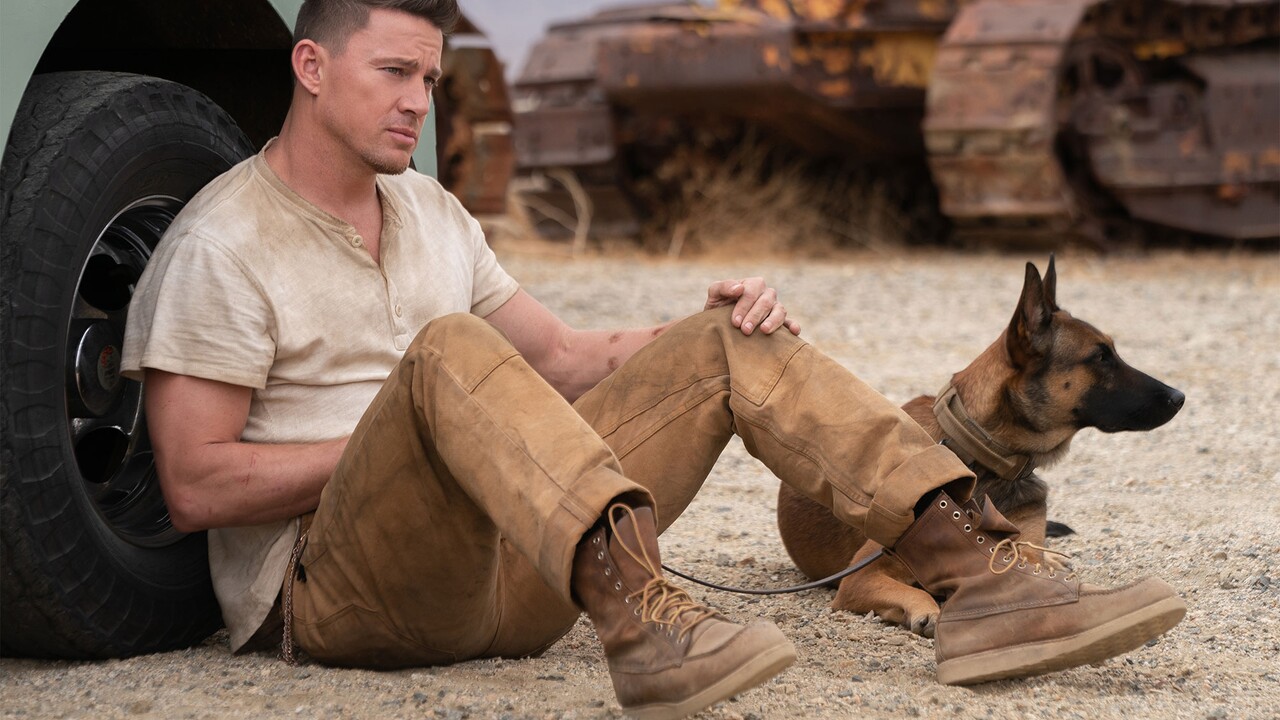 If Channing Tatum has proven anything in his career, it’s that there is always the possibility of more beneath the surface of his films. 21 Jump Street looked like a tired attempt to cash-in on nostalgia; the first Magic Mike was depressing, and Magic Mike XXL applied a feminist lens to the art of male entertainment; and Tatum’s latest, Dog (which he co-directed with Magic Mike collaborator Reid Carolin), digs beneath jingoism and prejudices to find people discarded by their country and fighting to keep themselves together. An unsurprisingly sweet film thanks to its canine protagonist, Dog overcomes a rocky start to uncover a bittersweet glimpse into a slice of America sitting on the fringes and struggling to find a way back to normalcy.

Tatum leads the film as Briggs, an ex-Army Ranger who suffered a brain injury that has prevented him from reenlisting. Stuck in a dead-end job making sandwiches, unable to get closer to his family, Briggs gets a shot at getting his life back in order when a fellow soldier passes away and his dog, Lulu, is requested at his funeral. The catch? They can’t fly as Lulu has several triggers that will make her react aggressively, and the funeral is in a few days.

Much like Magic Mike XXL’s road trip structure (which was written by Carolin), Dog follows a similar route for its plotting. There’s plenty of reason to yawn at the way it all plays out, specifically in its clashing of alpha males that slowly wear themselves down and open up to each other. The road trip itself is predictable, but it’s the moments in between where the film excels. Briggs’ refusal to bond with Lulu is only the beginning of their problems and as their journey unfolds the two find common ground and begin meeting each other on equal terms.

Dog is immediately poignant because it recognizes that Lulu, a Belgian Malinois trained to be a precise tool for war, is disposable. Much like Briggs finds himself in contention with his own government’s policies, Lulu’s similarities as a cog in the machine diverge because she was bred to be something that society does not accept. Without the owner she bonded with, her days are numbered and she has suddenly become a dog without a country.

That tragic realization colors Dog much in the same way that Magic Mike XXL was colored by its protagonist’s accepting their own days as entertainers coming to an end as they set forth for one last hurrah. It’s the encounters that Briggs and Lulu have on their journey that illustrate the prejudices that prevent forward progress and an escape from a doomed fate. However, they also show people who have made something of themselves despite being cast aside. While not a fully nuanced depiction of American society, how it interacts with Briggs and Lulu and breaks them down is surprisingly effective.

The only downside is that Dog takes some time to find its footing, and even when it does, there’s still an uphill battle because Briggs is not a likable person. Tatum tries to bring charm to a character that is stubborn and selfish, but it grates whenever he attempts to be friendly or helpful to Lulu. It feels intentional and Tatum is more than capable of leaning into a level of faux-friendliness, but there’s a disconnect during a lot of the confrontations between Lulu and Briggs. They’re stilted in a way that causes some of the chemistry to buckle under the pressure, only to be salvaged as the film finally falls into a more leisurely pace.

Gorgeous vistas across the Pacific Coast are accentuated by Thomas Newman’s plucky score, rooting itself in a rural homestead vibe as Briggs and Lulu make their way to the funeral. There are some effective shots in here that come out of left-field from cinematographer Newton Thomas Sigel, occasionally giving itself some genre-blending moments that somehow stitch together neatly. As the directorial debut of both Tatum and Carolin, Dog is remarkably comfortable taking some occasional swings that sometimes rock the pacing a bit but always provide a healthy dose of energy.

It’s through the meandering around America that Dog finds its personality, fitting in with Carolin’s other screenplays though perhaps having a bit less of an impact. The initial impression it leaves and the slow peeling back of its layers to reveal something demonstrably human is reflective of the two protagonists at the center of Dog. A deceptively cute movie that leaves behind a slight impression of the American military and the soldiers it leaves behind. It teases a far more enriching experience than it delivers, but the end result still manages to tug at the heartstrings.

David Lowery and Filming Mortality: Why The Green Knight Should Have Been Nominated for an Oscar