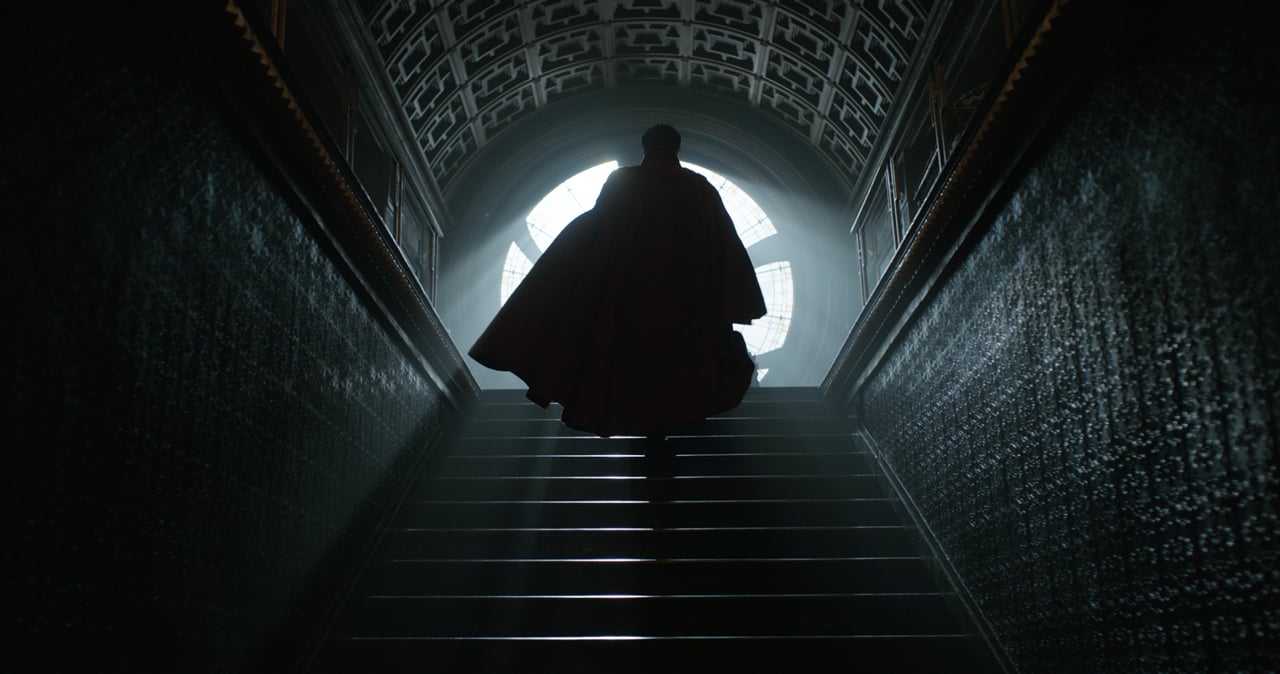 Doctor Strange is the newest addition to the ever-expanding, hopefully, benign mass of superhero movies, with Benedict Cumberbatch as the titular sorcerer, yet another character in the cinematic universe’s increasingly bloated roster of heroes. The plot is very much an origin story, a refreshing break from most of Marvel’s superhero films post-Phase One, where it’s presumed that the audience has already seen all the previous films and to hell with anyone who hasn’t.

The film settles very comfortably into the standard Marvel format: action adventure with a bit of comedy, a plot object of great mystical/technological power that the story revolves upon at some point, and an approach to murder so casual it would make Brad Bird blush. However, there are a few more distinctions from your typical Marvel film than it being an origin story. For one, Doctor Strange is less of a team sport than previous Marvel films. Even Ant-Man had a whole crew behind him, but Strange’s journey is much more personal, with the Ancient One (Tilda Swinton) and Mordo (Chiwetel Ejiofor) more as characters who occasionally offer guidance to Strange than inseparable teammates.

Cumberbatch does a decent job of playing a rather overbearing boffin (not that he hasn’t had practice) and, despite the script’s best efforts, pulls off a genuine character arc with Stephen Strange going from gifted self-obsessed neurosurgeon to gifted less-self-obsessed practitioner of the mystic arts.

What really sets Doctor Strange apart from the typical Marvel format is its visuals. Reflecting the lore’s connection to the mystical laws that underpin existence, the visuals delight in warping space and time. The spectacles are kaleidoscopic, technicolor-esque mind-benders, and out-Escher the visuals of Inception with gusto. The only duff notes, which are exceedingly minor, are the martial arts choreography and the animated leaps, both of which look dated, particularly post-The Raid. Hopefully, the film’s opening well outside of Oscar\ season won’t see it snubbed for an award.

What’s also appreciated is how relevant to the film narrative the visual design is, something that happens all too rarely. The playing with the dimensions ties in well not only with the journey of Strange seeking to comprehend the underlying laws of existence, but also with how the villain, Kaecilius (Mads Mikkelsen), seeks to end time (not in some abstract sense like freezing it, but literally by removing it as a physical dimension). On the subject of villains, Kaecilius does tick that box of a villain who makes a point rather than twiddling a mustache, seeking not to inflict evil or suffering but instead to alter the fundamental rules of the universe for a purpose he sees as progressive.

After Fox executives proved unable to stomach Josh Trank’s attempt to make Fant4stic in to Cronenberg-esque body-horror and expand the superhero format into a genuine medium that can portray a range of genres, the concern was that the superhero genre was going to be locked within “comedy-action-adventure.” Deadpool did manage to expand that “comedy” in to the world of 18+, but if the recent Logan trailer is anything to go by, it wasn’t much of a step. Doctor Strange, while still stifled by an all-too recognizable and increasingly stale format, does expand that comfort zone with its visuals, and for that, it gets thumbs up.

Marvel’s Doctor Strange isn’t what the doctor ordered, but is strange enough to entertain.