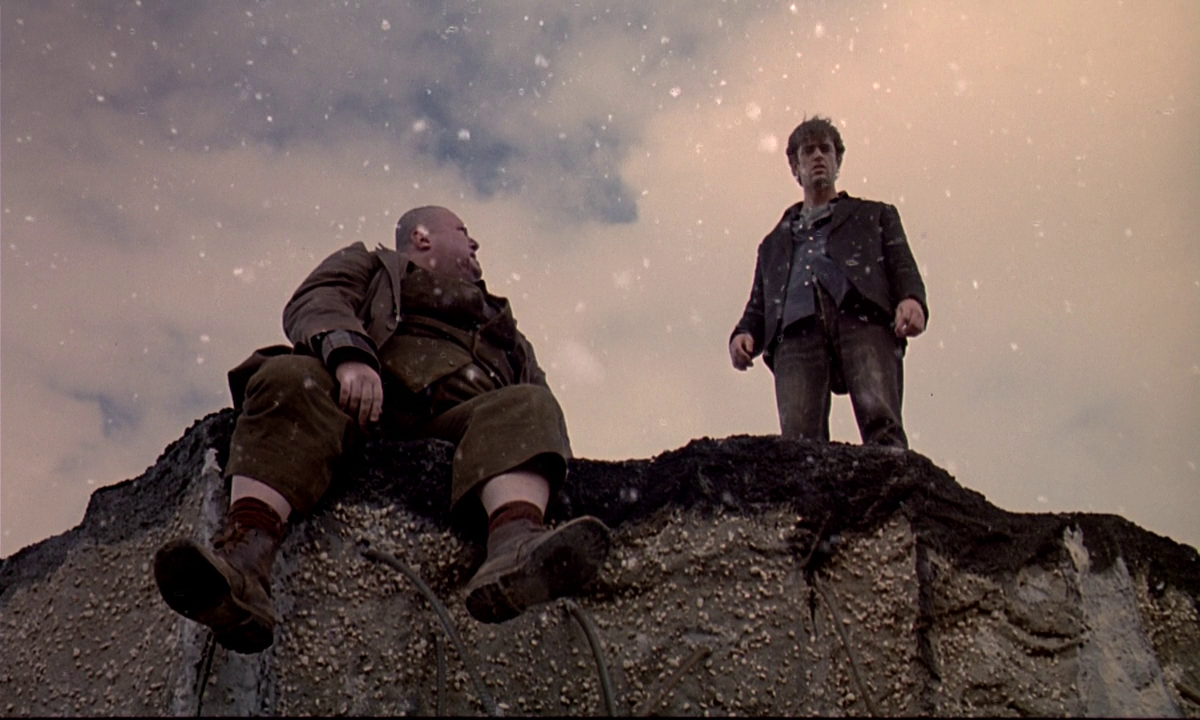 Let’s just get this out of the way. Michele Soavi’s Cemetery Man is one of the three best Italian horror films ever made. Based on the wildly popular Italian comic book Dellamorte, Dellamore from Tiziano Sclavi’s Dylan Dog series, Cemetery Man is compelling, bizarre, and downright entertaining from start to finish. Technically a zombie film, but not really, Soavi’s avant-garde gothic flick weaves in so many unexpected directions, that it is quite unlike any horror film made before or after. This surreal fantasy from the director of Deliria (1987) unfolds like a very weird dream and never stops moving, twisting and turning its way to a beautifully rendered existential climax. You can take it as a horror picture or a black/comedy or a story about friendship, identity, and love. Either way, it works. 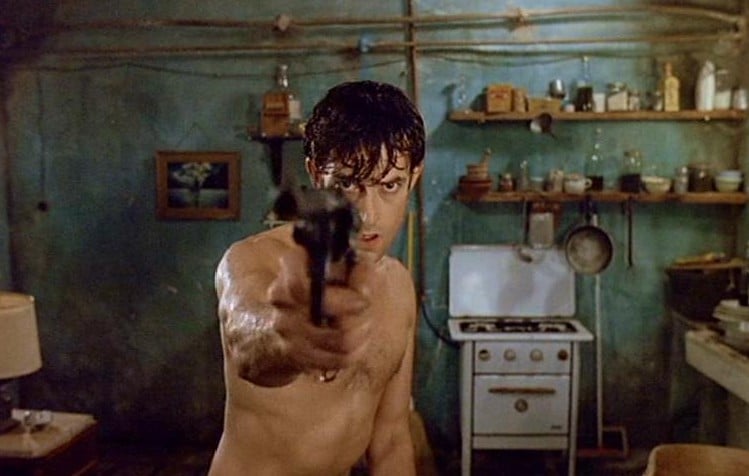 The scenario, written for the screen by Gianni Romoli, concentrates on the human characters rather than the walking dead. In other words, Cemetery Man is a horror movie with character. There’s a quirky blend of romance, surrealism, black comedy, sex, violence and haphazard plotting that only the Italians can get away with. Forget conventional storytelling, the narrative is really a series of vignettes that centre around its brooding antihero, Francesco Dellamorte (Rupert Everett), a caretaker at Buffalora Cemetery in northern Italy. His assistant and only friend, Gnaghi (played by famed French musician Francois Hadji-Lazaro) is an overweight mute. The corpses outside, crawl out of their graves after spending seven days in the ground, and so Francesco is left to put back them using a loaded pistol. His aim is precise and usually, only a single bullet will do the trick. Is this the beginning of an invasion? Does it happen in all cemeteries? Or is Buffalora just an exception? Who knows? And in the end, who cares? He’s just doing his job. Francesco doesn’t have a degree in biology, nor as he even finished high school. He hasn’t read more than two books in his whole life. One never finished. And the other is the phone book. But he lives a rather simple life, that is – until he finds complications when meeting a series of beautiful women (all played by Anna Falchi), all whom he fancies greatly. The problem is, each of these women prematurely dies – each tragically – and each return to his cemetery, only this time, to be buried. 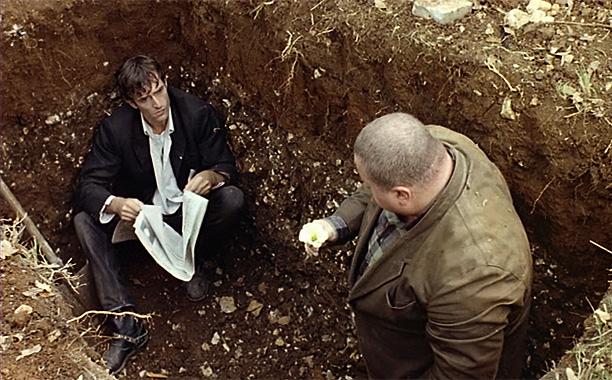 Soavi is a well-known disciple of Italy’s master of horror Dario Argento, and it shows in every frame. The opening scene where Dellamorte disposes off the living dead as he casually chats on the phone is one of the best openings of any horror flick. From the color-drenched scenery and a kiss silhouetted by the full moon, to a camera rotating around a table (Ala Reservoir Dogs), or a steady tracking shot; almost every scene in Cemetery Man is a treat to watch. Even better is the score by Manuel de Sica, a prolific composer who has written over one hundred musical scores for television and film since 1969. His score is a curious blend of synthesizers, and traditional instrumentation accompanied by a catchy theme song that’ll leave you humming long after the credits role. Cemetery Man is the product of an expansive vision, a gorgeously rounded picture that passes through moments of genuine longing and existential crisis – right up to the film’s heart-wrenching mystic finale, in which Francesco will travel to the edge of the world to find some meaning in his cursed existence. Originally titled Dellamorte Dellamore (Of Death and Love), Cemetery Man is one of the most striking Italian genre efforts, and an overlooked, and under-appreciated gem. 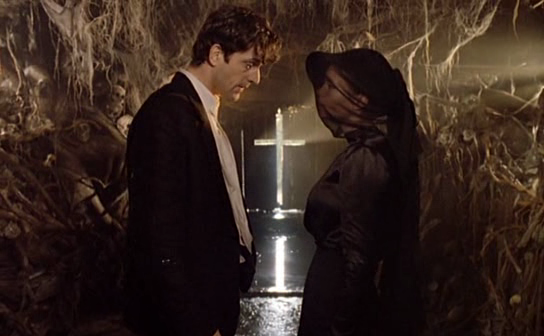 Doctor Strange Isn’t What the Doctor Ordered, but is Strange Enough to Entertain

‘Deathgasm’ is the best Kiwi horror/comedy since ‘Dead Alive’