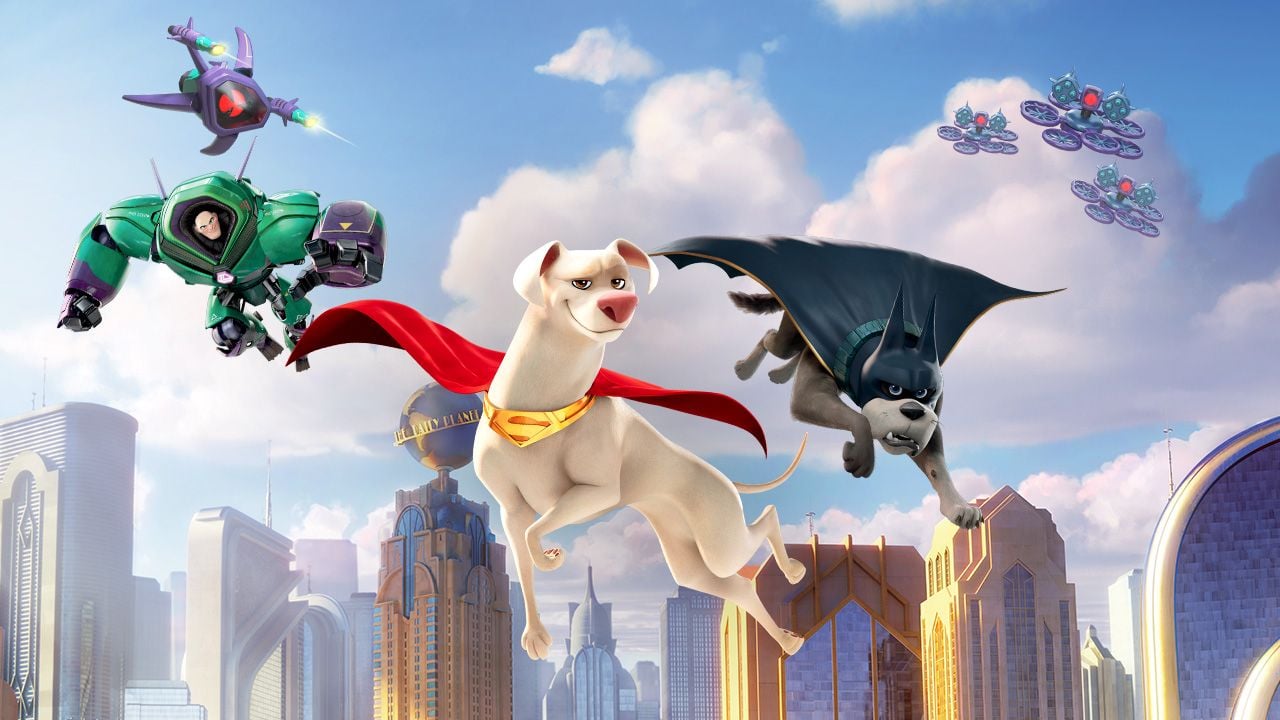 Their first mistake was naming the dog “Krypto.”

That’s the name of the main dog, voiced by Dwayne “The Rock” Johnson,  in DC League of Super-Pets, the new cartoon feature film that repackages established DC Comics lore as a separate origin story involving the superheroes’ pets.

He’s called Krypto, of course, because of Krypton (and yes, I realize the Krypto dog character has a comic-book backstory that goes back to the 1950s.) In this film’s world, the dog came from Krypton and jumped into baby Kal-El’s space pod right before the planet exploded. But every time I heard his name I couldn’t help but get distracted by the film naming its hero after Bitcoin.

While it may serve as a useful introduction to DC mythology for the kiddos, it’s overall a generally witless, laugh-free affair. The animation, meanwhile, is pedestrian- in particular, it shows both Batman and Superman as even more cartoonishly muscled than Ben Affleck was when he played the Caped Crusader.

After the Krypton prologue, League of Super-Pets picks up in the present day, where the dog, who also can fly and has other Superman-like superpowers, is acting as the Man of Steel’s sidekick. But the dog is also palpably jealous of Superman (John Krasinski)’s relationship with Lois Lane (voiced by Olivia Wilde.)

Through a brief confrontation with Lex Luthor (voiced, for some reason, by Marc Maron), Krypto loses his powers. We’re then introduced to a group of shelter animals, who we know will emerge as the next superteam- most of them played by talented voice actors who aren’t given much to do.

Kevin Hart is “Ace,” a boxer with a tragic backstory; that his ears are shaped exactly like Batman’s should perhaps be a clue about how things end up.

While Vanessa Bayer is a pig who can change sizes. Others are played by the likes of Natasha Lyonne, Diego Luna, Thomas Middleditch, and Ben Schwartz. Kate McKinnon voices the heavy, a guinea pig obsessed with serving the uncaring Lex Luthor, sort of a Lindsey Graham to Lex’s Donald Trump.

We also get all the usual superheroes, although they’re kept imprisoned for the bulk of the movie in order to let the animals drive the plot. I kept wanting to see the Justice League again, especially the Keanu Reeves-voiced Batman. Maybe we should demand a four-hour cut of their version of the story.

Speaking of which, the film is full of feeble in-jokes about Superman/Batman/Justice League lore. Is there a Henry Cavill/mustache joke? You know there is.

Most of the things The League of Super-Pets is trying to do, starting with the DC-related in-jokes, were already done better by 2017’s The Lego Batman Movie. Although ironically, that film’s screenwriter, Jared Stern, is the writer-director of The League of SuperPets. He did it better the first time, I guess.

Not Okay is a Pitch-Black, Mostly Successful Social Media Satire

Flux Gourmet is a Riotous Look at Art and Farts