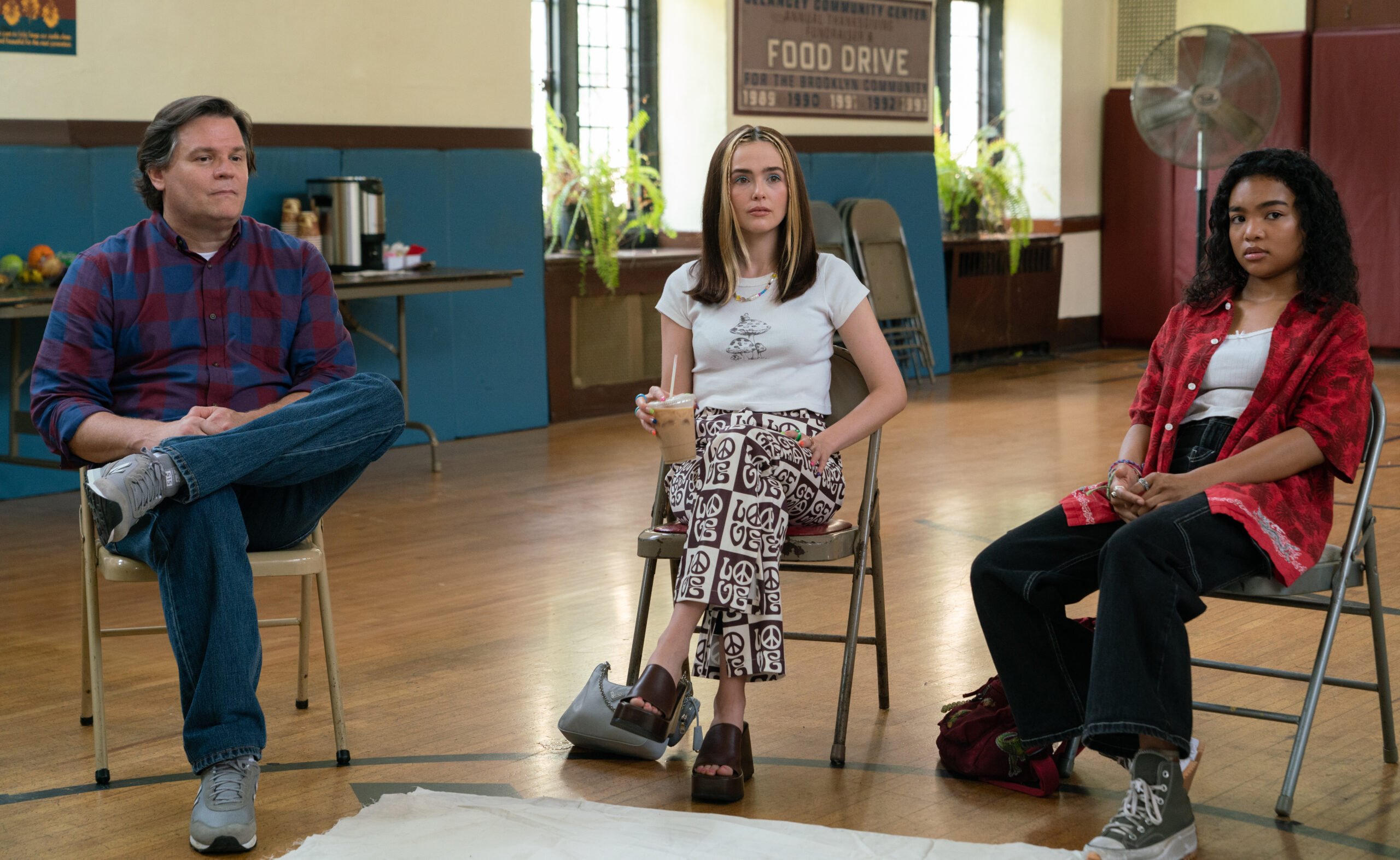 Not Okay takes that idea to its most logical, nightmarish conclusion. Sure, it may traffic some well-worn and tiresome ideas about cancel culture and social shaming, but the film ultimately works as a successful commentary on modern Internet culture.

A Searchlight Pictures production that lands on Hulu Friday, Not Okay was directed by Quinn Shephard, best known for the festival film Blame a few years ago. Just 27 years old, and also an actress, Shephard seems more adept at speaking the language of social media than most filmmakers who tackle the subject. The film doesn’t, for instance, treat it as a given that selfies are the root of all evil.

The film stars Zoey Deutch as Danni, a young woman struggling in the magazine world, where she’s a photo editor but wants more, although her ambitions are more towards becoming a social media influencer than a writer. Danni’s crush on a social media star co-worker (Dylan O’Brien, doing a convincing impression of Pete Davidson) leads her to pretend on social media that she’s on a trip to Paris when she actually never left Brooklyn.

It’s during that fake “trip” that a very real terrorist attack takes place, causing Danni’s formerly modest social media following to skyrocket, and for her to become the face of a tragedy that she actually had nothing to do with at all.

There’s a touch of the great World’s Greatest Dad here, as a character suddenly gains the massive fame they’ve always wanted, only in such a way that’s not only piggybacking off of tragedy but also requiring the protagonist to keep up a complexly-constructed web of lies. The film also recalls 2017’s Ingrid Goes West, in which Instagram jealousy causes a young woman to slowly lose her mind.

The total also has multiple meanings: Danni starts the “Not Okay” movement, aimed at getting people to admit that they’re struggling. Also, she’s not okay herself, and the stuff she does isn’t okay either.

The second half of the movie largely consists of Danni’s friendship with Rowan (Mia Isaac), a survivor of a genuine school shooting who has become an anti-gun violence advocate. The fall, it’s very clear, is on the way — and in fact, in the movie’s biggest miss-step, it makes that too clear, by flash-forwarding to it at the beginning.

Deutch, who usually plays sweet and likable characters (as in Everybody Wants Some!! and Set it Up), does a great job stretching here, nailing that tricky role. Isaac’s character, meanwhile, is absolutely heartbreaking, even before we learn her entire story.

Sure, the film ends up marinating in a lot of the kind of clueless-white-woman stuff that pop culture has already had a lot to say about in the last five years. But I give it credit for never turning into a cancel culture pity party.

Credit Not Okay with having something to say, and not something obvious and condescending, about social media today.

DC League of Super-Pets is a Mostly Witless Affair