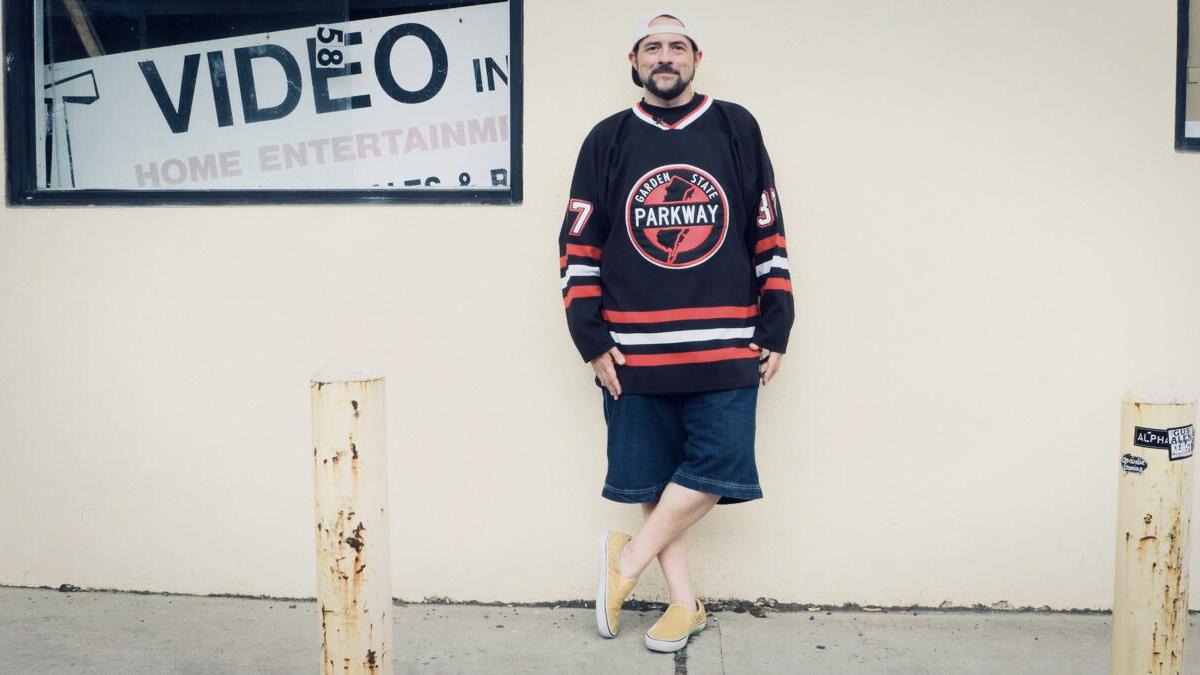 The 2021 South by Southwest documentary, directed by Malcolm Ingram, goes through Smith’s entire life and career, with the full cooperation of Smith, his family, and most of the key members of his entourage.

It charts Smith’s entire career arc, from his sudden appearance in 1994 with Clerks, a truly groundbreaking and important film in the history of American indie cinema all the way up to Smith’s life today, which consists of live shows, podcasts, the occasional movie, and content seemingly made to appeal to his audience of die-hards, and just about no one else.

This is also true of Clerk itself. It’s likely to appeal to Smith’s fans. But even if you’re not a hardcore View Askew devotee, there isn’t going to be a lot of information in this movie that you didn’t already know. But even so, it’s a fun trip back through the last quarter-century in the life of Smith.

The film goes through Smith’s entire filmography, predictably spending a bit more time on Clerks, Chasing Amy, and other early movies than on, say, Tusk or Yoga Hosers. There’s also stuff about the main off-movie stuff Smith has been up to for the last 25 years- his multimedia ventures, his comic book store, his decision to take up weed-smoking for the first time in his 40s, his heart attack, and his subsequent huge weight loss. And yes, Smith indeed acknowledges, albeit briefly, that Harvey Weinstein was responsible for producing most of his notable movies.

Among the few major subjects not mentioned is that time Smith got kicked off a plane, and that infamous anniversary tweet about how much he loves having sex with his wife.

The film, while treading familiar ground, does have interesting insights. Years before the rise of the MCU, Smith saw the mass embrace of comic book culture coming, and he even thought to give Stan Lee a cameo in Mallrats years before the Marvel movies did. Smith does say, though, that Lee served as a role model for him when it came to being a businessman. If you read Abraham Reisman’s recent biography of Lee, True Believer, one of the major takeaways is that Stan Lee, for most of his life, was an absolutely horrendous businessman.

Marc Bernardin, the former Entertainment Weekly writer who now cohosts Smith’s podcast, acknowledged that many of Smith’s fans had no idea Bernardin was Black until they started doing video shows. I’ve been to Smith’s live shows, and it’s no exaggeration to say the bulk of the people there were not only white men, but white guys of Smith’s approximate age, body type, and fashion sense.

What does the film have to say about Kevin Smith, the man, and the filmmaker? Mainly that, at age 50, he’s gotten to be something of a happy man. He’s healthy, he’s able to make movies and other media products that give himself, his friends, and his fans joy, even as mainstream respectability is something he’s had to let go of.

“I wound up being myself for a living,” Smith says. And honestly, good for him.

SXSW 2021: WeWork: Or the Making and Breaking of a $47 Billion Unicorn