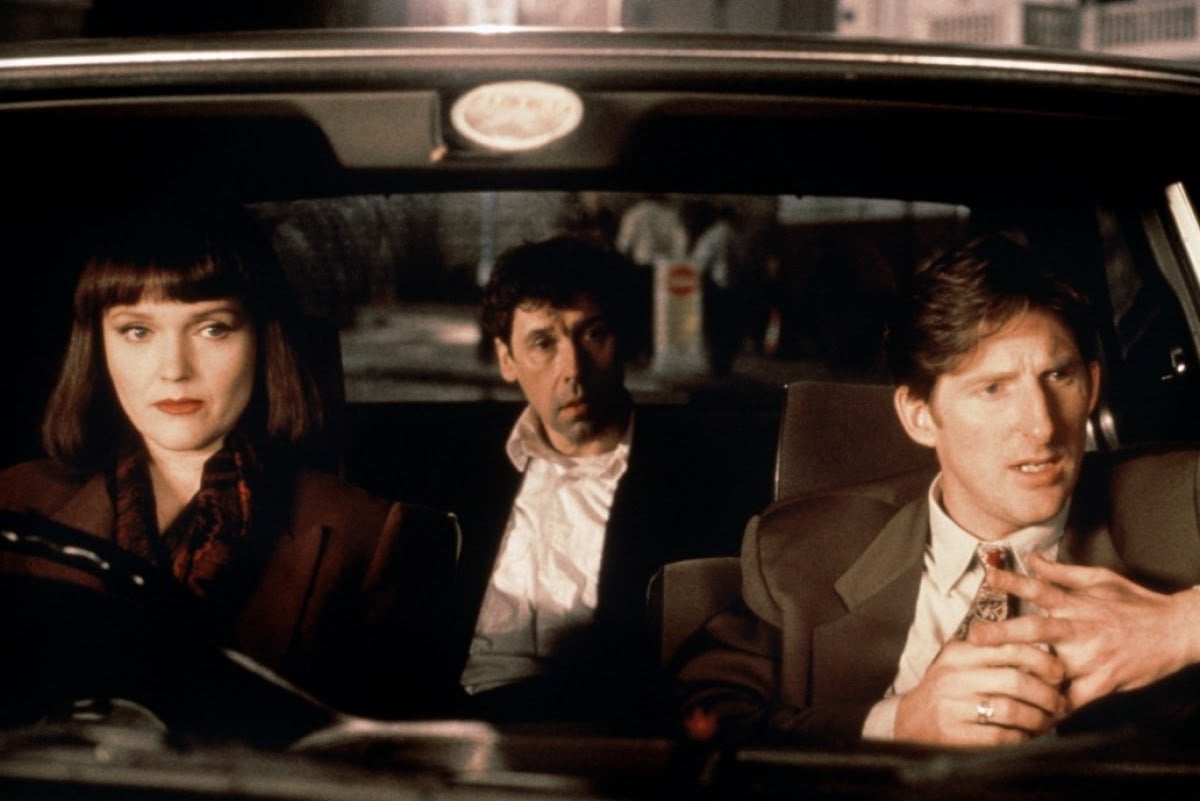 This Fantastic 1992 thriller was written and directed by Neil Jordan. The film is a gripping character piece that explores themes of race, gender, and sexuality. It tells the story of the inevitable fallout after a British soldier is accidentally killed while being held captive by the IRA. The plot twists and turns as the IRA man (Steven Rea) who was tasked with guarding the soldier attempts to avoid being killed by the IRA himself while falling in love with the soldier’s ex-girlfriend. The film initially was a flop in the UK but gained speed after it was re-released worldwide. At a glance, The Crying Game is the least political of the films listed here. But heavy psychological undertones explore the idea of terrorism and how it can shatter anyone’s moral compass. The themes of this film continue to resonate today.

This incredibly grim yet superb piece of filmmaking also won the Palme d’Or at Cannes in 2008. The film was written by Edna Walsh and Steve McQueen (Who also directed), and tells the story of Bobby Sands and his involvement in the 1981 hunger strike at the Maze Prison, an event that ultimately led to Sand’s death. The film is masterfully made on all fronts, yet it is brutal, stark, and unapologetic! McQueen paints a graphic and highly detailed picture of the life of an Irish political prisoner. One beautifully crafted scene is a single 22-minute take of Sand’s having an ethical discussion with a priest in the prison’s cafeteria. Definitely, a must-see, but maybe leave the snacks for something a little lighter.

3. The Wind that Shakes The Barley

The story chronicles two brothers during the Irish War for Independence (1919-1921). The film was wonderfully directed by Ken Loach and features an up-and-coming Cillian Murphy as the protagonist. The film is small in scope yet delves into the complexities of family, love, and honor in wartime. It features the breath-taking camera work of Barry Ackroyde featuring the picturesque County Cork. Even though the film depicts a time in history that has often been forgotten. It allows us to better understand the background of “The Troubles” and to realize the true horrors of enduring a long-standing Civil war.

Although critically acclaimed this film slipped under the radar for a lot of people. It’s Paul Greengrass’s minute-by-minute telling of the events of January 30th, 1972 in Derry N. Ireland. Greengrass does an amazing job of giving the audience a 360-degree perspective of the hours leading up to the march and the massacre that followed. The handheld style and 16mm stock help give the film an almost documentary feel. As an audience, we are forced to bear witness and almost become players in this important chapter of Irish history.

1. In The Name of The Father

Quintessential viewing if you went to University in the mid-’90s. Jim Sheridan’s 1993 opus to the Gilford Four ranks as one of the top films of that decade. The story follows the story of Gerry Conlon (Daniel Day-Lewis) who (along with three friends) is falsely implicated in the IRA bombing of the Gilford pub. After suffering brutal torture at the hands of English police he (and his friends) are coerced into admitting their guilt and along with Conlon’s father end up spending the next 15 years in prison. The film is beautifully written, shot, and acted. If you haven’t seen it or even if you have, just not in a while, do yourself the favour!

Clerk Goes Back Bown a Familiar Road with Kevin Smith

Begin Again is an Unabashed Crowd-Pleaser