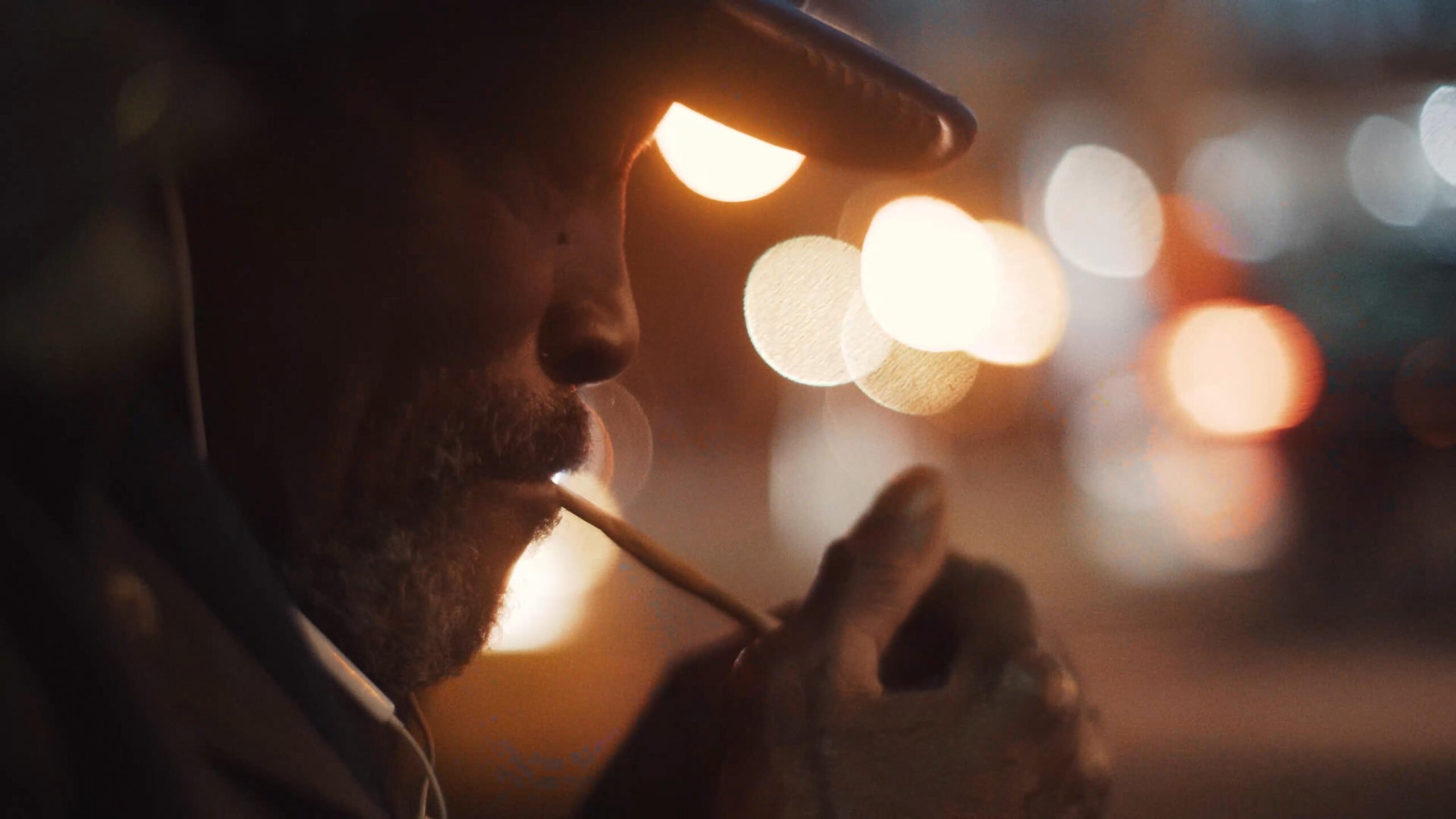 The unhoused are an intrinsic part of the texture of New York City. As ubiquitous as they are, they are also looked over, looked past, and simply ignored. When represented on screen, they are a nuisance or a threat; an omen or a punchline. Mike Mintz and Irad Straus’s feature debut is a dreamy chronicle of a surreal year in New York City from a neglected perspective.

Bowery brings a degree of elegance and dignity to New Yorkers who are rarely afforded that kind of treatment in media. Mintz and Straus create an episodic journal that is at times harrowing, exhilarating, and hypnotic. It’s an intimate glimpse at the lives of those from whom many try their best to distance themselves. The result is an important account of the unhoused experience in a progressive city and how that already precarious lifestyle was upended by a pandemic and social upheaval.

Beginning in the relatively naive days of 2019, Mintz and Straus set out to follow a group of unhoused New Yorkers that call the space between Chinatown and the East Village home for a period of one year. Little did they, or their subjects, know the entire world would be shaken like a $40 souvenir snowglobe.

The documentary cuts between slice-of-life episodes of six subjects: Jamie “Rubia” Gonzales, Richard “Dolla” Thomas, Steve Miller, Drew Harris, Charlie “Sarge” Duffy, and “Fifty.” Each vignette picks up on a snapshot of their lives as they hustle for money, get high on K2, and struggle to get off the streets. Each subject gets their spotlight but taking an, and I can’t believe I’m writing this, inspired note from reality shows, Mintz and Straus use their verite camera to show the lives of the six subjects intersecting –a tangible display of their connection and community. The time period establishes their lives in contemporary New York City then transitions to the COVID-19 lockdown and the surge of Black Lives Matter protests.

Dolla spends his days on the corner of Delancy and Chrystie, a cup of change in hand, a smile on his face, and inexpertly directing traffic. The intersection is a clogged thoroughfare that cuts through the gentrified Lower East Side and to the Williamsburg Bridge. He waves his hands conducting the movements of pedestrians and cars alike; sometimes with the traffic lights and sometimes not (I know because I’ve experienced this first-hand), but, either way, it keeps his hands warm. He is frequently greeted by Rubia, a glamorous friend that runs errands for him as he flails his arms in his wheelchair on the corner. Rubia is more vocally acrimonious about her life on the streets. “Every day I gotta show my strength. Why,” she bellows rhetorically. Like many of the other subjects, she gets high just to make it through the day. Her mercurial disposition conveys the alacrity with which she’s made the best of her situation but is impatient for a different life. This is in contrast to the resignation of the duo that is Steve and Drew. The camera is with them as the clock strikes 2020 and they share the sentiment “Happy New Year, right? Another miserable one.”

That “miserable one” comment is knowing but immeasurably prescient as COVID-19 indefinitely clears the streets of Manhattan like it was Christmas Day. With no one to spare change or office workers to place Postmates orders for an optimistic Fifty to fulfill, life on the streets somehow becomes even more untenable. The city is desolate with “no people besides people with drug addictions,” as Drew puts it. The deaths of George Floyd and Breonna Taylor that re-ignited righteous indignation around the unnecessary killings of countless other Black people and resulted in protests that were exploited by bad actors to riot and loot provided a chaotic moment that, literally, ran through the Bowery.

Mintz’s camera work, Evelyn Franks’s editing, and Jacob Yoffee’s score coalesce to present the point-of-view of their subjects with grace and esteem. That cinematic harmony puts the perspective of Rubia, Dolla, and their comrades on the perceived level of the viewer, at times even elevating them, rather than casting a downward gaze that enforces an elitist, sociological distance. In a world where the unhoused can often blend into the background, the camera is close and in shallow focus, demanding the viewer’s full attention. That demand is easy to oblige with the kinetic editing and painterly camera-work that, at times, evoke a Michael Bay movie as police sirens flicker across Fifty’s face while the Mintz tracks around him. The reactions of the six to the tumult are incredible footage but I was left wondering if there was more. The stories told in this film probably wouldn’t have been contemporaneously committed if not for Bowery. A first-hand account of the unhoused experience at the turn of the coronavirus pandemic is unique and unexpected. The novelty of the footage alone makes it an invaluable record and moments like Sarge’s plea to god make it a dire accounting of humanity. For a first effort, impressive is an understatement and while significant seems hyperbolic, it’s also not far off.