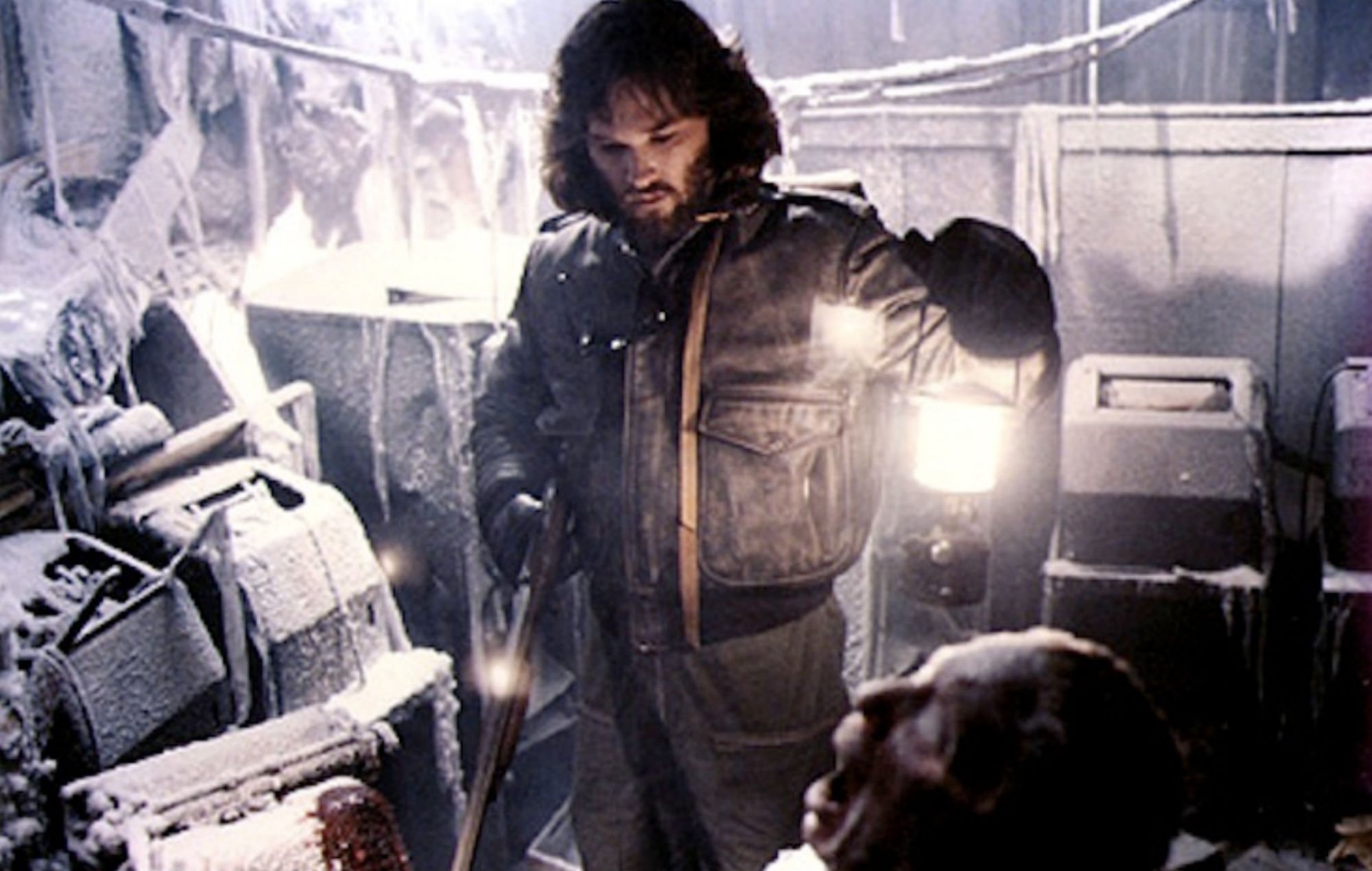 When I was young my imagination elicited more true horror than any movie or TV show could possibly ever hope to. I was positive my stuffed animals inched closer in the darkness, and sometimes I could swear the closet door would open just a little wider…

Good scary movies can serve as inspiration for this nocturnal creativity, not by what they show, but by what they don’t. More and more I realize that pervasive ambiguity is at the center of why I absolutely adore John Carpenter’s 1982 masterpiece, The Thing, and why over 30 years after its release I’m still debating with other fans what really happened at Antarctica’s Outpost 31 Research Station.

For those of you that haven’t seen The Thing (and there are many, as it was a box-office flop competing against the E.T. juggernaut), imagine Invasion of the Body Snatchers mixed with Alien and you’ve got the basic vibe. A healthy amount of paranoia by way of sci-fi/horror with an ensemble cast (led by the great Kurt Russell) that keeps you guessing at who’s really who, and who’s really goo. Lots and lots of goo. (Gore-phobes be wary; with an alien able to imitate any living organism it comes in contact with, metamorphoses get messy in a way only (re)birth could be).

So undefined it can only be described as a ‘thing”, the creature itself is an enigma. A brief prologue shows us how it got here, but not why or from where. Its original form is unknown, as are its intentions, and unknown they stay. Sure, it wants to live, like everything, but a species intelligent enough to fly a spaceship across the universe (even if it did crash) must have something in mind. Maybe it just wants to go home, or maybe take over the entire planet. If there’s another side to the story, we don’t hear it. The missing perspective leads to a lack of understanding, and mankind has always feared what it doesn’t understand.

All too often plots can seem like gifts. They’re neatly wrapped, and tied together with the payoff of a perfect bow on top. Look, presents can be great; it’s nice not to have to work for everything. True satisfaction, however, comes from earning your keep, and so The Thing leaves you to fill in the blanks, providing many opportunities to do so.

From the mysterious light on in Mac’s cabin to the identity of a shadowy figure who simply looks up as a suspicious sled dog walks into the room, loose ends run rampant. Characters focus on details that later seem completely insignificant (do the torn clothes matter?), reactions often seem bizarre, deaths occur (at least I assume they did) without any explanation as to how. A body is found burned to a crisp out in the snow, with only a pair of disfigured spectacles to identify him. The characters wonder: did the alien get him? Did he kill himself? They never find out.

Primal fears are often exploited in the horror genre, and for good reason. Death is universally dreaded, but ever-present. We’re all aware of the dangers around us, be they natural or man-made, so the filmmakers don’t need to explain much in order to tap into our instincts. Create a villain with a tireless, single-minded urge to kill, throw in some jump scares to emphasize that evil can lurk around any corner, then spill some blood to remind us of our own mortality. At first glance, The Thing would seem to be just another of these life-or-death splatter fests, but science fiction can be different. It allows the writer to fashion unrealistic scenarios for the purpose of exploring less transparent truths.

The characters of this remote polar station exist at the end of the world, a snowy nether-realm. Where life does not exist, death is nothing to fear. The ultimate goal of the ragtag members of the Antarctic station isn’t so much survival, but the annihilation of that which would destroy them. A fine line perhaps, but an important distinction. This is a very curious stance for a horror movie, where much of the time living equates to victory. No, what’s ultimately at stake for Russell and his team is something not so black and white.

When anyone could be the enemy, how can we possibly work together? Not without great difficulty, and not without trust. In a situation where the enemy could be anyone, that can be hard to come by. Flaws are exposed, misunderstandings emerge, doubt arises… Luckily we, the audience, know exactly who is good and who is bad, right?

Because The Thing rarely cuts away from the group (the aforementioned sled dog moment), our focus is narrowed and information about this world stays limited. We’ve become accustomed to knowing more than those we watch. We see Michael Myers stalking his prey and know the characters shouldn’t go outside. We know Clarice is talking to Buffalo Bill before she does, and we feel anxious for her. But by denying us the big picture, we are left with the same incomplete puzzle as the men onscreen, forced to play detective with a dearth of clues. One result of this is a simultaneous empathetic bonding yet gradual mistrust of everyone and everything we see. Their confidence in each other is shaken; why shouldn’t ours be? Everyone seems to be telling the truth until their head separates from their dead body and crawls away on spider legs.

This conscious effort on the part of the filmmakers to exploit confusion is what makes The Thing stick in the mind long after the credits roll. Right up through the brilliantly vague ending, audiences can never feel safe, never superior to those onscreen. The tension derived is not merely from anticipation. but a sense of uneasiness formed by keeping us always a step behind, running to catch up, confused as to which new piece of information is useful and which is pointless. This is life itself. The world exists in places we can’t see, can’t control. Frustrating, terrifying? Yes, perhaps. But also full of surprise and fascination.

I can’t watch The Thing without spotting something new, some vital tidbit that may hold the key to the whole horrifying mystery. Of course, more likely it’s a false lead, and I’m no closer to discovering the monster among us than anyone else in the group. The thing is, like them I have my suspicions, but in the end, I just don’t know, and that scares me in the best way possible.

Editor’s Note: This article was originally published on August 17, 2020.

Bowery Offers a Gripping Glimpse with a Meaningful Perspective