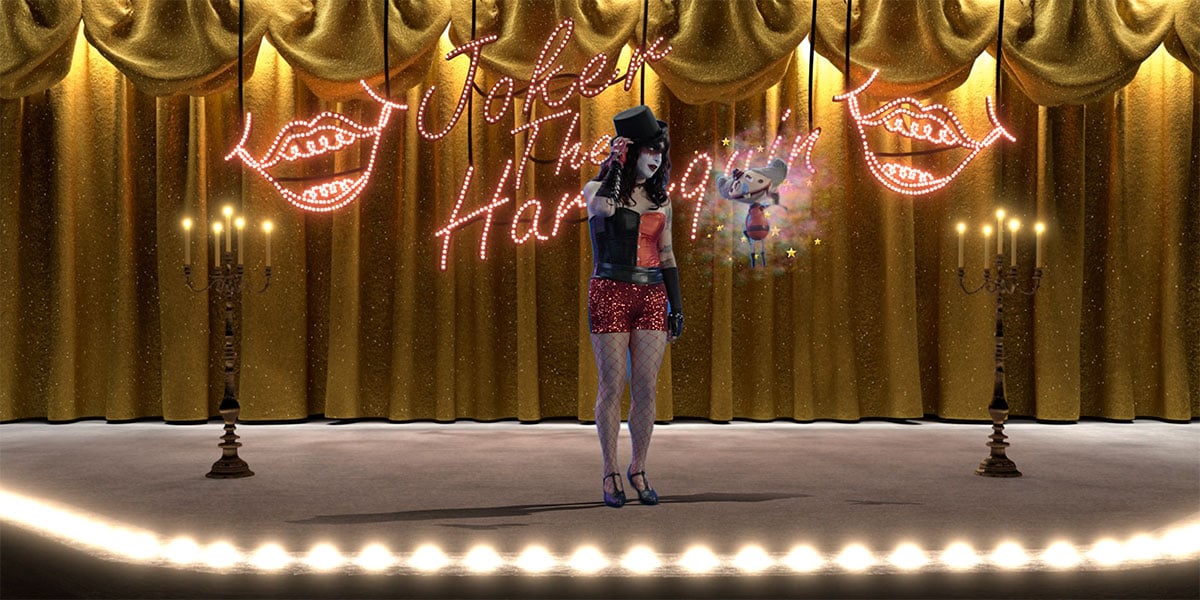 The unauthorized Joker film, which sat on the shelf since last fall, finally got some screenings this month- and it’s amazing!

Vera Drew’s The People’s Joker is a film that deserves to be seen for what it is — an uproarious, truly transgressive piece of queer outsider comedy and art — than for any of the controversies around its exhibition and release. It’s also the sort of creative and daring interpretation of the comic book and superhero canon that’s largely been missing from the last five years or so of “official” superhero movies.

Using a combination of live-action and crude animation, The People’s Joker is a telling of Drew’s coming of age as a trans woman, told through a remixing of the DC/Batman/Joker mythology and its various media adaptations over the years.

The big inspirations appear to be the Jared Leto Joker performance in Suicide Squad and the Joel Schumacher-directed Batman movies of the mid-1990s; the film is dedicated to Drew’s mother and the late Schumacher. As shown in the film, a key moment in Drew’s journey, in fact, was going to see Batman Forever in 1995, watching the love scene between Batman and Dr. Chase Meridian (Val Kilmer and Nicole Kidman) and realizing that she related more to Kidman than to Kilmer.

The film’s plot goes through Drew’s life story of coming to terms with gender dysphoria and emerging as “Joker the Harlequin.”  She falls in with a group of underground entertainers who correspond to well-known DC villains, including sidekick Penguin (Nathan Faustyn) and Jason Todd (Kane Distler), a version of the Leto Joker who is a trans man who has a shocking history with Batman.

In addition to the personal history and the superhero material, the film is also a wicked send-up of the New York City comedy scene, especially Saturday Night Live and Upright Citizens Brigade (Gotham City’s “UCB,” in this film, is the “United Clown Bureau.”) But while the satire of the DC canon and comic book culture is done in a loving way, the SNL material is very clearly not so loving- starting with its depiction of Lorne Michaels as a nude, crudely-animated grotesquerie, and certain real-life SNL cast members as actual Nazis.

Drew comes from the Tim and Eric universe, having worked with them, and the project does have the same vibe and is likely to appeal to “On Cinema” fans. Tim Heidecker appears in the film, as do such personalities as David Liebe Hart, who steals several scenes as a comedy guru.

Sure, The People’s Joker is a radical subversion of popular genre tropes. But on top of that, it’s consistently hilarious, with a gag-a-minute style reminiscent of the Naked Gun movies. One joke about Ben Folds Five almost made me do a spit-take. And the SNL material has some serious bite.

Once again, The People’s Joker is much more interesting on its own merits than merely as the subject of a legal and copyright dispute. The film had its world premiere at the Toronto International Film Festival last fall but was pulled from its remaining screenings and the remainder of the 2022 festival circuit; that festival’s website states that “the filmmaker has withdrawn this film due to rights issues.”

This month, the film was shown at a series of screenings in different cities; the one I saw was a “secret screening,” with the director in attendance, that was announced just days earlier. Even so, the film filled a fairly large theater.

I mention this only as a counter to all of the “cancel culture” nonsense of the last few years. Usually, these disputes involve fanboys reacting to a negative tweet or op-ed with “they’re trying to cancel” a movie they like when in reality, their right to see the movie they want is not impeded in any way whatsoever. But in the case of The People’s Joker, here’s a rare movie in which powerful forces really did intervene to try to prevent it from being seen.

The status of the legal dispute is somewhat vague, but I advise anyone who has the opportunity to see The People’s Joker, to do so, whenever they can.