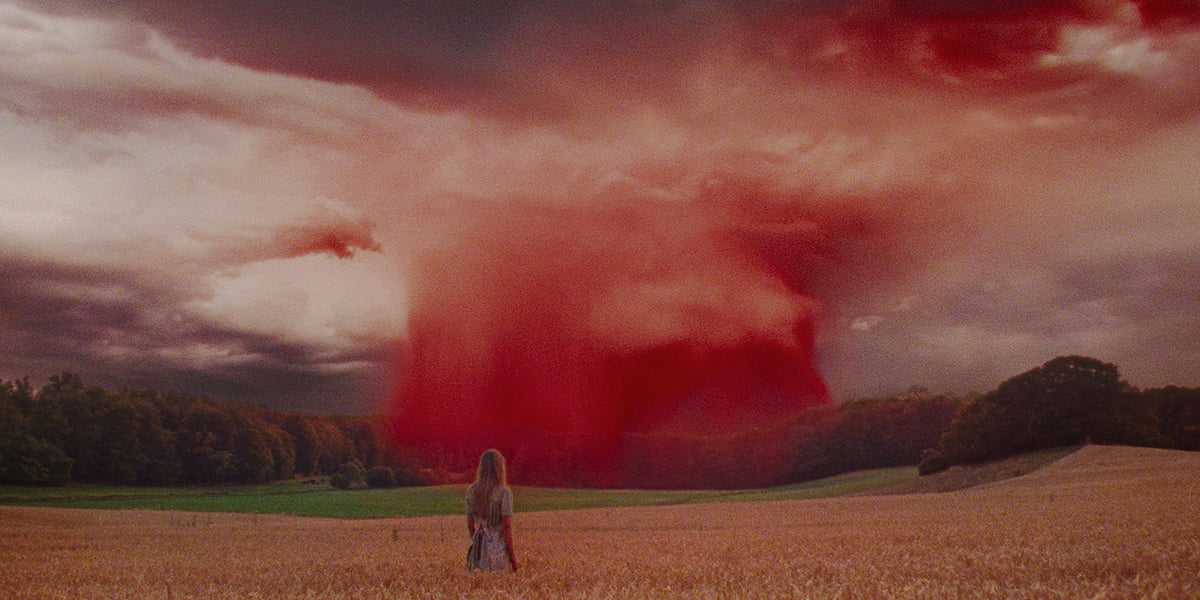 As In Heaven Review

On the brink of a bright future, one teenage girl’s aspirations are upended when her mother goes through a traumatic labor. Accentuated with dashes of apocalyptic, dreamlike imagery in a late 19th-century setting, As in Heaven is a potent period piece whose rage echoes into modern times.

Tea Lindeburg’s bleak glimpse into the life of a promising young woman telegraphs doom from it’s opening shots. Red clouds loom on the horizon hiding the vast open fields that Lise (Flora Ofelia Hofmann Lindahl) was so happily walking through moments before. Blood rains down from the sky, leaving her dazed and her joy now muted. It’s just a dream, but it feels more like a premonition and one that haunts Lise over the course of the film.

With her mother expecting to give birth at any moment, and her frequently absent father unimpressed with Lise’s plans of leaving their established life on the farm for school, every bit of hope that Lise has is mired in conflict. Why should a woman leave home and get an education? What is the point? These sentiments from her father are only exacerbated by the very real fear that Lise’s mother may not make it through this pregnancy.

The first half of As In Heaven sets the groundwork for a much tougher conversation around the roles women are expected to play in life. Though set in the nineteenth century, Lindeburg’s screenplay easily translates to a modern setting in many ways, especially with the rickety support systems given to women and how one minor hiccup can have devastating consequences on your entire life. Lindeburg lets these ideas come up naturally and passively in conversation until they become difficult to ignore. Eventually, you can’t just say you’re hesitant about something…those fleeting thoughts turn into steadfast convictions.

There’s a lot of rage seething underneath As in Heaven, manifesting mostly in the devastating sound design, cinematography, and editing. The shriek of a woman’s pain continuing into later scenes – distant from the source – as if it’s echoing through time itself. There’s a tremendous power to the fact that Lise’s psyche is pried at by her mother’s anguish. Then where should Lise turn her anger and pain? Perhaps to the source of the dreams she has that now truly do feel like premonitions.

The conversation that As In Heaven confronts in a more literal manner, but to a much lesser extent, is the role of religion in medicine and healing. The conflict between science and faith that many period films of this era tend to zero in on, Lindeburg uses them as strengthening her arguments about the importance of moving forward to survive. People have agency and the ability to better their predicament, but when someone is in pain and the conversation devolves into “God will provide” when an alternative is there, progress falters. Again, it’s ammo for Lindeburg’s screenplay to douse itself in fury. That shriek continues to burst through the film.

By the end, As In Heaven leaves a devastation that lingers through its credits. Seeing all the hope of the film suddenly put into jeopardy isn’t an easy watch, and frequently characters utter the kind of period-accurate nonsense that only angers in modern day. Having those feelings doesn’t change the fact that there is a relevancy in the film that resonates even to this day. Everything can still go sideways at the drop of a hat and it’s much easier to fall into traditional roles than it is to break through the mould. That’s the grim reality that Lindeburg captures through a period piece but makes it applicable to today.