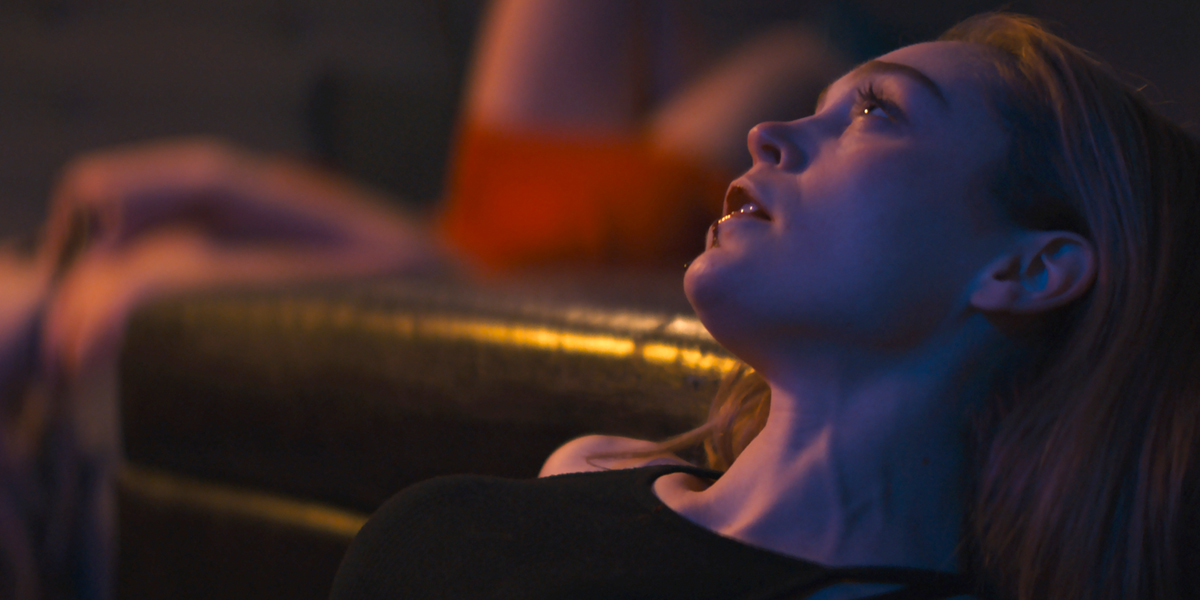 Confidently weaving an addiction drama within the daily lives of vampires, Kicking Blood feels intricately crafted with a unique twist on its material. A vampire and an alcoholic both wrestle with their own vices in Blaine Thurier’s humanist look at what it means to be mortal. Touching on the importance of support systems, community, and the sometimes difficult journey to happiness, Kicking Blood finds plenty of blood to drain from its veins.

When Anna (Alanna Bale) welcomes an alcoholic at rock bottom, Robbie (Luke Bilyk), into her home, she ends up helping him recover from his substance abuse. While he goes through that, she herself begins to wonder what it means to be human after centuries of being immortal. Against her fellow vampires’ wishes, she attempts to stop drinking blood and try to get her life back.

Thurier and co-writer Leonard Farlinger’s screenplay is at its strongest when its playing around with the world around Anna and Robbie. Their individual support systems (or lack thereof) provide a means of prodding at how the people who we surround ourselves with might be the ones holding us back. Watching Anna choose to live a quiet life working in a library when other vampires are out hitting the clubs and draining their fair share of victims, it’s evident that what she wants from life is going to require moving outside of her social circle.

Unfortunately, Robbie and Anna’s relationship is comparatively flat. While the vampires seem to have a solid chemistry going, Anna and Robbie struggle to really mean something to each other beyond their character arcs. It doesn’t feel like a bond, but more of a contract, even though Kicking Blood frequently centers on their relationship.

It’s a misstep in an otherwise solid movie that takes a bit too much time to get where it’s going. By the time Kicking Blood actually reaches the central conceit, it’s spent more time in a contemplative mode than it merits. Without Bale’s performance as Anna and the fun, campy camaraderie between her vampire friends, Kicking Blood wouldn’t live up to its compelling premise. By the time it ends though, there are so many ideas mined from a simple concept that it’s hard to fault the film when it makes such a compelling commentary on addiction and community.

TIFF 2021: As In Heaven Rages Beyond its Period Setting