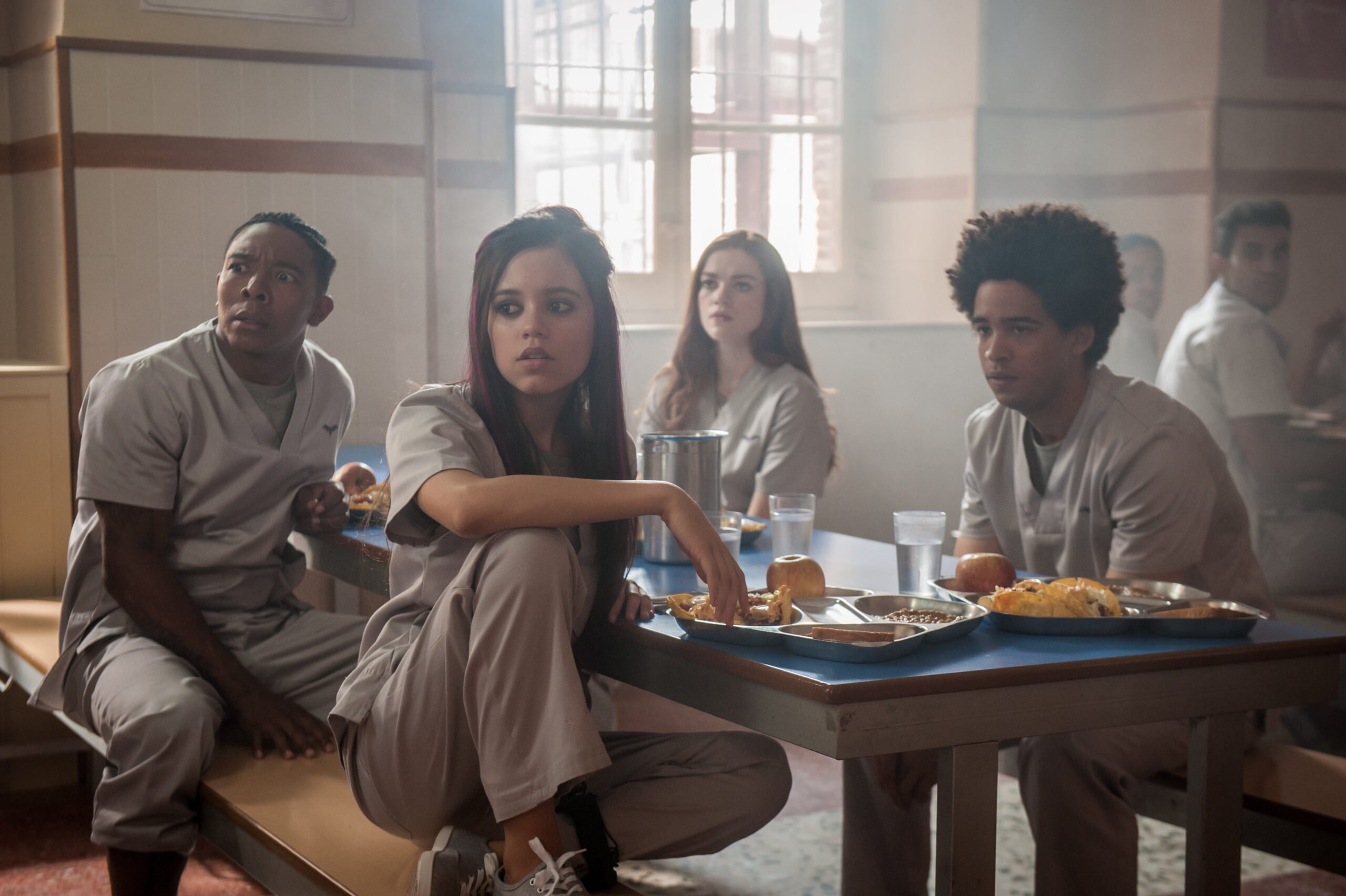 Throughout Donald Trump’s presidency, movies tried to mine the moment for plots and political commentary, and they came up empty just about every time. Only Jordan Peele’s Get Out really nailed the moment, and since it was released just weeks after Trump’s inauguration in 2017, it pretty much did it by accident.

Now we have American Carnage, a new sociopolitical horror thriller that tries really hard to reference Trump-era politics, even if it’s arriving over a year after the Orange Man decamped to Mar-a-Lago.

For a while, it seems to be succeeding. But then the film resets itself once, and then again, and ultimately pivots far away from what it was doing well.

American Carnage takes its title from a line in Trump’s inaugural address, written by his ghoulish speechwriter Stephen Miller, in which he promised (wildly unsuccessfully, it turned out) to put a stop to the “American carnage” of lawlessness and street violence.

The film begins with a montage of political and pop culture highlights of the Trump era and then introduces a group of young cast members, played by the likes of Jorge Lendeborg Jr., Jenna Ortega, and Yumarie Morales. They’re likable performers, their banter is winning, so far, so good.

The first twist is that a Trump-like governor has a plan to out-Trump Trump, issuing an executive order not only extra-judicially rounding out all undocumented immigrants, but also their U.S.-born children, on the logic that they’ve failed to turn their parents in. This governor is played as a preening cowboy by Brett Cullen, in what could have been a meaty role, except the character is barely in the film.

The second twist, coming about five minutes after the first, is that the young children of immigrants are given the chance to get reunited with their parents if they agree to do some work at an institution for the elderly. It’s run by Eddie (Eric Dane, continuing his Euphoria run of playing a charismatic creep.)

I won’t reveal what happens next, except to say that the nursing home plot takes up the majority of the running time, and it eventually goes far afield from the promising premise that was raised early on. It’s just not interesting at all, eventually turning into silly horror nonsense. And that’s even before American Carnage goes along with the unofficial mandate that every horror or horror-adjacent film of 2022 has to include a cannibalism subplot.

It’s a shame, though, because the cast is strong. Jenna Ortega has been in about five movies this year, the best of which is The Fallout, which had her character dealing with another politically resonant topic (school shootings.) Lendeborg, a veteran of the most recent Spider-man films, more than holds his own as well. Bella Ortiz, a relative newcomer, steals some scenes as a character with a secret.

Yes, American Carnage does manage to avoid the pitfalls of most of the other “political” movies of the Trump and post-Trump eras, in which the conservative racists are “balanced out” by liberal characters who are snobby and smug. But it has another, bigger problem: It’s completely unfocused and starts being about uninteresting things rather than interesting ones.