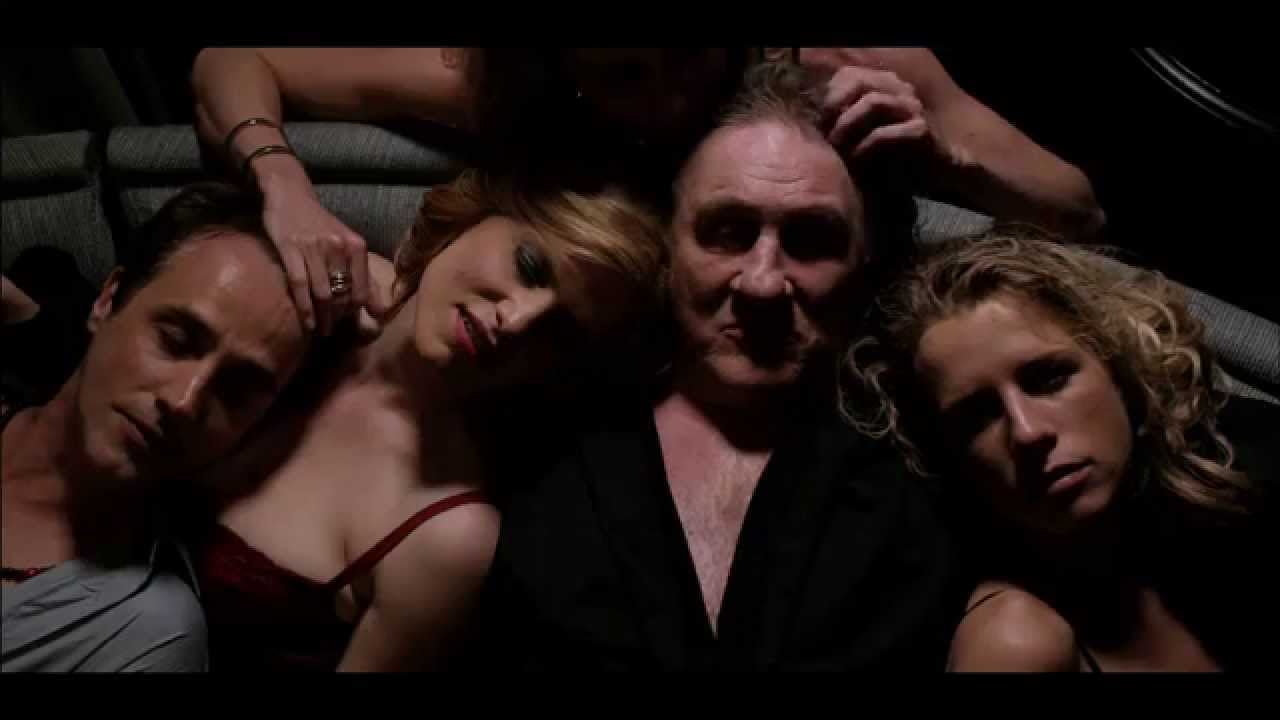 There are times during Abel Ferrara’s Welcome to New York when you can feel a defiant filmmaker pushing back against the moralizing status quo. When he gives voice to trampled idealism and unapologetic carnality. Those fleeting moments of clarity make the rest of this disjointed, unfocused mess all the more painful. Cinema owes a debt of gratitude to auteurs like Ferrara and Gérard Depardieu, but there’s simply no dramatic necessity for this film to exist.

When “America the Beautiful” serenades an opening credit montage featuring stacks of cash and glistening gold bars, you know that subtlety is out the window. Welcome to New York features lots of cinematic spaghetti; different genres and tones thrown against the wall with very little of it sticking. Social satire, melodrama, cinéma vérité, and tragic monologues make for an unpalatable mix of half-realized ideas and confusing themes.

Ferrara enjoys the company of despicable scoundrels like Devereaux (Depardieu), a self-described womanizer who indulges his every sexual whim. Devereaux’ exploits are loosely based on the infamous 2011 rape allegations (which were later dropped) against former head of the International Monetary Fund, Dominique Strauss-Kahn. Instead of delving into the veracity of the accusations, Ferrara focuses on the consequences that followed, as well as the moral weakness that precipitated the events in question.

At first, this ambiguity feels brave and refreshing, as if Ferrara is determined to deconstruct this rascal and let us determine his guilt or innocence. What quickly becomes apparent, however, is that Ferrara’s ambiguity comes not from a place of moral questioning, but from the lack of a clear cinematic viewpoint. The ambiguity is a by-product of the complete lack of dramatic substance; vacuity masquerading as ambiguity, if you will.

Things begin promisingly enough, which is to say… things are actually happening. Devereaux’ trip to New York City is littered with drugs, booze, and a steady stream of floozies to keep his appetite in check. The ultimatum, “Do you know who I am?” was practically invented for a hedonist like Devereaux, who uses his power to ransack anyone who stands in his way. This includes a poor housekeeper who wanders into Devereaux’ hotel room and gets a face-full of his weenie for her troubles.

The housekeeper has the audacity to press charges, though Devereaux is baffled that his harmless groping was somehow misconstrued as sexual assault. This is where the film begins to fall apart. For some unfathomable reason, Ferrara insists upon showing us every grueling step of the police booking procedure. From holding cells to strip searches to Devereaux’ incessant whining about his phone calls, these scenes are an interminable slog. He phones up his long-suffering wife Simone (Jacqueline Bisset), who has bailed him out so many times that it’s practically her occupation. Their relationship is… complicated. She has high political aspirations for Devereaux, conveniently ignoring the inevitability of his self-destructive nature.

Therein lies the major problem with Welcome to New York; Devereaux is neither tortured nor fascinating, he’s just a disgusting pig. He’s the unappealing star of an unengaging morality play. Worse still, he’s boring. After a few energetic opening scenes where Devereaux and his “handlers” party with some hookers, he spends the rest of the movie moping around and being a whiny douchebag. It’s only toward the very end of the film that Ferrara reveals something of Devereaux’ conflicted personality, but it’s far too late by that point. He’s a one-note character that does nothing to warrant our curiosity or concern.

“When I die, I will kiss God’s ass forever!” a defiant Devereaux informs us through an insufferable internal monologue. Man’s conflict with God is a theme re-visited in many (if not all) of Ferrara’s films, but it feels like his heart just wasn’t in it this time. Here, pronouncements like, “No one wants to be saved,” feel less like mediations on morality than the rationalizations of a petulant child. Perhaps that’s precisely Ferrara’s point; God makes a convenient punching bag for our weakness and turpitude. Sadly, his film lacks the structural and emotional integrity to lend a consistent thematic viewpoint, as well as the requisite debauchery and sadism to hold our attention on a superficial level. There’s nothing here to get a rise out of us, either figuratively or literally.

Depardieu is generally solid, but he’s hamstrung by a script (written by Ferrara and Christ Zois) that doesn’t allow intrusion from his controversial real-world philosophies. The result is a performance that feels, like the rest of the film, strangely muted. Bisset fares much worse, as she’s given little more to chew on the strained melodrama of a long-suffering wife. Even the visuals are muted, with Ferrara cloaking nearly every scene in darkness. We see nothing, we hear nothing, and, in the end, we feel nothing.

Welcome to New York plays out like a rough draft full of half-realized ideas. Is Ferrara romanticizing this lothario or condemning him? It’s too shallow to be a compelling deconstruction and too bland to be a celebration of depravity. The nature of privilege and the perils of treating people like property, too, are juicy targets that Ferrara manages to miss. We don’t wallow in the nihilism so much as dip a tentative toe in the grime. This is a tame misfire from the normally-fiery Ferrara.

Editor’s note: This article was originally published under our old brand, Sound on Sight.