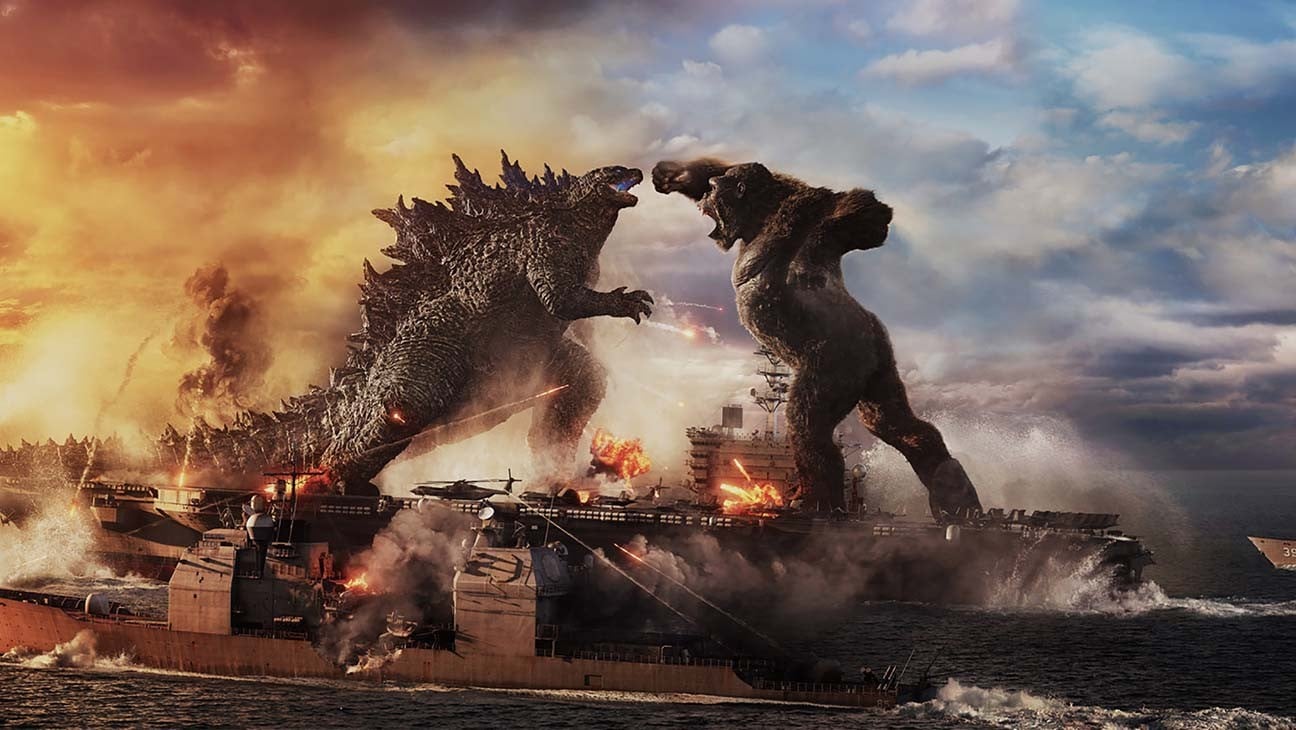 Foregoing the more serious attempts at bringing the classic kaiju to modern audiences, Godzilla vs. Kong is the first film in Legendary Entertainment’s MonsterVerse that truly realizes the Saturday morning cartoon allure of the later entries in the Showa era of the long-running Godzilla franchise. Adam Wingard’s latest film is light on sense and uses every human as mere exposition in the name of seeing two giant monsters pummel each other into submission – and it’s all the better for it. Unnecessary subplots and characters aside, there’s an earnestness and immense amount of fun to be had that the American Godzilla films have severely lacked.

The main draw of Godzilla vs. Kong is the promise of King Kong and Godzilla facing off against each other. However, there’s work that has to be done to get two monsters established as guardians to throw down the gauntlet. In classic kaiju fashion, it’s actually the humans that inadvertently bring upon mass destruction, with the large majority acting intelligent until monsters start wreaking havoc and they begin bumbling between scenes to stay out of the way or try to overcome some guilt with a tiny bit of assistance towards the kaiju. It’s all largely just one big excuse to see the two titans break each others’ necks.

Kong currently resides inside a Monarch research facility on Skull Island, and his only real interaction is with Jia (Kaylee Hottle) who is deaf and communicates with Kong via sign language. Adopted by Dr. Ilene Andrews (Rebecca Hall), the two have been studying Kong for years. When Apex Cybernetics confronts Nathan Lind (Alexander Skarsgaard) about a potential breakthrough in his ‘Hollow Earth’ theory, Lind teams up with Monarch and Andrews to bring Kong to Antarctica and test out his theory. It’s the moment Kong leaves Skull Island that the ancient rivalry between Godzilla and Kong is abruptly mentioned and suddenly realized.

All of this setup is just hogwash to get to what matters: that first fight where Godzilla fights Kong on a battleship in the middle of the ocean. Each fight is where Godzilla vs. Kong emphasizes that it is here for the spectacle and nothing more. Those who enjoyed the action in Kong: Skull Island will have plenty to appreciate here. The choreography is generally pretty standard stuff with a few flourishes, but it all looks so good in comparison to prior entries in the MonsterVerse. A fight set at night in a city can be difficult to discern what’s going on (see the climactic fight in 2014’s Godzilla for evidence), but Wingard wisely lights the city and everything in it with neon which helps keep the action legible.

It’s evident with Godzilla vs. Kong that the franchise has finally moved away from disaster movies to popcorn entertainment. Fights take center stage, human characters are nothing more than plot devices played by big actors (Lance Reddick literally appears in this thing for a blink-and-you’ll-miss-it cameo that could have been done by anybody else), and the CG is undeniably well-done. Godzilla and Kong give enough emotion to sustain the runtime – which is fairly brisk – but the movie still runs into the bloat of most modern blockbusters as well, trying to bring in as many actors as possible and add some comedy to the already-silly plot.

There is an entire subplot involving a podcaster (played by Brian Tyree Henry) undercover at Apex Cybernetics who believes something nefarious is going on with this big corporation. It’s all absurd, but it gives a reason to bring Millie Bobby Brown back to go help uncover this conspiracy, with the help of Julian Dennison who merely acts as comedic relief to Brian Tyree Henry’s already present comedic relief. Eventually the subplot leads to a great reveal, but drags for so long to get there and depends on the viewer not having seen a movie with an evil corporation before.

However, plotting aside, there are genuinely human moments to be found in Godzilla vs. Kong, all of which exist between Kong and Jia. Their relationship anchors a film constantly sacrificing human moments for action and spectacle. There’s a sense of wonder with some of the more adventure movie moments of the film, and the fights in this series are always predicated on someone protecting humanity, so it’s imperative that there be some evidence that humanity is worth defending. Take that out and it’s just a monster punching a monster which is entertaining enough, but there always needs to be some moral or justification for it. Even in the later Showa era of films, the films still maintained a theme or message, even as they got more and more out there. Thankfully, Wingard understands this.

Godzilla vs. Kong is filled with plenty of moments to nitpick and falls victim to the same issues most major blockbusters contend with. However, even when a scene serves no purpose or could be abbreviated to a sentence, the pacing of the film keeps the adrenalin rolling. Featuring some of the best action scenes in the franchise and an understanding of what makes these films fun, Adam Wingard injects some life into the monsters themselves to make a movie that does what it promises with an overzealous joy.

The History of the Godzilla Movie Series