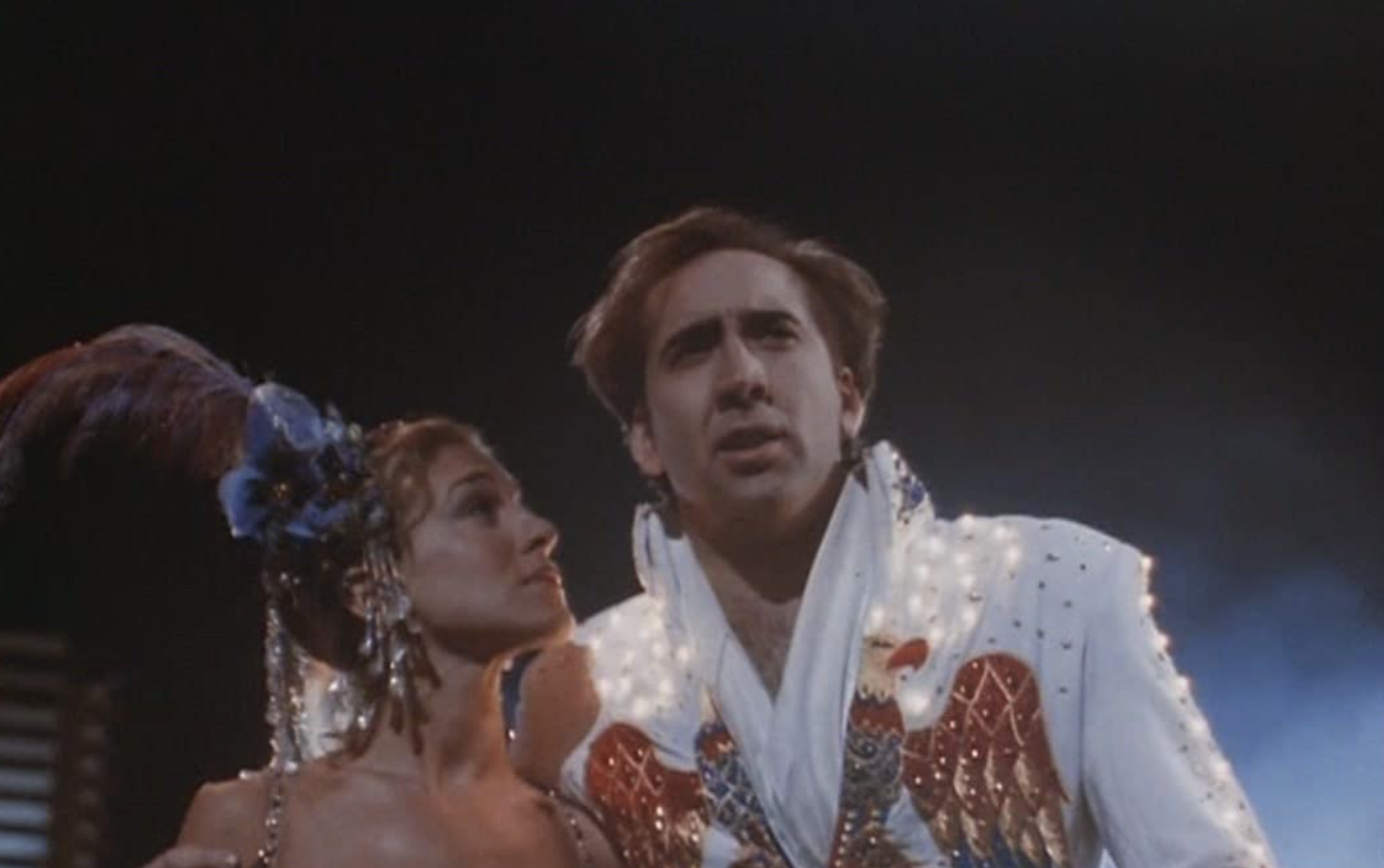 There’s more to Nicolas Cage than meets the eye, as has been made clear from the recent Cage re-assessment, in the form of the Keith Phipps’ book “Age of Cage” and the movie The Unbearable Weight of Massive Talent, in which Cage played himself.

Honeymoon in Vegas, directed by comedy specialist Andrew Bergman (who also made The Freshman, two years earlier), arrived in August of 1992, 30 years ago this week.

Arriving in 1992, five years after Raising Arizona and Moonstruck and a few years prior to Cage’s Oscar and action hero run, Honeymoon in Vegas spent much of the next few decades as a cable TV staple. It remains a comedy gem, with a deservedly famous final scene.

Honeymoon in Vegas‘ plot represents a comic version of the plot of Indecent Proposal, which arrived the next year, although its source novel came out earlier. Cage and a pre-Carrie Sarah Jessica Parker starred as a New York couple heading to Vegas for a quickie marriage. Cage promised his late mother that he would never marry, but Parker’s ultimatum wins out.

Their plans are complicated when Cage loses a massive amount of money in a rigged poker game to a professional gambler (James Caan), whose late wife happened to look just like Parker. But Caan agrees to forgive the debt on the condition that she spend a weekend with him.

She takes him to Hawaii, leading to a somewhat racially-questionable-in-retrospect turn from Pat Morita as cab driver “Mahi Mahi” (not far behind it is Peter Boyle as a Hawaiian chief.)

After Caan tries to marry Parker, they return to Vegas, leading to the famous ending in which joins the Flying Elvis’ to parachute out of a plane onto the Vegas Strip, while Parker is dressed as a showgirl.

The film has other delights, including a brief appearance by Bruno Mars as a young Elvis impersonator, and small roles for the likes of Tony Shalhoub, Anne Bancroft, and Ben Stein.

Honeymoon in Vegas opened in the dog days of August in 1992, coming in it at #1 at the box office on its first weekend and ultimately pulling in just over $35 million at the box office. It was, somewhat surprisingly, nominated for Best Picture in the Musical or Comedy category at the Golden Globes that year, with Cage nominated for acting, although neither won.

Critical response was more muted, but Honeymoon in Vegas would perform well throughout the Blockbuster era, before becoming a cable TV staple, although it’s not currently available to stream, with exception of VOD channels.

Honeymoon in Vegas isn’t the best film Nicolas Cage has made in his career; it’s not even the best one in which his plane touches down on the Vegas Strip in the third act. But it is something of an indispensable one, which has brought together threads from throughout his long and varied career. And it was also a role of James Caan that was remembered especially when the veteran actor passed away earlier the year.