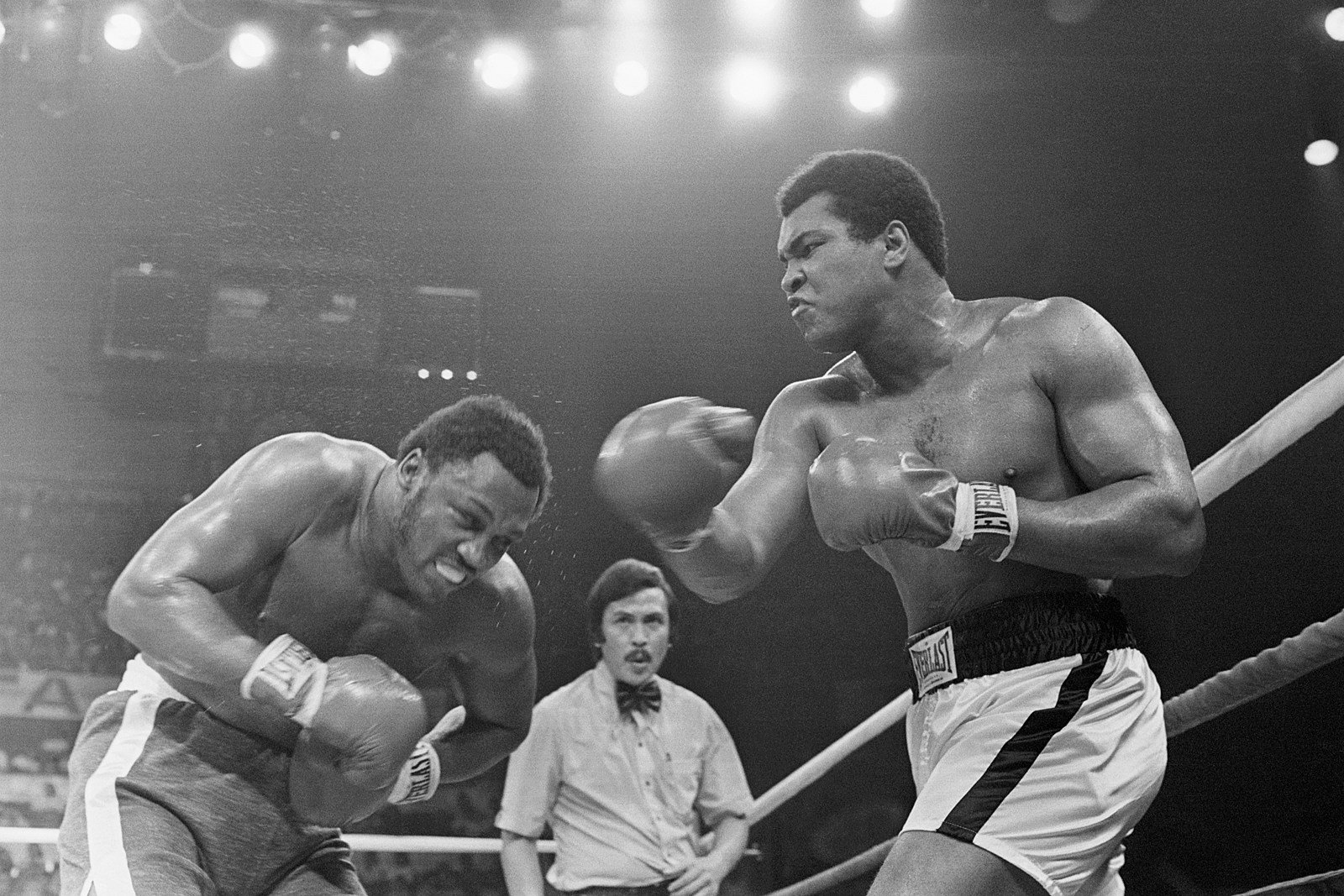 When it comes to heavyweight title fights with Muhammad Ali against a bitter rival in the mid-1970s with a rhyming nickname bestowed by Ali himself, held in a foreign country, ‘The Thrilla in Manila’ doesn’t hold as big a place in the culture firmament as does ‘The Rumble in the Jungle’.

In 1974, Ali fought George Foreman in Kinshasa, Zaire. In 1975, he fought Joe Frazier in the Philippines; Ali won both fights.

But the Foreman fight looms larger, especially thanks to its pop culture footprint. It was the 1974 fight that led, 22 years later, to the Oscar-winning documentary When We Were Kings and served as the climax to Michael Mann’s Ali in 2001; of the dozens and dozens of movies made about different aspects of Ali’s life and career, those are probably the two best. Also, the Rumble in the Jungle was Ali and Foreman’s only fight.

That’s not to say that the 1975 fight wasn’t a great one. It represented the third and final fight between Ali and Frazier, and the tiebreaker, after Frazier won their initial fight in 1971 and Ali was the victor in the rematch in 1973.

The two men had fought after Ali’s exile, in which he was stripped of the heavyweight championship over his refusal of induction into the U.S. army (something that, itself, has been the topic of more than one documentary.) Frazier won the championship during Ali’s absence and defended it successfully against him in the first fight. They fought the second time after Frazier had dropped the title to Foreman, and after Foreman lost to Ali in Zaire, Frazier was the one challenging Ali in the Philippines.

Like the ‘Rumble in the Jungle,’ the fight in Manila was the brainchild of a brutal dictator, the Philippines’ Ferdinand Marcos, who wished to hold the fight in his country in order to shore up his own position. A few years later, Marcos would help facilitate the production of Apocalypse Now, even lending the production helicopters (before taking them back to fight rebels.)

As for the fight itself, it had to start at 8 a.m. local time so more of the national audience could watch it at a reasonable hour. The fighters went back and forth, with Ali gaining the advantage early and Frazier fighting back in the middle rounds. Ultimately, Ali won in a technical knockout when Frazier failed to come out for the 14th round, bringing their three-fight rivalry to a close.

There is, in fact, a documentary about the 1975 fight, titled Thrilla in Manila, which debuted on HBO in 2008. You can watch it in full here. It’s a compelling telling, although not quite the achievement of When We Were Kings, nor did it have the underdog backstory of requiring two decades to make.

Sure, it may not be quite as legendary as the fight the year before, but the ‘Thrilla in Manila’ was more legendary than any fight of the last 25 years.