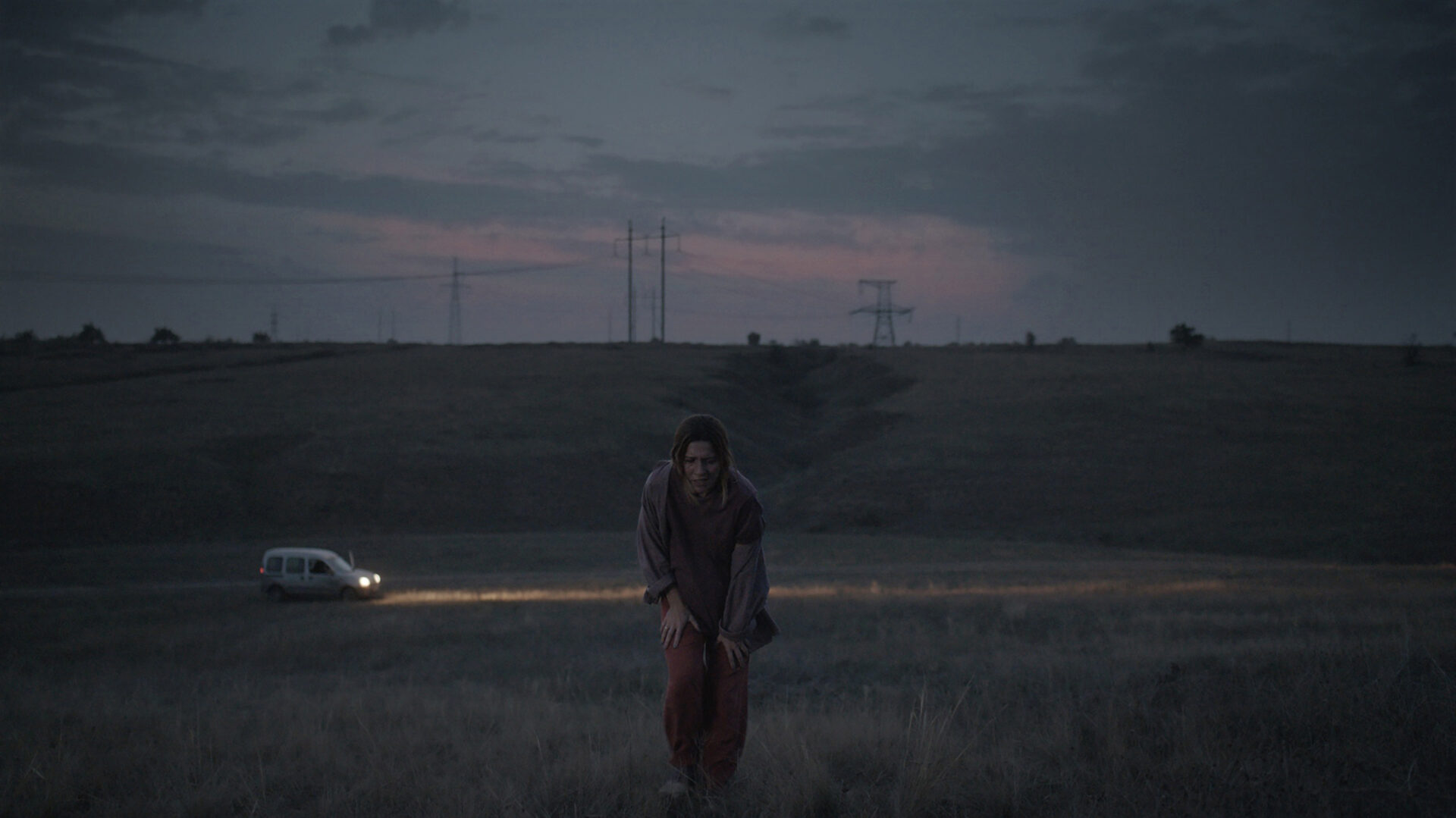 Bookended by two incredibly harrowing moments, Maryna Er Gorbach’s Klondike captures a resiliency in the midst of the Russo-Ukrainian war. Only in its infancy, instability begins taking hold on two expecting parents’ lives as they try to keep their home that resides near the border to Russia safe from bombs and invading Russian soldiers. An eye-opening look at an ongoing conflict happening today, Klondike holds nothing back in presenting a stark portrait of life in a war-torn village.

The opening unbroken shot in Klondike sets the stage for the events about to completely upend Tolik (Sergey Shadrin) and Irka’s (Oxana Cherkashyna) lives. Nothing has been peaceful since the Donbas war began and their home found itself located right in the middle of the conflict. Irka is pregnant, expecting the child to be born soon, while Tolik is wondering how he’s going to keep her safe while navigating the hostile land they now find themselves inhabiting. In an attempt to take Irka to a hospital, their home is suddenly destroyed by falling debris.

Gorbach’s latest film is a languidly paced, heartbreaking account of trying to live life on the frontlines. It’s dark opening sequence only escalates with each moment that passes. Beginning on July 17, 2014, Klondike sets itself during one of the more destructive moments early in the Donbas war as a Russian anti-aircraft missile shoots down Malaysia Airlines Flight 17, killing 283 passengers and 15 crew members. Gorbach doesn’t just employ these moments for shock value; she builds tension in the atmosphere. The death toll of the film has suddenly risen exponentially and right above their home. They find themselves in a surreal, dangerous moment.

Since most of Klondike feels like it takes place in real time, it can be a slightly demanding watch, especially as Tolik and Irka’s marriage strains itself under the pressures of an upcoming child and a war they can’t seem to escape. Added to the tension is Irka’s brother, Yaryk (Oleg Shcherbina), who arrives at their home and begins suspecting that Tolik might be supporting the Russians.

While the conflict itself is Ukraine versus Russia, it’s the personal struggles that give Klondike a nuanced depiction of people forced to confront the violence consuming the world around them. Cherkashyna’s performance is difficult to witness. Embodying a reluctance to move forward and the terror of the circumstances surrounding her, she imbues Irka with a stoic pain that seems unimaginable to bear. The entire situation becomes a waking nightmare and at the heart of it is Irka who struggles to accept that her world is being torn apart but still soldiers on in the face of uncertainty.

Klondike is devastating, and its ending only solidifies the film as a crucial portrayal of the ongoing real-life turmoil happening in Ukraine. The war consumes the entirety of the film, making it difficult to understand Irka’s torment in the midst of a hostile occupation, but the steadfastness she shows is the heartbeat of Gorbach’s film. A decisively antiwar film that hinges upon the personal scale of conflict, Klondike portrays the inadvertent impact of war that disregards human life for national dominance.

Nanny is a Tense, Singular Vision