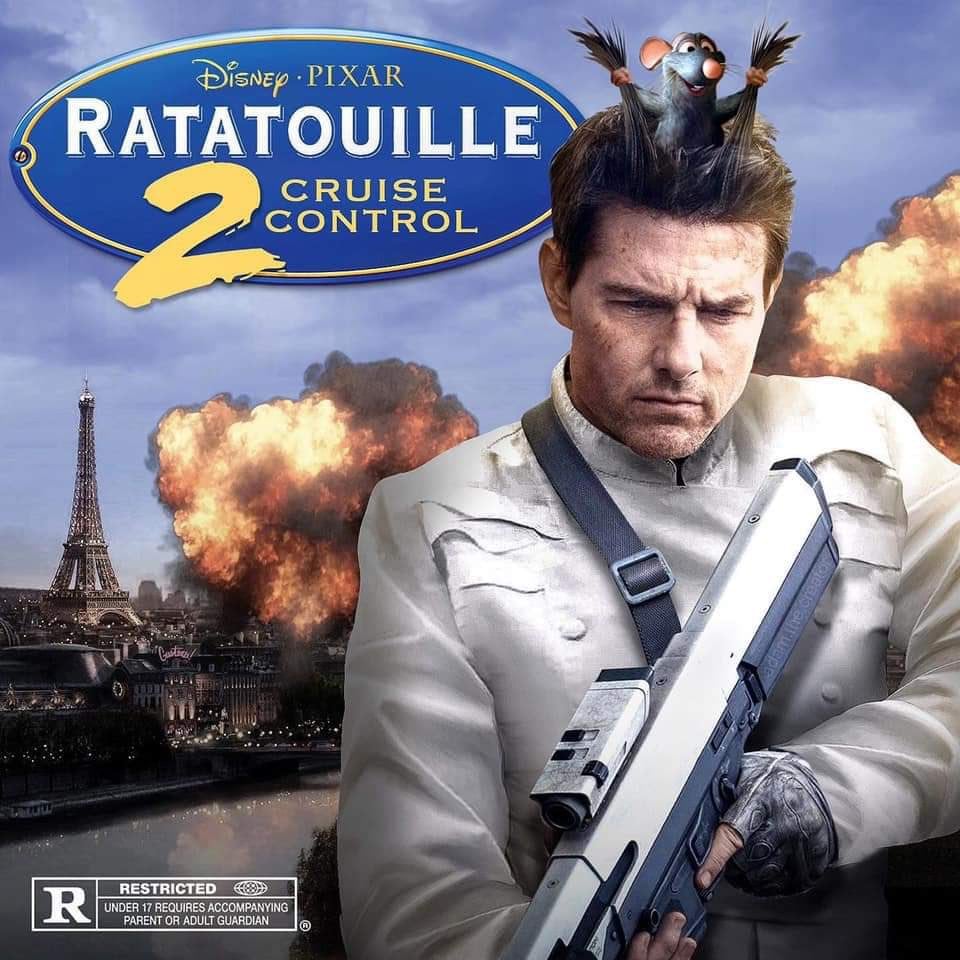 I have to say that I think this is the best Twitter account that I have stumbled upon in a long time. The account goes by the name Awful Fan-Made Movie Posters- @AWFULfanPOSTERS– and the name may suggest that its content consists of awful fan-made posters for films. Well, that is pretty much the case. These posters are certainly one large dumpster fire of poor Photoshop and awkward poses but I can’t help but see the beauty in these disasters. Let’s take a look at some of my personal favourite finds from this gold mine.

So this is the poster that attracted me to the Twitter account in the first place. Everything about this is so perfect. The title had me in laughing fits, not gonna lie. But Cruise’s serious expression and those awfully photo-shopped explosions with that Paris backdrop is absolute perfection. Not to mention Remy the rat’s little smile. I want this to be a real movie. Now, please.

Ahh, this one brings back memories. I was a big fan of the Danny Phantom Nickelodeon cartoon back in the day and this terrible fan-made movie poster is golden. Just look at that wonderful white dye job on Norman Reedus. A dark, gritty, and confusing Kojima take on Danny Phantom would be so weird and yet, still so tantalizing.

This one is an actual movie coming out this year and who knows, we might get appearances from Batfleck, Mysterio, Miles Morales, and Venom. Okay, probably not but the hopeful optimism of this poster outweighs the absolutely awful visuals.

This is actually a cool movie concept- based on the game that exploded in popularity last year- but I’m not really sure that a cast that includes Michael Cera, Ryan Reynolds, Robert Downey Jr, Will Smith, and Dwayne “The Rock” Johnson would work particularly well. Way too many egos in that spaceship.

A live-action Phineas and Ferb movie where the duo is facing the apocalypse doesn’t seem too out there, to be honest, but I think Michael Cera and Andrew Garfield are a little old to be in the roles. I do like the awkward photo-shopped dye jobs on their hair to make them look like the red and green-haired cartoon characters though. Perry the Platypus is looking kind of disturbing admittedly. I also love the inclusion of Daniel Bruhl in his Baron Zemo outfit as Dr. Doofenshmirtz. That is a fan-casting I can get behind.

Eveything about this one is just confusing to be honest.

Make sure to check out the Twitter account for yourself for more awful yet also amazing fan-made movie posters.

The Continuing Rise of BTS: An In-Depth Look At the Rolling Stone Interview