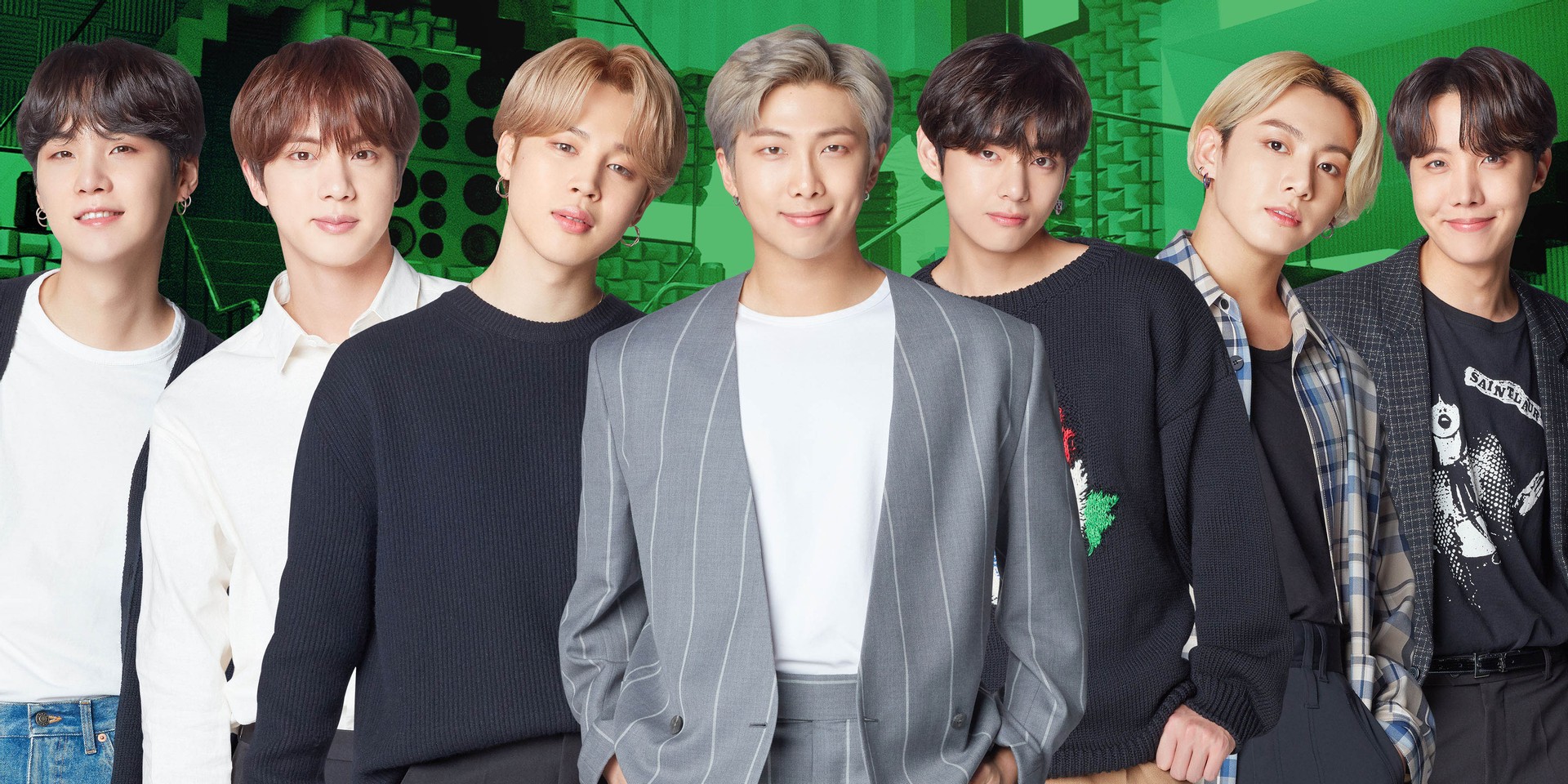 After a tiny BTS hiatus, I had to come back and write about the Bangtan boys on the blog with the news released earlier today that the Korean global sensations will be making a comeback this May with their second entirely English song: “Butter”.  So, this is definitely an odd choice for a song title (particularly one that is only going to be their second foray into entirely English lyrics) but personally, I actually like that a lot. It isn’t generic in anyway. It’s unusual and unexpected and I am definitely here for it. There are also quite a few places that the lyrics could go to with the theme of “Butter”. Their buttery soft voices making my heart melt like butter? Well, you get the idea. The official announcement from BigHit Music for the song over on social media platform Weverse reads as follows:

Hello. This is BIGHIT MUSIC. On May 21, 2021, the new BTS digital single “Butter” will be released on Korean and international music sites.

Brimming with the inimitable charm of BTS, the new single “Butter” will melt its way into the hearts of all ARMY. Dip into the sometimes smooth, other times charismatic enchantment of BTS with their latest music. You can also look forward to a physical single of “Butter” that will begin hitting stores in Korea and around the world this summer. (Release dates may vary depending on location and retailer.)

We would like to thank all ARMY for your ceaseless affection for BTS, and we ask for your continued love and support for the new digital single “Butter” from BTS.

The press release also revealed that the song will be “a dance pop track brimming with the smooth yet charismatic charm of BTS” which sounds a little similar to their first English song- “Dynamite”- that has annihilated all sorts of music records. “Butter” is certainly causing a stir online, as is to be expected from one of the biggest bands in the world. Let’s have a look at the impact that “Butter” is having following the reveal.

“Butter” had its very own logo trailer -which was literally just an hour long animation of a piece of butter with BTS’s logo on it slowly melting into a heart with some sizzling sound effects- which revealed the title of the song as well as the release date. Not particularly impactful or interesting right? Well, the hour long video has managed to- at the time of writing- surpass eight million views. It did it in only four hours after being posted. Yep. I’m pretty sure that even the most dedicated fans of any musician wouldn’t be able to clock up those numbers over an hour long butter animation. Twitter account BTS Charts & Translations is still currently tweeting out the milestones that the video is achieving so who knows how many views it will have by this time tomorrow. Those numbers also- insanely- smashes the amount of views that the teaser for “Dynamite” got within three and a half hours. It is just a logo. It is just butter. It isn’t even an actual teaser trailer. Those numbers cannot lie and they say that BTS are truly a global phenomenon who only continue to soar higher and higher. They are at the point where the only ones strong enough to beat them are themselves.  Well, either that or it tells us that the human population has a bizarre fascination with butter. Either or at this point but the fact of the matter is that they got millions of people to sit and watch melting butter for an hour and for that, I applaud you good sirs.

“Butter” is apparently already breaking records too (remember, there isn’t a teaser trailer or even a song snippet. All there is is an hour long video of cartoon butter melting) as it breaks the record for the shortest amount of time to break a pre-save link. Again, this beats “Dynamites” record as that took ten minutes for the pre-save link to crash whereas “Butter” only took four minutes. This is all just absolute madness but in the best possible way.

What I also found surprising about this reveal is the amount of big names and brands that leapt on the chance to celebrate and promote BTS. Call me a cynic but I am not sure as to whether these brands and the people behind them actually support or even enjoy BTS’s work or if they are merely jumping on their ever growing hype train to receive more attention. I suppose I will give them the benefit of the doubt for now but I can’t shake the feeling that their popularity is what is attracting such attention, but that’s just me. Let’s take a look at some of the responses from well-known companies and such.@AureliaOT7 tweeted out some of the promos BTS received from all over the place.

Hell’s Kitchen, Twitter Music, UberFacts and Barbie can be seen reacting to the announcement in this particular post but scrolling down on Big Hit Music’s announcement Tweet and you can see responses from even more brands such as  Deezer, Sony Music, Amazon Music, Columbia Records, Sony, iHeartRadio and more. The oddest one was a response from the Twitter account for My Hero Academia. Now that is a crossover I want to see. It is crazy just how widespread BTS’s influence is and how much attention they are attracting. I really hope that it is genuine. I’m being cynical again aren’t I? My apologies.

A Korean news outlet by the name of Newsen wrote on the reveal of “Butter” and- although this has yet to be confirmed by Big Hit Music at the time of writing- reported that the band will have a brand new album coming this June with “Butter” on the track list. Although the group are rereleasing the Japanese versions of their previous music with an album called BTS, The Best in June, Newsen writes that there will be new music with this album. Their article reads:

“BTS is expected to release a new album containing various new songs including ‘Butter’ in June after pre-release of ‘Butter’ in the form of a digital single.”

Like I said, there’s no confirmation of this yet from BigHit but I really hope that this is indeed the case as BTS’s music has really helped me keep going during this difficult time with the pandemic. I want more. I need it. Please guys.

Okay, now we are going to have a look at some of my favourite Tweets from the ARMY following the announcement. First up is a Tweet from @jungookiehyung which shows Jungkook nailing a butter based tongue twister from the Wembley concert that the boys held in London in 2019. Was this a cheeky nod to their single “Butter” that wouldn’t come along for another two years? Probably not, but it’s still fun to listen to. How does he manage to do this better than I can? I’m a native English speaker for god’s sake. Damn you Jungkook.

@art_krisis shows what the artistic ARMIES are going to be doing with their time as they wait for the release of “Butter”. This is a wonderfully creative use of butter in all fairness.

@marifics gives us a behind the scenes look at what the sound design process must have been like for BTS for their sizzling “Butter” logo. Jin is clearly the Swedish Chef in this situation.

Jin is my bias boy and so in turn, RJ the alpaca- his cartoon counterpart- is my BT21 bias (the adorable cartoon series from Line Friends in collaboration with BTS) and so this piece of art sits very well with me. Perfection. Thanks for this @bts_jin_p

A cute and cheerful little piece of fan art in anticipation of “Butter” from @rosegoldbangtan next. Can we just appreciate how quickly these artists are getting their content out for this? How are they so talented? You’re making us untalented folk look bad, you know.

I love this simple yet splendid and wholesome little piece of fan art from @0501_99. Again, how do these get done so quickly??? Give me some of your talent, artists. I beg you!

With the rumour of a new album alongside “Butter”, @miniminicult speculates on what the rest of the track list could be. Sounds rather delicious to me.

Last but not least…well…they did kind of clown us didn’t they? Got us watching butter for a whole hour. You have to respect them for managing that. Thanks @amojinph for this as it genuinely had me cracking up when I saw it.

I’m so mad that I didn’t think of this joke. Damn you @prodK0YA. I both love and hate you right now.

Well, we only have about a month left to wait for “Butter” so keep the memes coming and I will keep writing! “Butter” is set to be released Friday May 21st, 2021 at 1pm Korean Standard Time and 12am Eastern Standard Time. To my fellow British ARMIES, that would be around 4am. Maybe get an early night on that day. To pre order or pre-save “Butter”, you can do so at the link here.

Artist Alex Rudin Talks Female Empowerment, Body Positivity and The Importance of Self Expression Through Art