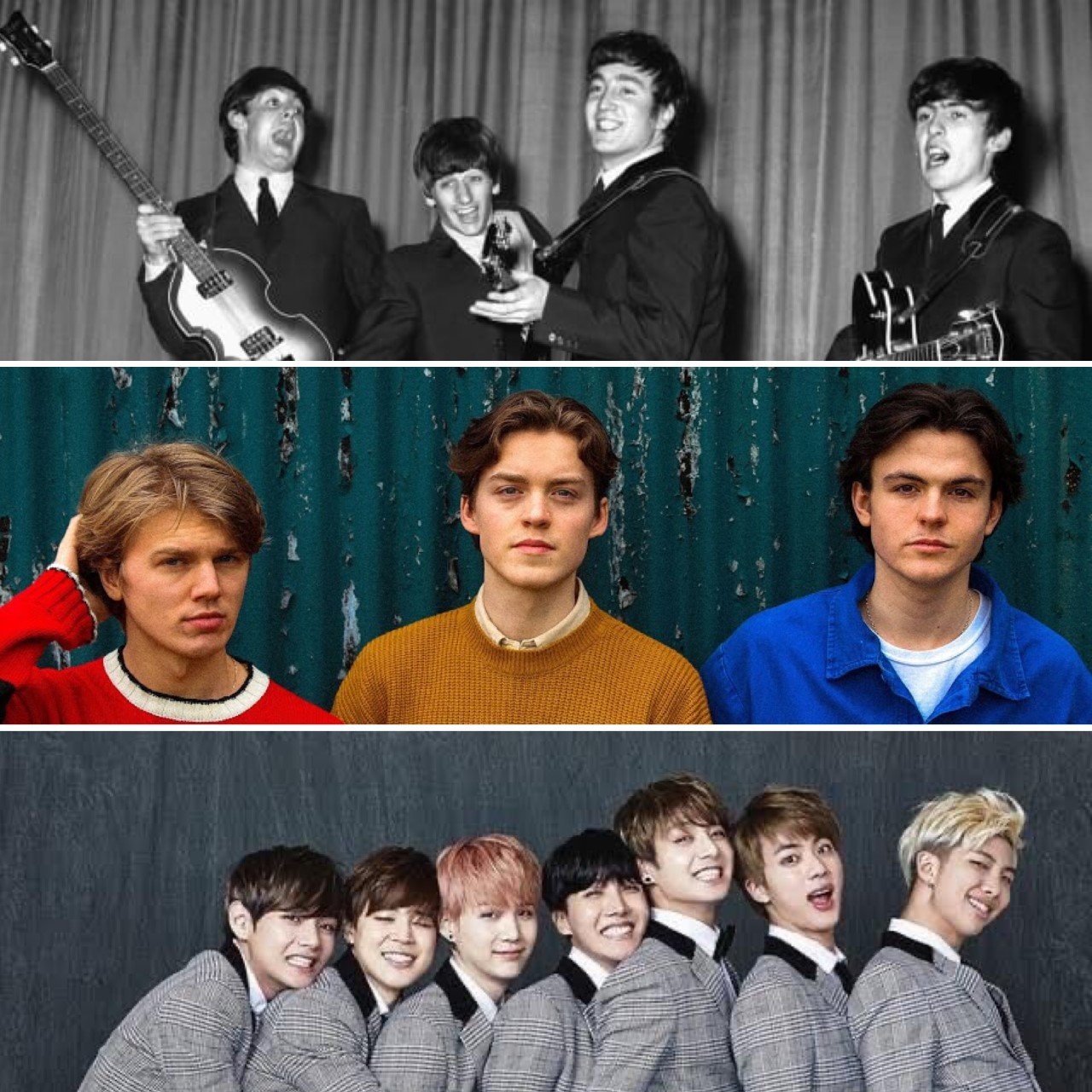 I honestly wasn’t planning on writing on BTS yet again this week but then British band New Hope Club just had to upload this awesome video to TikTok. This is clearly their fault entirely. With BTS’s huge success as of late- along with their constant record breaking and making of musical history- some have been comparing their achievements and global domination to that of iconic British pop band The Beatles. With this idea in mind, New Hope Club created a short twenty second TikTok video showing what BTS’s smash hit “Dynamite” might sound like if it had been written by The Beatles and performed about five decades earlier.

The result is a surprisingly accurate and also a ridiculously catchy take on “Dynamite”, which is topped off with a black and white camera filter, some floppy hair shaking and spiffy looking suits. I for one would like a full version of this Beatles and BTS mashup from New Hope Club. Please make it happen. New Hope Club themselves are also ridiculously talented musicians hailing from my home country of the UK. They actually come from Northern England- Manchester and Lancashire to be exact , which isn’t too far from The Beatles home turf of Liverpool- so as much as this video is a testament to versatile nature of “Dynamite”, it is also showcases the talent of New Hope Club and gives them a nice bit of deserved attention.

New Hope Club did a full, acoustic cover of “Dynamite” from BTS several months ago too so have a listen to that below. Make sure to check out New Hope Club on Twitter, TikTok, YouTube, Instagram and Spotify.

A Truly Global Phenomenon: The Cultural Importance of BTS’s Achievements Including That Astonishing Trilingual Feat

What’s All the Fuss with Powerpuff ?: A Look at The CW’s Upcoming Live Action Powerpuff Girls Show