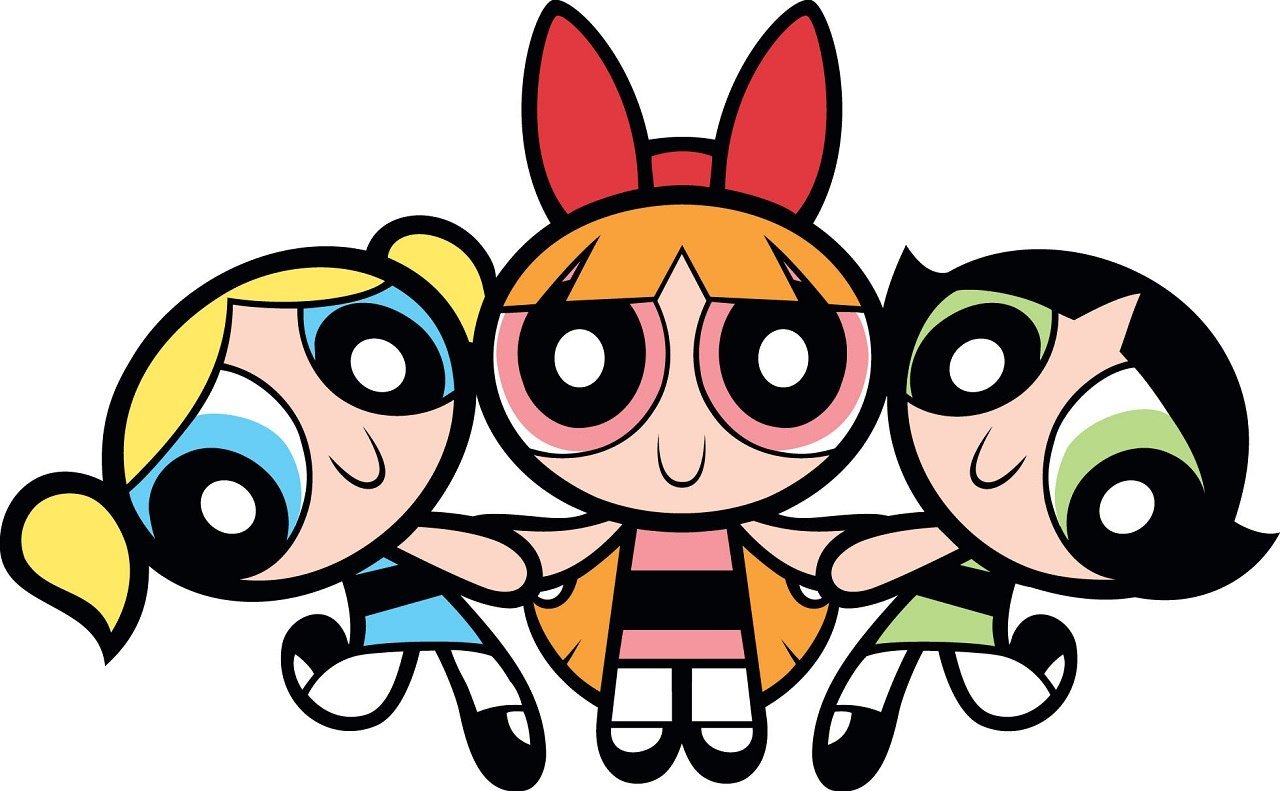 Yesterday,  the first on set pictures were released from the upcoming live action Powerpuff Girls show- aptly named Powerpuff– and the Internet is once again up in arms about the whole thing (when isn’t the Internet up in arms about something though?). Let’s take a look at some of the images- as well as a short clip of the cast filming a scene- and see what all the fuss is about.

The photos show the cast members- Chloe Bennet as Blossom, Dove Cameron as Bubbles and Yana Perrault as Buttercup- filming a scene outside of the set of their house. We also get a look at Donald Faison as Professor Utonium, the scientist father of the girls who created them in a laboratory in the cartoon. Not sure if that’s the route they will go in the show as it is a little bit weird to have that in live action. Let’s spread a little bit of positivity first by talking about some of the good things about these set pictures. Firstly, the recreation of The Powerpuff Girls home is actually amazing. It is a near perfect recreation that is brought into the real world fantastically. The house in the cartoon was a super modern, white, square building that was pretty ahead of its time with its minimalistic style. Whoever was in charge of finding the right house for the show hit the nail square on the head with this choice. I don’t have much of an issue with the chosen cast members. Dove Cameron is as close as you can get to a live action Bubbles and Yana Perrault looks pretty damn good as Buttercup, especially the hair. Curly haired Buttercup is not something I knew I needed until now. The only cast member I’m not as sold on from these pictures is Chloe Bennet as Blossom. At least give her the red hair. I hope that this is something that is being hidden for now as it just doesn’t feel like Blossom without her signature red hair. In the clip below, we see Bennet’s Blossom take flight via wires but what I really liked about the short clip is Cameron’s Bubbles giving a little wave and kiss goodbye to the Professor as she and Buttercup leave the house. It’s a little thing but it is so very Bubbles. It’s a nice touch by the actress.

The issue that the Internet has with these photographs is the girl’s outfits. They are based on the original design of the girls from the cartoons with each wearing a coloured dress- pink for Blossom, blue for Bubbles and green for Buttercup- with a black stripe around the middle as well as black shoes and white tights (which are swapped out for knee high socks here). Admittedly they do look kind of cheap and tacky, although I am certain that these aren’t going to be their official outfits in the show. A well-known CW show called Riverdale had an episode where their characters- based on those from the Archie Comics- wore the original comic book outfits. I think this scene will be something similar to that. At least, I sincerely hope so.

I’m surprised that this is actually the first time I’ve talked about The Powerpuff Girls on the blog as I was a fan as a child. When I say fan, I mean one of those super, mega fans who had all of the merchandise and the image of the characters on everything. Stationary, lunchboxes, dolls, you name it I had it. I watched a lot of television and cartoons as a kid (which probably says a lot about me but I digress) and I would always gravitate towards shows with female leads as they were so often cast as the side character to male protagonists. So shows like Kim Possible, Sailor Moon, Teen Titans (yes, you could argue that Robin was the main character here but I would say that all five characters- including Raven and Starfire- were major leads) and Totally Spies were what I enjoyed more than anything as I could see myself in the girl characters. The Powerpuff Girls was my absolute favourite of them all and I spent so much time watching the show, playing the video games (which I realise now were painfully bad), collecting the toys and reading the magazines. Yes, I was also a regular frequenter of the official Powerpuff Girl magazines. Hold your applause. I wouldn’t say that being a particularly big fan of the show as a child has made me an expert on all things Powerpuff but I would say that it has given me more of an idea of what the original was at least trying to do as I was a member of their target audience. It was obviously appealing to little girls with its trio of five year old protagonists but there was certainly a broader demographic in mind when it came to content. As superheroes, the girls would often be fighting crime, defeating monsters and saving their town. It was actually pretty violent looking back on it now, with blood and teeth often spilling everywhere when the girls would beat up a criminal. What the show also did was never take away from the fact that at the end of the day, these were still little girls. Super powered little girls who could fly and shoot lasers from their eyes but still little girls nonetheless. They fought crime but they were allowed to be children too, and this is where I get concerned for this live action adaptation. As well as being- let’s face it- highly unnecessary and likely just another attempt to tug on those ever so lucrative nostalgia heartstrings of 90’s kids like myself, I feel like the synopsis of the show misses the point of the original cartoon a little bit. Variety reported the synopsis as follows:

“In the updated version of the series, the titular superheroes are now disillusioned twentysomethings who resent having lost their childhood to crime fighting. Will they agree to reunite now that the world needs them more than ever?“

In the cartoon, the girls never lost their childhood despite also fighting crime. The normal parts of their life were often shown to contrast the not so normal parts. They would go to school, play together, argue with their dad and all sorts of real world normal stuff. There is even an episode that is entirely dedicated to them playing make believe in their house as its too rainy to go outside and so the criminals aren’t feeling that mood dampening weather. My point is that they were always portrayed as little girls who had a childhood who so happened to also be superheroes, which is arguably part of what made the show so popular as this duality made them relatable to young girls like myself but also kept things entertaining. They were never shown to have “lost their childhood” and it feels like a bit of a forced plot device to give them a reason for these characters to be disillusioned. Or maybe I’m reading way too into a cartoon show about little girls with superpowers. Either or really.

The Powerpuff pilot could lead to a proper series in the same vein as fellow CW shows like The Flash. The CW has a bit of hit or miss reputation with their shows- ranging from good such as Black Lightening or just what the hell is happening like the later seasons of Riverdale. It is all very angsty teen and young adult drama, which can be good when done well and painfully cringe worthy if not. The Powerpuff Girls has had an odd run when it comes to adaptations. The original series was great but all of the following attempts to bring it back have been less than successful. The rebooted series in 2016 was hot garbage to put it politely and even the other versions of the cartoon- like the Dance Pantsed special which had the original voice actors or the anime spin off we don’t talk about- were just weird. This odd history of adapting the franchise alongside the general hispleasure that the Internet has given so far leads to expectations that are more than a little low. As harsh as it sounds, these low expectations for the live action remake might actually become a saving grace if the show turns out half decent. Maybe Powerpuff will be redeemable after all? Only time will tell.

Check out the rest of the set photos below.

All Images Courtesy of Backgrid.