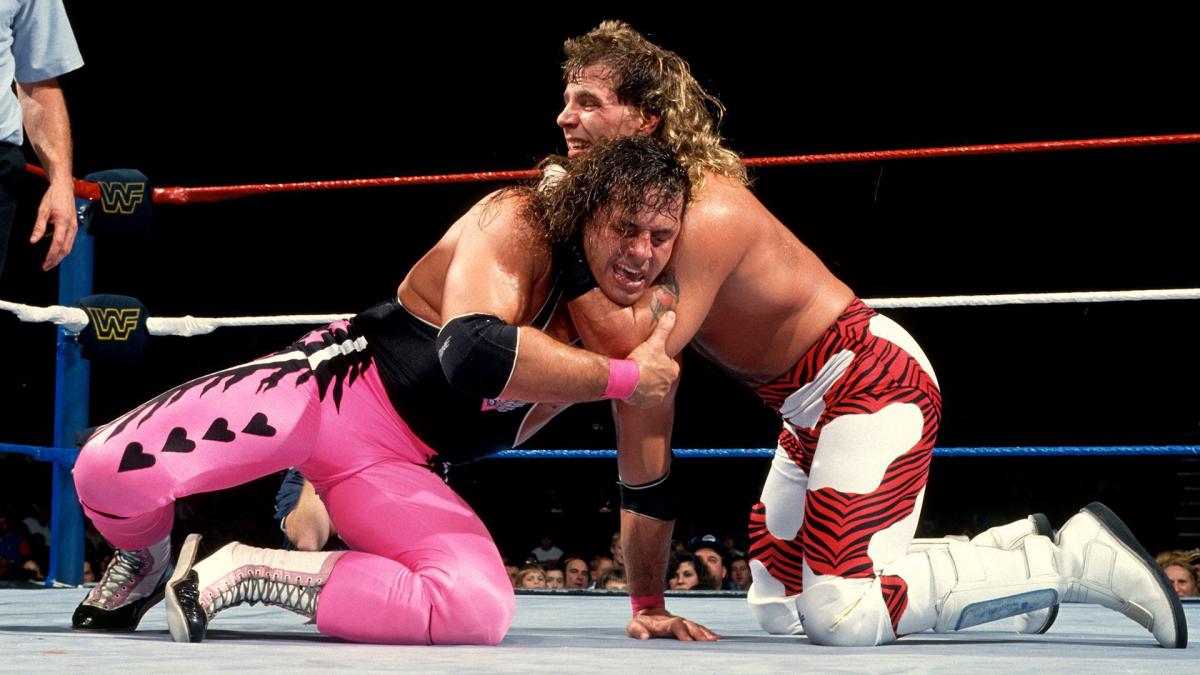 This is not the Montreal Screwjob

Five years before the infamous Montreal Screwjob, Bret Hart and Shawn Michaels began their legendary rivalry at Survivor Series in 1992 when the newly crowned WWE Champ Bret Hart and the Intercontinental Champ Shawn Michaels wrestled in their first high-profile singles match together.

Hart had just won the WWE title for the first time defeating the Nature Boy Ric Flair in a legendary match that took place a month earlier in Saskatoon, Saskatchewan, and a match that for whatever reason, was not televised. Many fans had no idea Bret was the champion leading into Survivor Series and even more confusing was that the match had been bumped up the card due to the sudden disappearance of the Ultimate Warrior who originally had top billing. Despite having two champs in the ring, only the Heavy Weight Title was on the line, meaning Shawn Michaels had everything to win and nothing to lose. And fans were excited to see if the Heartbreak Kid could walk away with both belts. Little did we know at the time that the 1992 Survivor Series match between HBK and The Hit Man would be the start of one of the greatest rivalries in the history of the sport.

It was also the start of the “post-Hogan” era and having these two athletic performers in the main event gave fans a glimpse of great things to come. Vince McMahon was willing to take risks and instead of relying solely on larger-than-life superstars, he looked to other talents for Championship gold. It was the dawn of highly technical main events in which wrestlers got to showcase their wrestling talent in fast-paced matches— whereas, in the past, most WWE main events were slowed down by bigger men like Hulk Hogan, Andre the Giant, Yokozuna, and King Kong Bundy, to name a few.

Bret Hart proved why he was known as the Excellence of Execution and for the majority of the match, he outwrestled the arrogant up-and-comer. Being the heel, Shawn Michaels did everything he could to fight back and that, of course, meant fighting dirty. Michaels took control after he raked Bret’s eyes, pulled his hair and whipped him into the steel post before wearing down The Hit Man with several submission holds. After Michaels hit a superkick and a suplex, it seemed like the match was over. To everyone’s surprise, Hart kicked out, fought his way back and ended the match by putting Shawn Michaels in the Sharpshooter. It was a clean win for The Hit Man but despite losing, Michaels proved to the world he would have a very bright future.