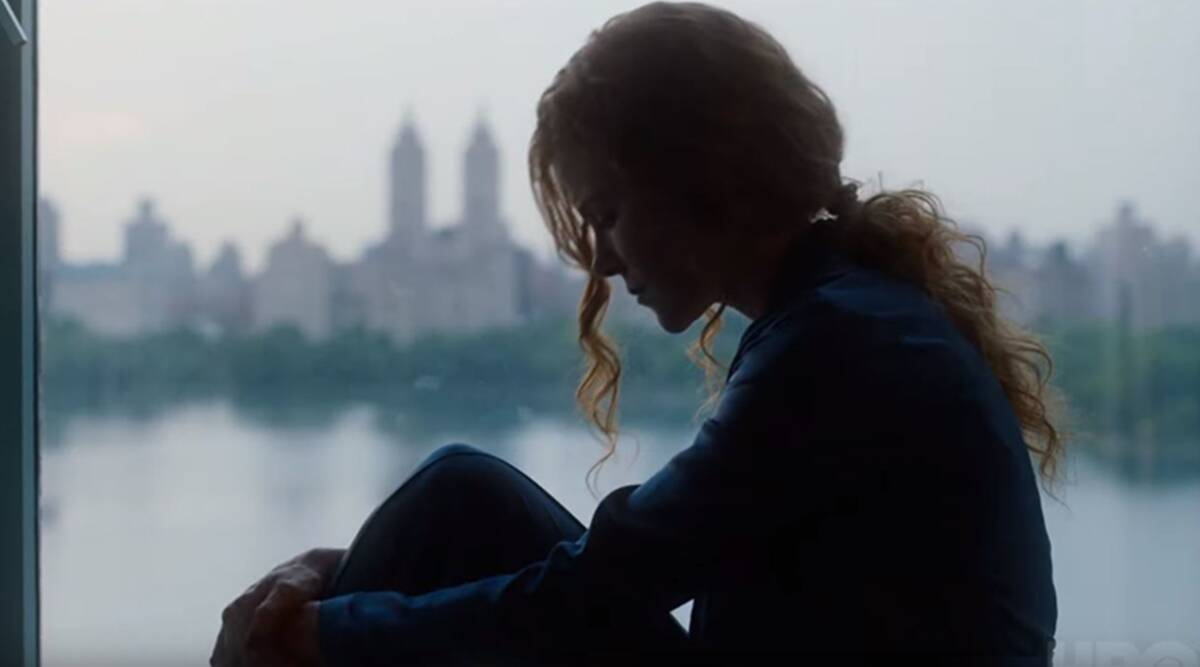 Spoilers for The Undoing and Gone Girl (2014) ahead.

It’s been a depressing ride, watching The Undoing stumble to its anti-climax after one of the most gripping openings that 2020 television had to offer. Its premise was rife for a great mystery yarn: a woman killed, a man accused, his wife forced to decide whether the man she married is capable of such a heinous act of violence.

Somewhere in The Undoing is a truly incredible two- or three-part mini-series, presented less as a murder mystery and more of a psychological reckoning with what the people closest to us might be capable of.

Unfortunately, what The Undoing actually gave us was six hours of red herrings and illogical character actions, all leading us back to the inexorable conclusion that, yes, the most obvious suspect did it, and then he lied a whole bunch about it, and he was just a remorseless sociopath the entire time.

It’s a little bit like if Gone Girl was a six-hour-long film about how Ben Affleck really did kill his wife.

So, yes, the simplest answer was the right one. Why does that feel so wrong?

The problem is that The Undoing spends much of its unforgivably long runtime deliberately attempting to trick its audience, most of whom are familiar with the trappings of the mystery genre. The thing with whodunnits is that the simplest answer isn’t the right one: that’s what makes them so fun. It’s all about those final ten minutes where the detective (or whoever) goes through the deliciously convoluted series of events that led to the narrative’s inciting incident. Just last year, Rian Johnson’s Knives Out provided a fabulous, modern take on the genre.

To even call The Undoing a whodunnit feels wrong, but its end-of-episode cliffhangers and marketing did nothing to disabuse viewers of the notion that they were strapping in for a rewarding, tangled web of a mystery. Even around episode (and week) three, when the cracks began to show and the pool of suspects was depressingly small, there was some small hope. Sure, many of us said, there are only four viable suspects, three of whom would be boring culprits and one of whom is twelve, but they can still pull something out of the bag.

Deconstructing genre conventions isn’t always a bad thing, but The Undoing seems intent on punishing those who love a good murder mystery in service of a point that gets muddied precisely because of the genre trappings. The reason viewers might not have wanted to believe that Jonathan Fraser (Hugh Grant) murdered Elena Alvez (Matilda de Angelis) isn’t necessarily because he’s a charming rich white man; more likely, it’s because it’s simply not very interesting that he did it.

We live in the real world, and we’re aware of the depressing statistics that tell us women are often victims of violence from the men they’re intimate with. In 2018, 1600 women were killed by men in the US alone. So The Undoing’s ‘revelation’ that Elena was killed by the man she was having an affair with was less of a revelation and more of an unwelcome reminder of reality in a genre not exactly lauded for its proximity to the real world.

The Best of Intentions

It seems as though screenwriter David E. Kelley was trying to make the show more of a commentary on privilege—something he did well in his previous TV show, Big Little Lies—than a straightforward murder mystery. But even the commentary is diluted by the show’s treatment of Elena, which is as less of a character and more of a pretty dead thing that stares sultrily at us in flashbacks. This lack of development is especially egregious considering Elena is one of the only characters in the show who isn’t insanely wealthy and/or white. Furthermore, Jonathan’s claim that she was a crazy stalker (which, while not especially groundbreaking, would have at least been interesting) never goes disputed, but also never gets explored. There are tantalizing allusions to it: Elena’s obsession with Jonathan’s wife Grace (Nicole Kidman) promises to be fabulously twisted, and then fizzles out into nothingness after the revelation that Elena painted a secret portrait of Grace.

Instead of asking the viewer to align themselves with Elena, The Undoing tries to put us in Grace’s shoes. It’s not a bad choice by any means, but this is another case where the murder mystery element lets the show down. We can’t be privy to Grace’s true thoughts and feelings because the show refuses to rule out the possibility that she’s the killer. Grace is even placed near the crime scene in one of the episode’s cliffhanger endings. She then proceeds to give the weakest of alibis as to why, in the entire island of Manhattan, she happened to be passing by the exact location where her husband was beating a woman to death at almost the exact time he was doing so. “I was on one of my walks,” she insists, repeatedly, to understandably disbelieving stares.

Nicole Kidman’s performance, combined with director Susanne Bier’s liberally deployed close-ups, is excellent. But the script keeps her—like all the characters—at a distance, forcing us to guess at the motivations behind most of their actions. It’s this distance that can make the show come across as stylish but cold.

In the final episode, the script makes a big point of defining ‘confirmation bias’: the phenomenon whereby people have a tendency to cherry pick information that supports their existing beliefs. For those of us (and I refuse to believe I was the only one) who were desperately hoping the killer was anyone but Jonathan, this dialogue comes across as pointed. And, sure, in retrospect, it seems absurd to have ever entertained the possibility that anyone else murdered Elena. Jonathan was the one who had sex with her, left his DNA all over the crime scene, and then immediately fled from the police. Where the show’s thesis falls down is that the reasoning behind the audience’s search for an alternate suspect was less because they were inclined to trust Hugh Grant (who has, after all, spent the last couple of years exclusively playing lecherous baddies) and more because they were searching for a glimmer of unpredictability.

In the universe where The Undoing is only two episodes long, Hugh Grant is perfectly cast. Grant’s charm offensive is well-documented, and he evokes very different reactions in different genders and generations simply by existing. His performance, too, is excellent: the flashes of rage quickly tamped down, the fake crying that’s not quite convincing enough, his eyes constantly flicking around to check that everyone likes him and believes him. It stands out alongside A Very English Scandal as an example of how well Grant plays slimeballs.

It’s not even that The Undoing would be a better show if someone else was the murderer. If Grace or Elena’s husband Fernando (Ismael Cruz Cordova) did it, the resolution would have felt just as anticlimactic. By the final episode, my hopes were with Jonathan and Grace’s twelve-year-old son Henry (Noah Jupe, giving an absolutely superb performance), Grace’s elderly father (Donald Sutherland), or Grace’s only friend Sylvia (Lily Rabe, in a role that involves doing suspiciously little). All of these would have been odd and convoluted, but perhaps I wanted odd and convoluted. In any case, I was all out of better options.

All of which is to say that by the time that Jonathan was frantically accusing his son of murder to weasel his own way out of the blame, I was thinking less ‘accusing one’s own pre-teen son of smashing a woman’s skull to smithereens is the act of a monster’ and more ‘God, I hope he’s right and this all hasn’t been a waste of time.’

Henry, by the way, is another character who falls victim to making the most ridiculous available choices in service of confusing the plot. His decision to run the murder weapon through a dishwasher twice and then hide it in his violin case is overshadowed only by Jonathan seeing the murder weapon that he knows he used to commit murder and immediately suggesting they take it to the police to exonerate him.

And the less said about the helicopter chase, the better.

Given all of this, it might be surprising to find out that—on the whole—I enjoyed The Undoing. Its weekly release schedule was effective in building suspense, it was gorgeously shot and full of great performances, and the episode one kiss between Nicole Kidman and Matilda de Angelis still promises a far more interesting psychological thriller than what we ultimately got.

That said, I fully believe the best way to watch The Undoing is with the knowledge of who did it. So, go forth, and spoil this TV show for all your friends—you’ll be doing them a favor.

The Mandalorian: “Chapter 14: The Tragedy” — A Legend Returns