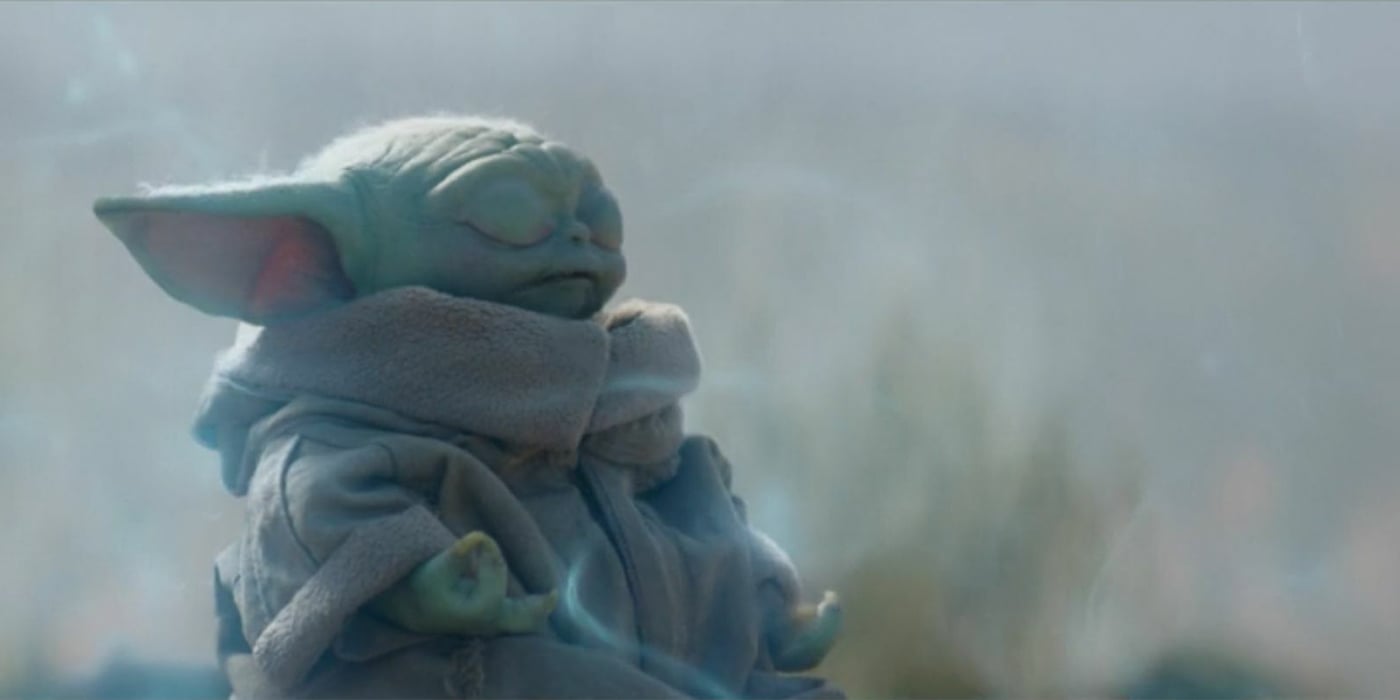 “The Tragedy” was the perfect title for this episode of The Mandalorian. Just like the last couple of weeks, a lot went down in a tightly packed story. And the vast majority of it was not good for Din Djarin. He took some heavy losses that will be difficult to bounce back from.

This episode had a several big returns and losses, as well as confirmation of a big Season 1 fan theory. It was filled with action and set the stage perfectly for the last two episodes of Season 2. “The Tragedy” also revealed that the Empire has baby-sized handcuffs, which is quite depressing.

Calling in a Jedi (No Spoilers)

For the most part, “The Tragedy” took place on the planet Typhon. Mando was sent there at the end of “The Jedi” in hopes of making contact with a Jedi who could train Grogu. Djarin placed him on the seeing stone as instructed by Ahsoka. Then, the light show began.

Using this sacred site, Grogu amplified the Force and sent out a signal. The stone’s power protected him for a time but eventually the little guy was worn out by the experience and passed out. But before anyone could answer, the story took a series of dark turns.

Who answers the call sent out in “The Tragedy” will be interesting to say the least. The most common theory is that Ezra Bridger will finally emerge. Considering that Thrawn is alive, it’s a strong possibility. If he returns, there’s no guarantee that The Mandalorian will be the show that happens on, though.

Others have suggested that Luke Skywalker will arrive. But that presents some huge narrative gaps in relation to the sequel trilogy. If Luke had anything to do with training Grogu, it seems like that would have come up in any of those three movies. Hopefully, this isn’t the case as it causes more problems than it solves.

The longshot option, and the most intriguing, is that Mace Windu will make his return. There has been a longstanding theory that he survived his encounter with Palpatine in Revenge of the Sith. He would be a superb choice to train Grogu as Mace likely played a part in his original training on Coruscant.

A Legend Steps from the Shadows (Spoilers)

Finally, fans got the payoff to the first episode reveal of Boba Fett being alive. “The Tragedy” found the bounty hunter tracking Mando down and cornering him on Typhon. They struck up a deal that saw his iconic armor finally returned to Fett.

One of the big mysteries from Season 1 was who stood over the body of Fennec Shand. The theory was Boba Fett. “The Tragedy” confirmed it was true and he event saved her life. Fennec is alive and working with Boba Fett, which is great for the show overall. She may even factor into the upcoming Boba Fett series.

Slave One, the legendary ship flown by both Jango and Boba Fett, made its return, as well. Watching it fly across the skies of Typhon was a huge moment. The only comparable sight would have been the Millennium Falcon doing a fly by. It didn’t, to be clear.

What “The Tragedy” did successfully was show Boba Fett to be the badass he was always described as. He utterly destroyed a series of Stormtroopers, dissecting them with traditional Tusken Raider weapons. When Fett put his armor back on, the few Stormtroopers who survived bailed quickly.

It was outstanding to see this. Books and comics had always described his combat skills. But they had largely been left out of movies and TV series. For the first time in live action, fans can truly say that the Boba Fett not only lived up to the hype, he exceeded it.

This episode was called ‘The Tragedy” for good reason as there was a lot of it to go around. The trip to Typhon was necessary for Djarin to complete the mission given to him by The Armorer. But it also cost him dearly, and on levels no one could have ever expected.

Moff Gideon tracked Mando and Grogu to Typhon, and sent his forces after them. Djarin, Boba and Fennec stood their ground, holding off the Empire. But it was to no avail. Gideon sent Dark Troopers to the planet’s surface and kidnapped Grogu. It was a hard moment for Djarin, but there’s quite naturally a rescue attempt in the making. This mission will be the crux of the finale of Season 2.

Fans know Grogu will be fine. But the real tragedy of the episode was the destruction of the Razor Crest. Gideon had the ship destroyed from orbit, leaving virtually nothing behind. The only surviving items were Grogu’s favorite toy and Djarin’s new Beskar spear.

The endgame for Season 2 is falling into place. Djarin is forming a plan to rescue his charge which apparently includes Mayfield from Season 1. Cara Dune may also join the mission. Only time will tell if other allies like Ahsoka Tano or Bo-Katan Kryze join, as well. Moff Gideon may have finally bitten off more than he can chew.