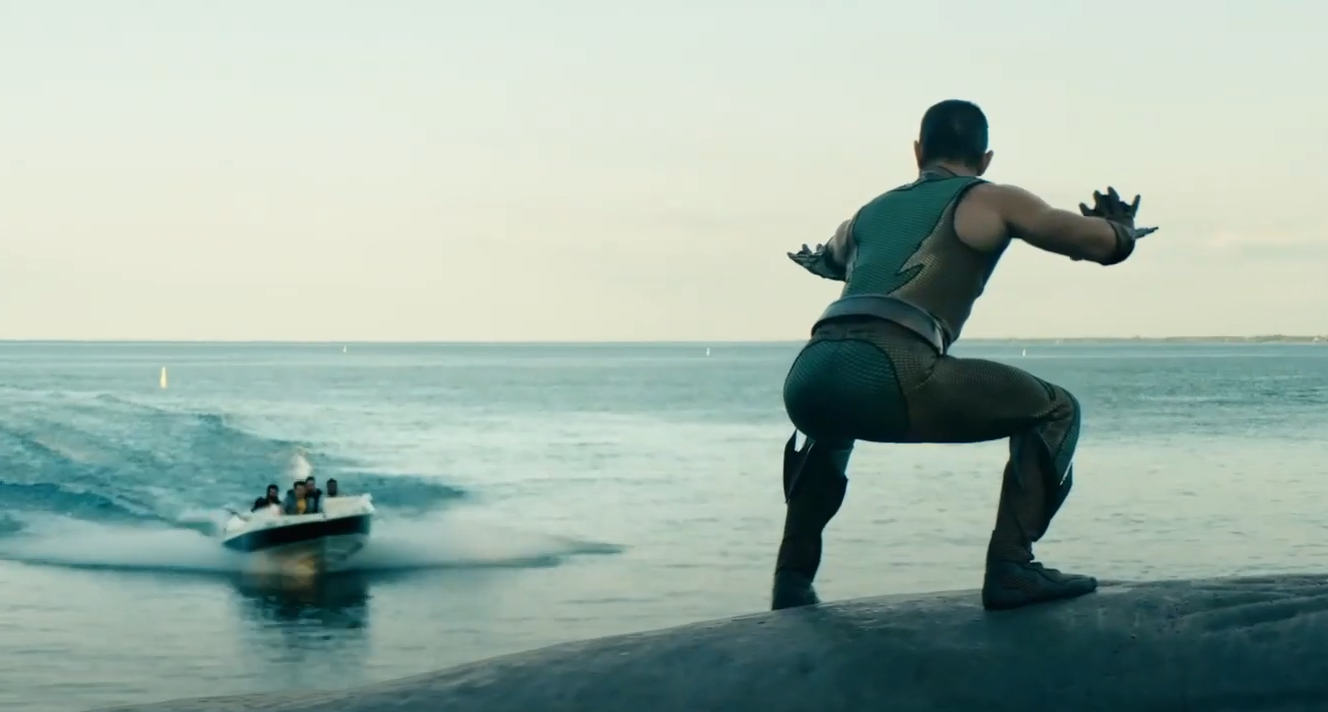 Half bottle episode and half coming out party, “Over the Hill With the Swords of a Thousand Men” is a sneaky little showcase for The Boys, and just how big its world’s suddenly gotten in season two. Though ostensibly an episode designed around two events – the boys getting stuck on the boat, and Stormfront revealing her inner racist sociopath – “Over the Hill” navigates a number of brewing conflicts in fascinating ways, building and building until the violent explosion at the episode’s conclusion. With a nimble script and a game group of performers, The Boys‘ second season is turning out to be a distinct pleasure – albeit one heading down a gruesome, dark path I sure hope it’s capable of navigating.

“Over the Hill With the Swords of a Thousand Men” navigates a number of brewing conflicts in fascinating ways, building and building until the violent explosion at the episode’s conclusion.

It does take a little while for “Over the Hill With the Swords of a Thousand Men” to get going; beginning three miles offshore with The Boys and the reunited super-siblings, the first quarter feels like it’s simply restating the stakes. It’s a nimble trick, though; led by Kimiko and Kenji, The Boys begins to feel like it is approaching a true moral quandary for the group. Which door descending into hell will they choose?

While The Boys often likes to posture its presenting characters with complex dilemmas, the show’s unnerving nihilism often upends any sort of nuance it looks for in its debates around “necessary” violence. Here, Kimiko’s presence throws a fascinating wrench into the proceedings; with most of the group’s members clinging to whatever mirage of family they have left (save for Hughie, who has… forgotten his dad exists?), even Butcher can’t deny having conflicting feelings about what to do with Kenji, and the deal that’s been offered to him if he turns him in.

Elsewhere, “Over the Hill” throws the brazen personalities of The Seven into their own little blenders, as Stormfront begins to sow discord through Vought, and abuse her powers to casually murder a lot of people – nearly all of them minorities, in a way that feels like an explosion of character, rather than an unpeeling of some complicated identity. Stormfront simply doesn’t give a fuck; and with her supernatural ability to manipulate feminist views (her speech to the reporters is magnificent, both in how it develops Stormfront’s character and nods to the simplistic ways in which the evilest people in society disguise themselves among the “good”).

While she’s kicking up tornadoes and electrocuting everyone that gets in her way, characters like The Deep and Homelander continue to benefit from the much-improved writing of season two. The show is still struggling to make Becca something more than the Ultimate Mother Protector trope, but Homelander’s warped sense of responsibility to his son is interesting, surely a bad sign for the upbringing of this world’s Superboy (will he also don a cool leather jacket and weird cyberpunk sunglasses? Who knows!). It’s clearly not going well; even he seems to recognize the danger in bringing his son’s powers to the surface, as its the first time in his life he’s facing a challenge as the world’s strongest hero (that is, until Stormfront doubles that total later in the episode, further frustrating Homelander’s attempts to hold domain over everything in his grasp).

It’s not going well for The Deep, either, as his slow descent into cult life is bringing his desperation for acceptance further to the surface. Like with Homelander’s stories, I wish The Deep’s story was a little tighter and more thoughtful (some of the body image stuff seems to be treated trivially, in a way that borders on insensitive and uninformed for the sake of easy jokes), but there’s no denying his character is infinitely more interesting this season, a test case for what a superhero trying to learn their own limits would struggle with. The Deep works best as a pathetic character, but not when it’s a pathetic character The Boys just kick around with bad punchlines; when he’s treated as a byproduct of a deeply flawed human being trying to find a path to good intentions, his fumbles and weak-minded rhetoric is much more amusing – and at times, the tiniest bit empathic (his sadness over Billy’s, well, butchering of his whale buddy was such an earnest, raw and twistedly funny moment).

The Boys has needed to accelerate its internal stakes for a while; the introduction of “super terrorists” to the world by Homelander, and Compound V’s reveal to the public might make the show’s world feel a bit smaller than intended – I think a lot about the “big” fight scenes at the end of Arrow‘s third season, where the ‘entire city’ is fighting, but there’s never more than six people around – The Boys does that on a narrative level sometimes. But as the stories of the show dig a little deeper into its characters – Maeve’s disillusionment, Homelander’s failure to emulate paternal behavior, A-Train’s desperation, it’s beginning to feel like the writers have a deeper understanding of its characters and world, and how to wield its inherent sadistic cynicism to more interesting ends. “Over the Hill With the Swords of a Thousand Men” benefits massively from that, setting up a number of intriguing dominoes for the back half of season two to knock over (in bloody fashion).

10 Years Later: The Boardwalk Empire Pilot is one of the All-Time Greats