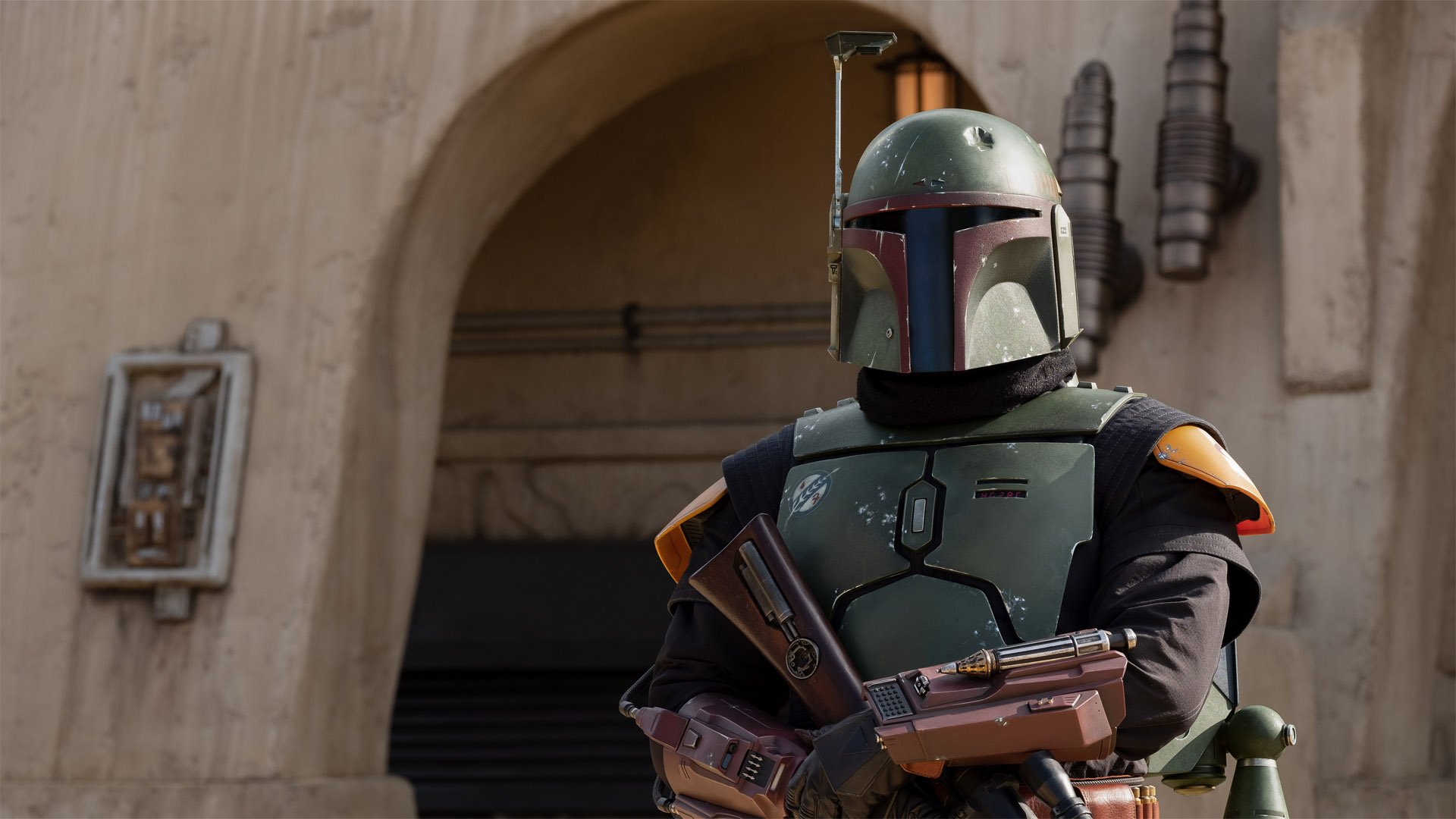 During its premiere, The Book of Boba Fett kickstarted with a double dose of intrigue and imbalance. “Chapter 1: Strangers in a Strange Land” was a striking beginning for the newest Star Wars series on Disney+. The Book of Boba Fett portrayed a past and present story that left audiences with more questions than answers despite responding to some fans’ biggest wonders. With “Chapter 2: The Tribes of Tatooine”, the show continues to present yet another highly entertaining adventure but one that suffers vastly similar issues as its predecessor. As The Book of Boba Fett continues to leave a substantial mark with its crime lords and Tusken Raiders, it makes the same mistakes that will hopefully be corrected in due time.

Continuing directly after Boba Fett returned to the bacta pod for more flashbacks and Fennec Shand captured one of the hooded assassins alive, “The Tribes of Tatooine” explores the crime families living under the twin suns and the post-Sarlacc Pit adventures of the titular lord. With an opening ten minutes that introduce a ton of new troublemakers and shady players to the story, the second chapter quickly harkens back to Boba Fett’s tale of the past as he helps the Tusken Raiders regain their ancestral origins. Despite its concerning story balancing issues, “The Tribes of Tatooine” is still live-action Star Wars at its best.

Once again, the big problem that The Book of Boba Fett faces for a second week in a row is that the show has two extremely compelling stories, but not enough time is split into focusing on each of them. “The Tribes of Tatooine” sadly does not separate its runtime between telling the present and past stories of Boba Fett. Episode two ops to start on a high note and then essentially restart itself to continue the Tusken Raiders backstory for the rest of the chapter. Boba Fett’s teachings from the tribe are individually awesome and admirably flesh out the Tusken Raiders, but it is noticeably frustrating how a bigger stakes story is brewing during the opening ten minutes only to be ignored for the next half hour.

In terms of the present’s short runtime, “The Tribes of Tatooine” epically begins conjuring up a future battle between the crime lords of the title planet. It may not be as long as viewers will be hoping for, but the amount of tension and weight put into these moments feels powerful. Between Boba Fett’s encounter with the mayor in private and the Hutts out on the open streets, there is so much to anticipate within the second chapter’s short moments of groundwork. The upcoming war for respect and power escalates even when not much is being done to push the narrative far forward.

The story of the Tusken Raiders is once again Star Wars drawing from classic western and village stories at their finest. The tribalism and evolution of the Tusken Raiders are definitely one of the strongest aspects of Tatooine that both The Mandalorian and The Book of Boba Fett have continued to build off. The full ritualisms on display are nothing short of fascinating as Boba Fett is engulfed by Tusken Raider culture to survive on the Dune Sea. The show’s endeavors to explore how the fallen bounty hunter would eventually gain his gaffe stick and uniform seen in The Mandalorian‘s second season has certainly not been wasted for cheap explanations or shoehorned in. The Book of Boba Fett’s closer examination of one small Tusken Raider tribe and their impact on the protagonist further helps flesh out Boba Fett’s sense of code that the show keeps alluding to.

One of The Book of Boba Fett’s strongest suits though is without a doubt how the show handles symbolism in the form of visual storytelling. The “tribe will learn to conquer an obstacle” story has been done to death, but The Mandalorian and The Book of Boba Fett persist in doing the old structure justice thanks to their interesting mythologies and cinematic direction. The Tusken Raider culture draws heavy inspiration from real-world tribal traditions and leadership. They are always being thoroughly expressive of their ideas and ways. Even though they may speak few words and hide behind masks, it is easy to become invested in the Tusken Raiders and Boba Fett’s relationship with the tribe because of how their lifestyle is shown. The episode could have possibly done more, but “The Tribes of Tatooine” does a fine enough job humanizing a Star Wars species that fans have developed a deep hatred for.

Another aspect that “Chapter 2” really puts on full display is the practical effects The Book of Boba Fett has to offer. The overall costume and alien design of “The Tribes of Tatooine” are simply phenomenal from beginning to end. There are visual moments to write home about, but the articulated prosthetics and physical scoundrels in each scene deserve to be mentioned. On a side note, it is also incredible how much Lucasfilm’s Disney+ productions pay respect to Star Wars lore. From the appearance of Tosche Station to the bounty hunter Wookie Black Krrsantan, there are so many ridiculous connections in this episode that will have fans overjoyed–and best of all, none of these references are major distractions that pull from the narrative (as they should be).

The Book of Boba Fett continues strong with “The Tribes of Tatooine”, but the concern for how much balance will be made in telling its two vastly different stories only grows larger. As the show focuses on the past, the present has been ever so slowly shafted aside with little to no screen time. Hopefully, next week Boba and Fennec will get a chance to show some footing on their uphill battle to become the ultimate crime lords of Tatooine. As it stands, “Chapter 2: The Tribes of Tatooine” is another epic rendition of a timely story Star Wars fans will love. The series just needs time to explore the more anticipated half of its overarching narrative.