Comic books have existed in the Modern Age for some time now, but when it comes to adapting and translating panels to television, things have always been a bit hit or miss. That’s starting to change, as the floodgates have opened, and all manner of comic book-related TV shows are now on our screens and streaming apps. This glut of superhero entertainment begs the question: do we have too much of a good thing when it comes to comic books being adapted to our TV screens?

Since the early 2000’s, shows like Smallville and Heroes have paved the way; the latter featured many characters from Superman’s Mythos, some for the first time, and expanded on many others in greater detail throughout the ten seasons. It even indicated many of the tricks of the trade we now see on current comic book shows, such as over-reaching story arcs, long-term pay offs for choices and characters, fleshing out an entire universe little by little, and letting the supporting cast get in on the fun as well. Heroes was another pioneer, and while not being based on comics, it featured the storytelling techniques and style of comic books to great effect (at least for a few seasons).

The modern slate of comic television didn’t begin until 2012 with The CW’s Arrow, followed by  rest of the DC Comics Television Universe, as well as Marvel extending its branches with ABC and Netflix. As it stands, The CW has four comic book shows involved in the DCTV Universe that they’ve built over the years – Arrow, The Flash, Legends of Tomorrow, and Supergirl – and they have all intimately crossed over with one another at some time. Ongoing plots in The Flash, such as Barry’s constant use of time-travel, affected the other shows in both the Legends Crossover and the Invasion! Crossover. Barry rewriting time in the “Flashpoint” episode of his show changed Diggle’s daughter to a boy, jeopardizing the Legends’ entire mission by giving Professor Stein a daughter that wasn’t there when they began their journey.

Watching these shows separately will only give you a chunk of the overall picture; by themselves they do their best to bridge the gaps and recap, but can only deliver on their pwn specific statuses, not what’s going on with another show. These crossovers create a conflict of sorts, as they pique interest in different shows involved, but also instill a sense of incompleteness with those you otherwise might not be watching. The trouble with creating and sustaining a universe is that if you aren’t watching all the necessary parts – such as missing the episode of Supergirl where The Flash accidentally runs into her universe, which reveals information about the Multiverse and the beginnings of their friendship – then you’re not getting the whole story, and in the worst cases, continuity errors and revisions could unknowingly happen to solve problems inside the show. Every now and again The Flash and Arrow have used one another in small bursts, whether it was Oliver calling on Barry to use his powers to convince a Police Officer that the Arrow is a force to be reckoned with, Cisco and Caitlin helping Team Arrow with upgrades, or Diggle and Lyla stopping by Central City to help recapture King Shark for A.R.G.U.S.

Small and large-scale crossovers are a double-edged sword for a blooming universe; that’s the trap of the MCU and the Marvel Netflix strategy. By the end of 2017, Marvel Cinematic Netflix will consist of two seasons of Daredevil, Jessica Jones, Luke Cage, Iron Fist, The Defenders, and Punisher. All of these shows have thirteen episode-long seasons (excluding The Defenders, an event series that will be eight episodes). Between them all, you have thirteen hour-long shows all weaving, connecting, and being told in a certain order…similar to that of a very comic book. Given the location of the Marvel Netflix is centered in New York and its many boroughs, you’ll see characters spill out into other shows or at least referenced. Claire Temple (a.k.a. Night Nurse) is the prime example of this. Claire got her start in Daredevil after helping him from nearly dying in a dumpster. Over time she gets more entangled with his problems to the point of constantly stitching Daredevil back together and being kidnapped herself. This becomes a running joke throughout all four of the Netflix Shows, as Claire is a main focal point for Daredevil, Jessica, Luke, and Danny, because of she’s met all of them respectively and has helped them at some point.

Marvel has a universe that is being layered and filled across all of their movies, TV channels like ABC and Freeform, and streaming apps like Hulu and Netflix. That’s a lot of one universe to seemingly keep up with, and while it’s good to spread your audience across platforms, it then becomes a choice of priority and deciding if a show that’s loosely connected to the grand scheme is worthy of your money.

On top of that, the comic book landscape isn’t just the Big Two fighting over your time and money. Many channels are looking beyond household heroes, dipping their toes into what’s now considered “mainstream” – and to wild success. AMC’s The Walking Dead has redefined itself as the premiere zombie show past the time where vampires, werewolves, and zombies were considered the latest Hollywood Phase, and FX has created a winning team with Noah Hawley’s mind-melting take on Legion, a show based around the X-Men Universe, where time and continuity aren’t really things that can weigh them down because they march to the beat of their own drum. The further you analyze the number of comic books shows there are versus the ones in various stages of development, it really is daunting. Everyone wants another staple show based around supermen, hero teams that can barely get along, or even obscure comics that are older than you.

So, to answer the question posed at the beginning of this piece, yes, we do have too much of a good thing with all of these comic book shows coming to us. With so many shows now in the field, it’s become a battleground for companies kickstarting their own universe, giving audiences a unique experience to talk about weekly and redefining what it means to be “based on a comic book.” Through all of the noise, there is diversity and variety like never before on the panel and screens; the modern age of comics is filled to the brim with a show for almost any type of fan with no signs of slowing down. But despite the overwhelming amount of content to keep track of if one wants the whole picture, the parallels of comics learning from the shows and vice versa is a fantastic relationship that strengthens the ties between the source material and the adaptations. Comics are finally being given their fair due, and though it’s happened to come with some oversaturation of the market, it’s ultimately a good thing that studios have embraced the saying, “the more the merrier!”

The Get Down Is Worth It, Wack Parts and All 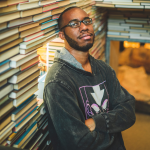 Young writer. I write a lot about comics, movies, television, music, and just about anything else I can think of.