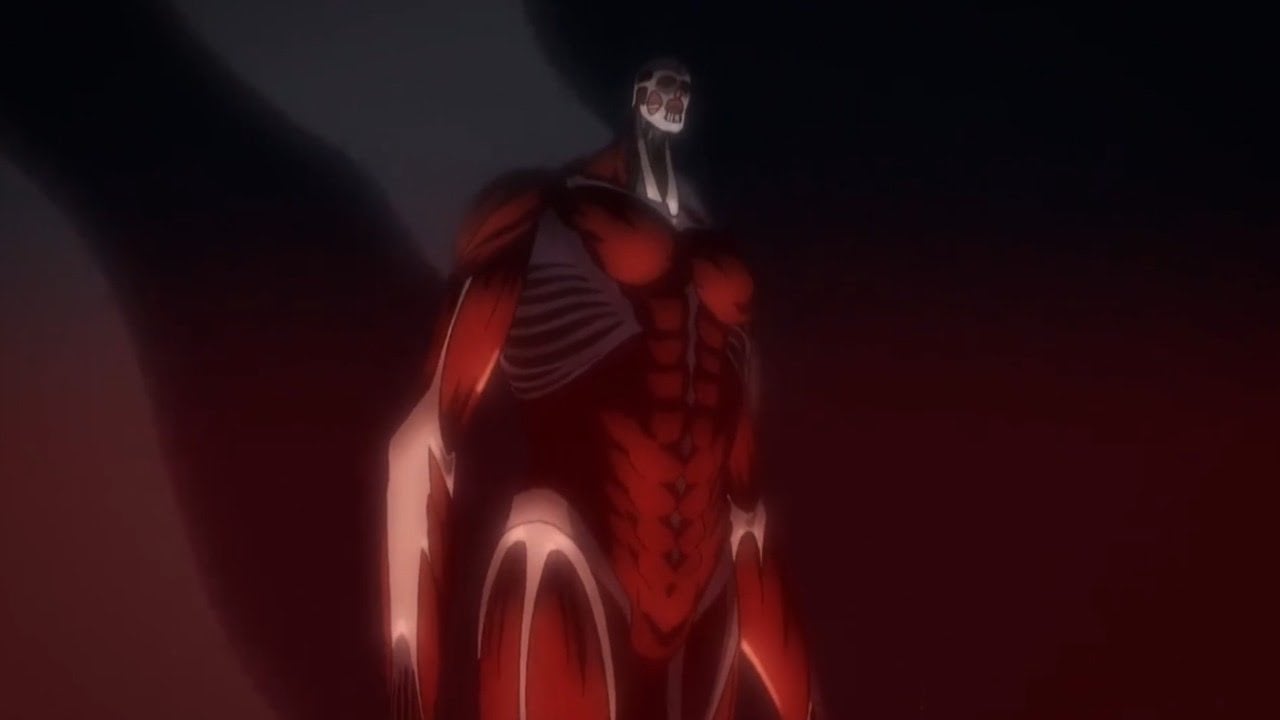 What a wild ride the final season of Attack on Titan has been so far. From its slow, lingering start to the full-blown assault on Marley. Things don’t seem to be slowing down one bit either–on the contrary!

As “The War Hammer Titan” saw the conflict between Marley and Paradis break out into total war, the battles have been moving so fast that it almost takes two watches of an episode to even process everything that happens. Now, in “Assault”, that frenzied pace has dialed up to an even faster click.

The first thing we need to talk about, though, is that the War Hammer has fallen. As Eren used her crystalized body to block an attack from the Jaw Titan, he noticed the claw marks in the crystal and developed a devious plan. With Mikasa’s help, he dismembered the Jaw Titan in one of Attack on Titan‘s grisliest scenes yet before forcefully using Jaw’s powerful mandibles to crush his friend.

We also see Eren’s eyes light up momentarily as he drinks the blood of Lara Tybur’s crushed corpse, suggesting that he now has the powers of both the Attack Titan and the War Hammer. We’ve never seen a Titan wielding two of the nine’s powers at once so we have no idea what this will look like in the future, but the way the scene was animated seems to suggest that he does indeed have both Titan powers now.

“Assault” also saw Attack on Titan S4’s first appearance of Armin and Hange. Armin’s brilliant mind concocted not one but two daring plans. The first saw him float into Marley’s harbor on a single rowboat before transforming into the Colossal Titan and obliterating Marley’s entire naval forces in a single blow. Further muddying the waters, Armin briefly looks down at the horrific destruction he has caused and spares a thought for Bertholdt, who he ate alive last season.

The second part of his plan seems to concern reconnoitering with the remaining scouts in an armored zeppelin flown by Hange and a small aircrew. As they seek to pick up the members of their forces not gunned down by Pieck’s Cart Titan, what is next for the Scouts? They’ve already downed the Jaw, Cart, War Hammer, and Beast titans in a single assault, with one confirmed dead and two more seemingly on the edge of death. What’s next in their no-holds-barred attack?

As a side note, this episode ought to put to bed any concerns that MAPPA wasn’t up to the task of inheriting Wit’s work on Attack on Titan. Case in point: the all-out war sequence that saw the battle changing perspectives from scout to titan to scout, and back again, in an incredibly textured, free-floating experience of the frenetic pace of the battle. A sequence that rivals the best of what Wit was capable of on the series, it’s a major highlight of “Assault” and a showcase of what we can expect from the remainder of the season.

Finally, we’d be remiss to forget about Reiner. Having safeguarded Falco and returned him to the surface, Reiner seems prepared to die at last. However, even in his misery, he can hear Gabi and Falco’s desperate cries. With the entire titan force of Marley, and much of their military, now useless, can Reiner fight off Eren at last? Either way, it’ll be a rematch for the ages as their tussle in season 2 is still a series highlight.

More likely, as we guessed last week, Gabi will be the deciding factor in next week’s episode. If the preview is any indication she will be the focus of next week’s Attack on Titan. The episode, bearing the ominous name of “Assassin’s Bullet” could see a major Scout taken out. Until next week, though, we’ll just have to speculate endlessly about who this particular bullet is for and what the fallout will be for both parties.